Putin called for effective use of every ruble 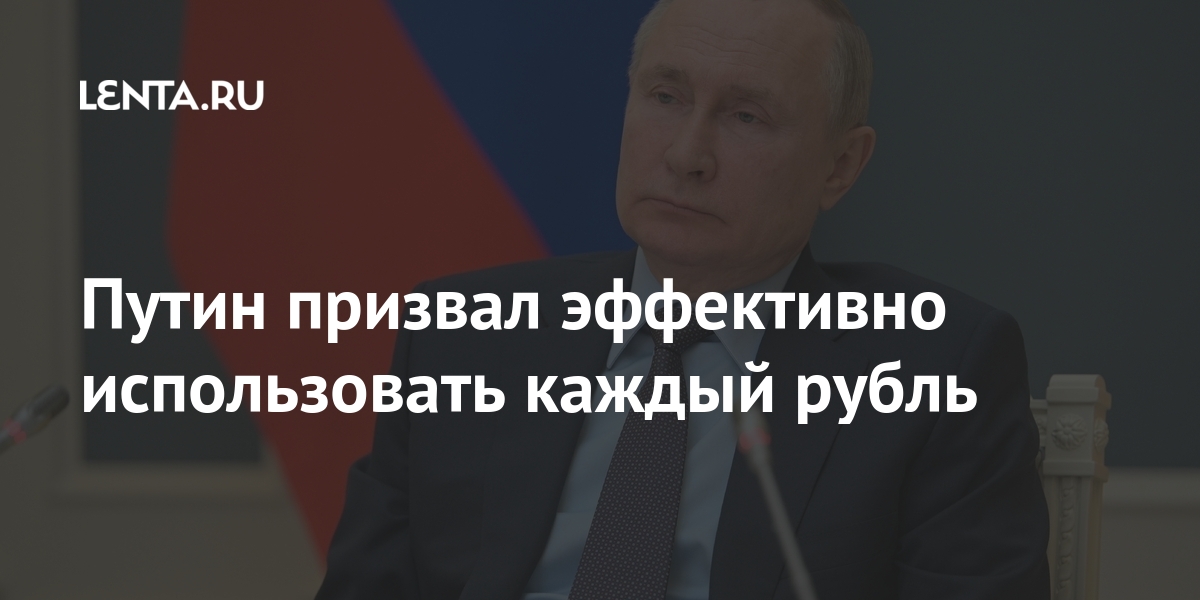 Russian President Vladimir Putin called for achieving maximum results in terms of economic development and efficient use of every ruble. He stated this during a meeting on the preparation of a message to the Federal Assembly, writes RIA News…

“Of course, we need the result to be maximum in terms of economic development, support for enterprises, support for people, especially those who need support from the state,” the Russian leader said. According to him, it is necessary to ensure that each ruble is effectively used and benefits the development of the economy and each individual person.

Earlier, the press secretary of the Russian president, Dmitry Peskov, said that during Putin’s message to the Federal Assembly, the heads of the regions, as well as members of both chambers of parliament – the State Duma and the Federation Council, would be present. Peskov said that on April 19 and 20, the head of state will prepare for the message. In particular, the president is scheduled to hold a meeting with his administration and government, and international telephone conversations are not ruled out.

Putin’s address to the Federal Assembly will take place on April 21. The previous appeal took place in January 2020. Then one of the main statements in his speech was a proposal to amend the Constitution of Russia. Last November, the Kremlin announced it was postponing the message to 2021, noting that there is no legal obligation to deliver the message until the end of the calendar year.

Matteo Salvini, acquitted of the kidnapping of persons