Putin banned the heads of regions from being called presidents 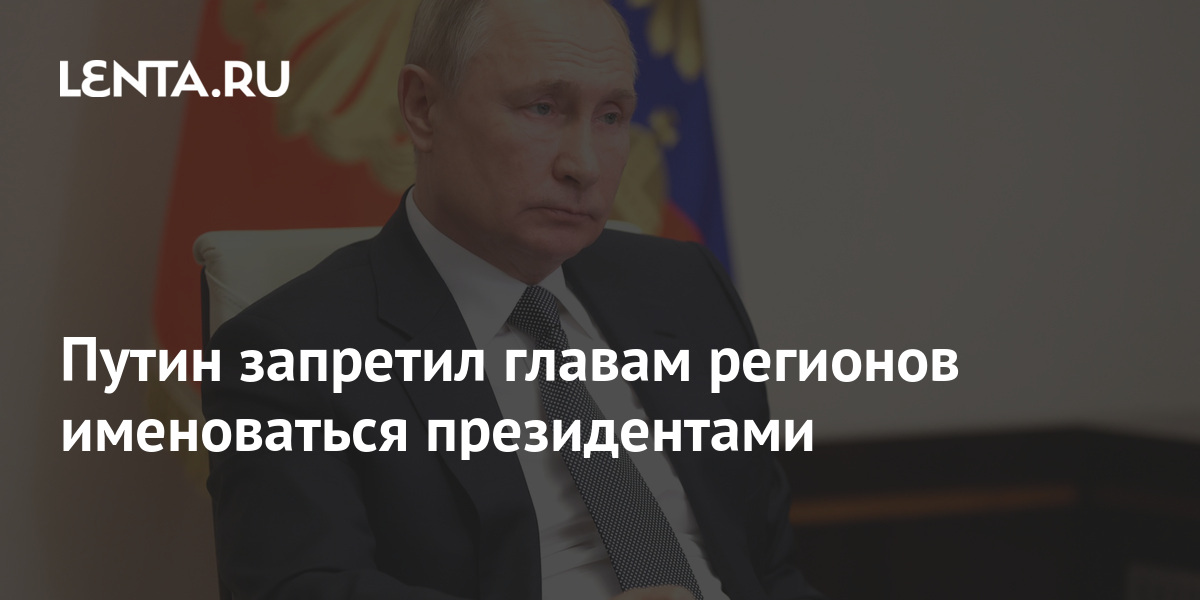 We are talking about the federal law “On the general principles of the organization of public authority in the constituent entities of the Russian Federation.” The document introduces a uniform for all regions name of the position of a senior official – “head of a constituent entity of the Russian Federation”. In this case, an additional title of the position is allowed, but it is prohibited to use the word “president”.

The highest executive body of power in the Russian region can be called not only the government, but also have a different name, based on historical and national traditions.

Also, the document establishes a single term of office for the heads of regions and cancels the ban on holding this post for more than two consecutive terms.

The law was passed by the State Duma and the Federation Council earlier in December. It comes into force on the day of publication, with the exception of some provisions.

Forecaster spoke about the weather in Moscow in January