Putin announced the possibility of solving the housing problem in Russia 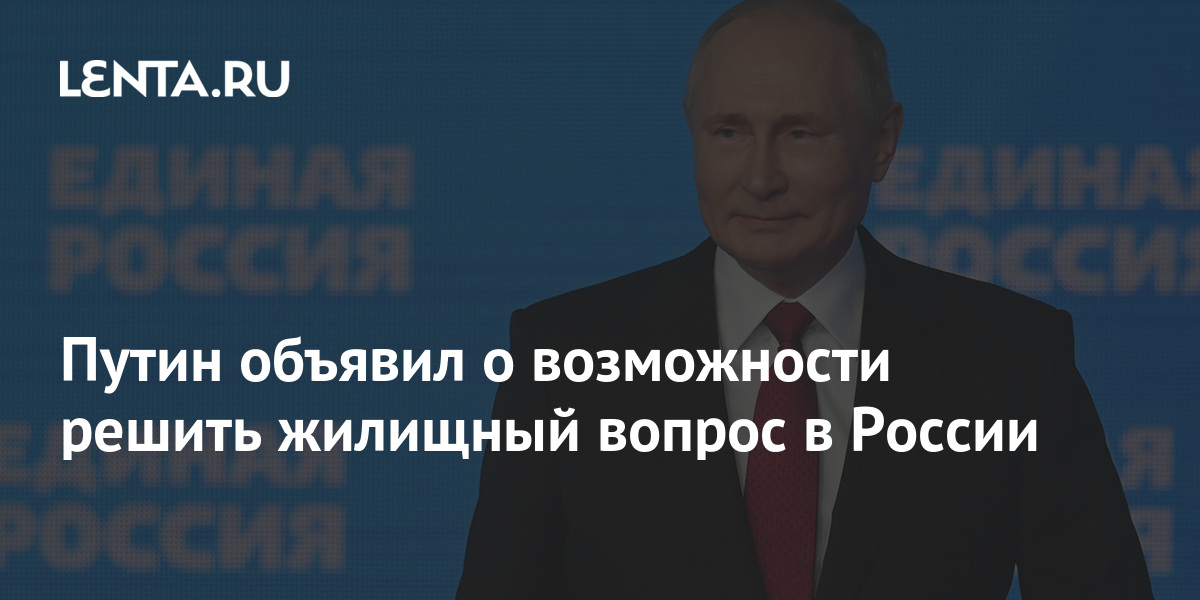 Russian President Vladimir Putin announced that the country for the first time in history has the opportunity to generally resolve the housing issue. His words lead TASS…

“The situation is such that for the first time in the entire history, perhaps, of tsarist and Soviet Russia, and modern Russia, we are able to solve this problem [обеспечения жильем] in general, ”he said.

Earlier, the president proposed to allocate 45 billion rubles for a new program for housing resettlement. The innovation will affect facilities recognized as hazardous as of January 1, 2021. “Now the regions are settling emergency housing, which was recognized as such at the beginning of 2017. Last year we added 50 billion rubles to this program, and today the work is going ahead of schedule, ”said the head of state.

In July 2020, Putin already said that the country had a historic chance to solve housing problems. “We have a historic chance in the foreseeable future, absolutely understandable, perhaps for the first time in the history of Russia, to radically resolve the housing issue. We must not miss this chance. We need to work hard on this, ”- noted he.

Then the president noted that in order to reduce the cost of a square meter of housing in Russia, it is necessary to reduce construction costs.

Mother of the Emirates.. Builder of women’s edifices and fortresses