Putin announced the deployment of unique weapons on combat duty 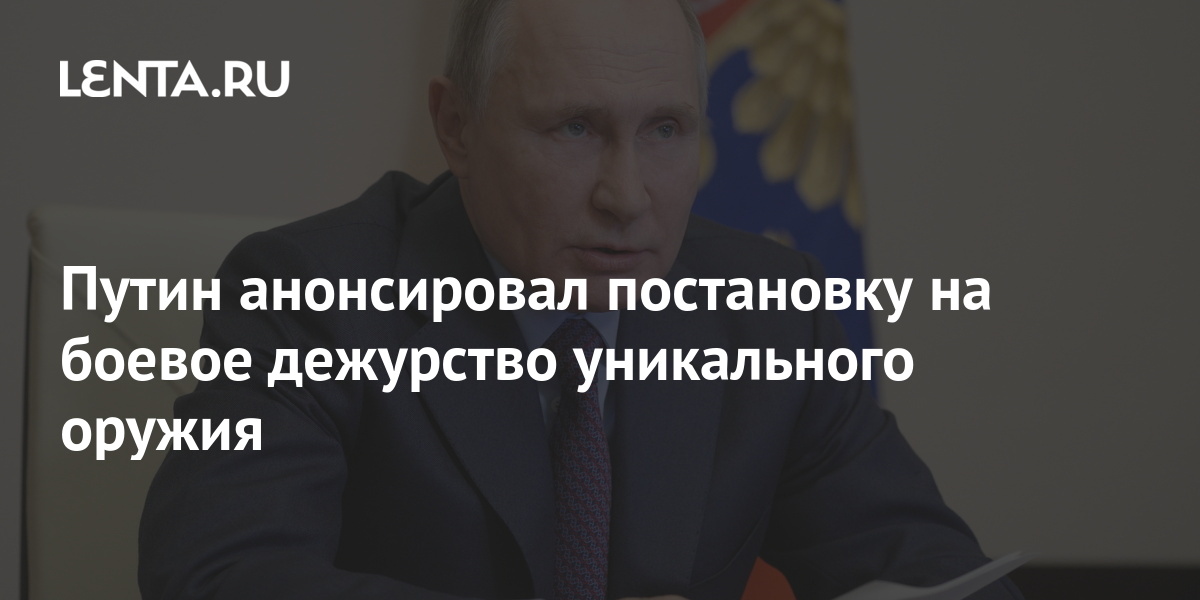 The new unique weapon will soon be put on alert in Russia, President Vladimir Putin announced at a meeting in the Kremlin with graduates of military universities. It is reported by TASS on Monday, June 28th.

The head of state also noted that the new state armament program is being formed taking into account the promising developments of leading research teams and is aimed at further strengthening the defense potential of the Russian Federation.

In May, Defense Minister Sergei Shoigu said that the Russian Armed Forces have weapons that no other country in the world has – hypersonic ones. He noted the increase in the power of the Russian army.

In December 2019, the Strategic Missile Forces regiment, equipped with the new Avangard hypersonic complex, took up combat duty. The winged warhead of the complex is capable of flying at a speed 20 times higher than the speed of sound. For the first time, the president spoke about this unique weapon during a message to the Federal Assembly in March 2018.