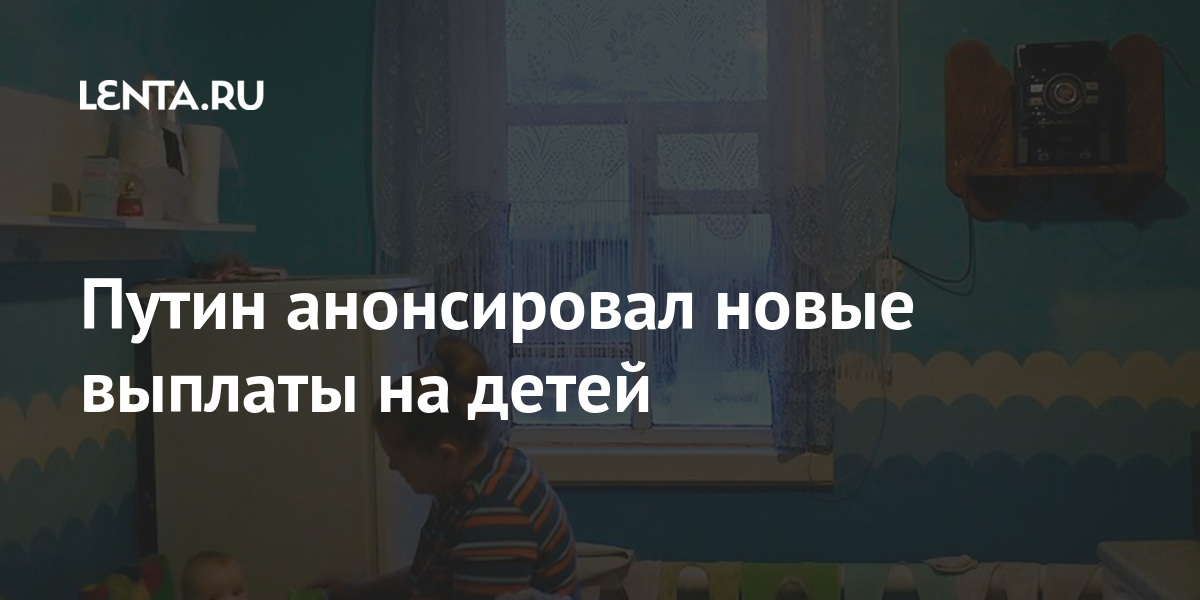 Russian President Vladimir Putin announced new payments for children. He said this during a message to the Federal Assembly, which is broadcast on Youtube…

The President proposed to separately support single-parent families, children from such families aged 8 to 16, inclusive, will receive a payment of 5,650 rubles. In addition, the head of state offered to pay needy pregnant women 6 350 rubles a month.

Earlier in his address, Putin recalled empty shelves in stores in the 1980s and 1990s and called for a repeat of this situation. For this, he said, it is necessary to use market mechanisms for regulating prices. “Of course, you cannot rely on, in fact, directive measures. We remember what this led to back in the 1990s, in the late 1980s in the Soviet Union – to empty shelves, ”he said.

Help for those affected: "Hate online is an experience of violence"

‘A place at the top’: a climb in British high society