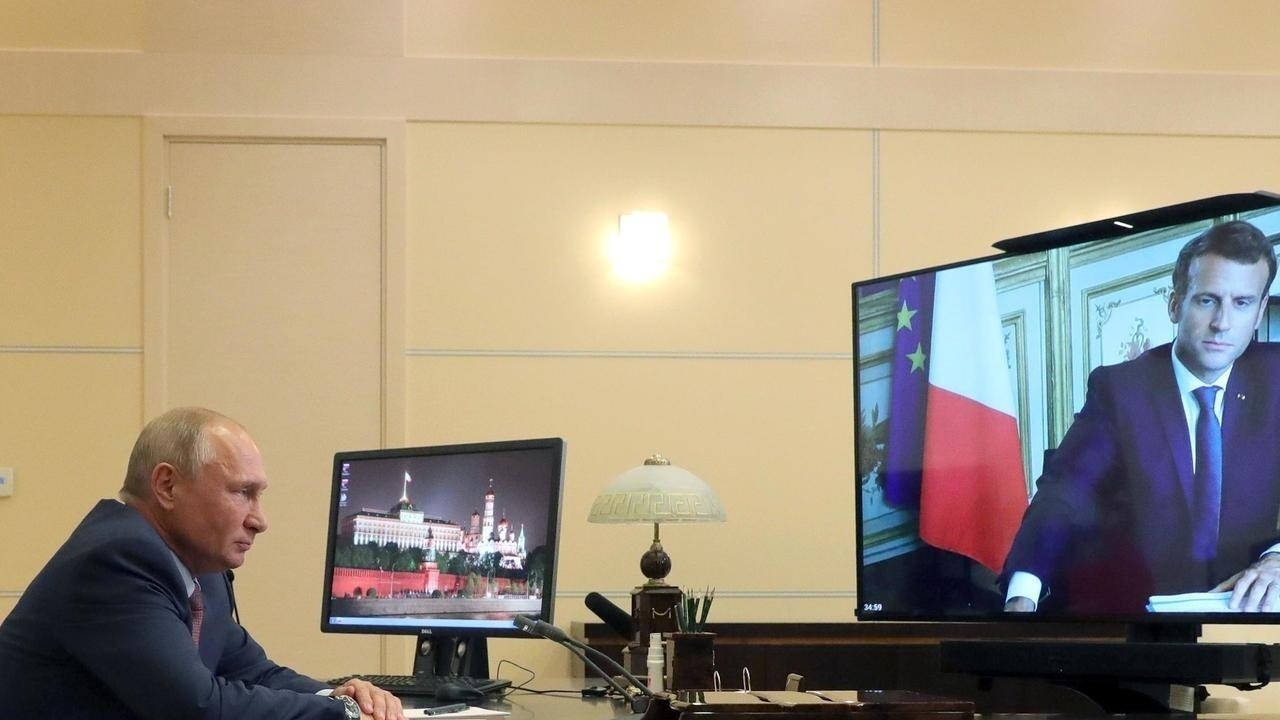 In their conversation, Russian President Vladimir Putin and his French counterpart Emmanuel Macron addressed issues such as the conflict in Nagorno Karabakh, the situation in Ukraine and future relations between Moscow and Brussels, at a time of strong tensions between Russia and the European bloc.

This Friday, the presidents of Russia and France addressed various issues through a telephone call in which they spoke from the situation in Ukraine and Libya to the relationship between Russia and the European Union at a time of extreme tension between the two.

According to the Kremlin, the leaders discussed the situation in Nagorno Karabakh, the conflict in eastern Ukraine, the war in Libya and the recent summit between Russia and the United States, as well as trade and economic issues between Russia and France.

The Kremlin stressed that “the president of Russia drew attention to the need for greater involvement of European partners, including France, in solving the humanitarian issues of the inhabitants of the regions affected by the war” in the Nagorno region. Karabakh.

Both presidents agreed on the importance of forming a “constructive and predictable” relationship between Moscow and Brussels. This, they indicated, would help address issues such as cybersecurity, international terrorism, health issues and climate change.

The war, the political crisis and the differences between the East and the West, themes of the call

Vladimir Putin and Emmanuel Macron focused their conversation on countries affected by war and political pressure. In addition, they highlighted the growing tensions between east and west and proposed solutions to prevent ties between these two European regions from being broken.

The presidents concluded that the presence of Russian peacekeepers in Nagorno Karabakh, a region in the midst of the recent war between Armenia and Azerbaijan, has helped stability in the region.

As for Ukraine, the Russian leader highlighted the need for the Kiev authorities to comply with the provisions to solve the problems that this country faces. Putin insisted on dialogue with the separatist republics of Donetsk and Lugansk. Likewise, it reinforced the importance of obtaining a concession of a special status to the Donbas, a historical region in the east.

On the other hand, Macron expressed his wish that Russia and the European Union can settle their differences, to which Putin replied that he was willing, as long as the EU shows interest.

The French leader also urged his Russian counterpart to discuss the results achieved after Putin and US President Joe Biden discussed pressing issues at the Geneva-based summit in June. Finally, they highlighted the commercial and economic matters between France and Russia.

However, Macron stated that he did not view the decision with a bad eye. “There was no consensus for a quick summit. From my point of view, it is not a drama at all. The most important thing is that we are structuring this agenda (of relations with Russia) and that we maintain unity, because division is what we it weakens, “Macron said after the bloc’s summit held last Thursday and Friday in Brussels.