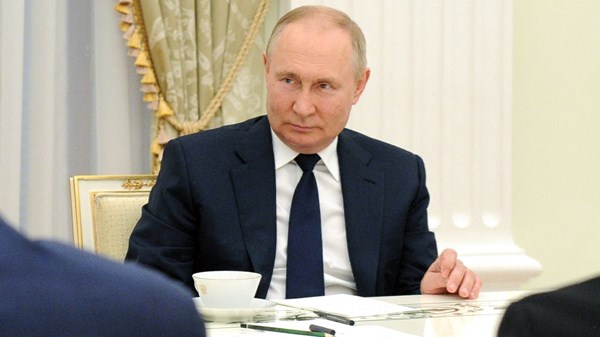 Russian President Vladimir Putin publicly agreed on Friday to evacuate civilians from parts of Ukraine’s southern Kherson region, in the latest sign of Russia’s retreat into one of Ukraine’s most contested regions.
“Now, of course, those who live in Kherson must be removed from the region where the most dangerous actions are taking place because civilians should not suffer,” Putin told pro-Kremlin activists during Russia’s National Unity Day celebration.
Moscow is already relocating people from an area it controls in Kherson, on the western bank of the Dnipro River. It announced this week that the evacuation zone would also include a 15-kilometer buffer zone on the eastern bank of the river. But the comments appear to be the first time Putin has personally approved the evacuation.
Russia says it is moving residents from the Ukrainian path of progress to safety. Kyiv says the measures included the forcible deportation of civilians from Russian-controlled territory.
Putin’s comments come as indications are emerging that Russia may be preparing to give up its military zone on the western bank of the Dnipro River, which includes the capital of Kherson province, in what would be one of Russia’s biggest setbacks in the war.
Kirill Strimosov, the Russian-appointed deputy head of the administration in Kherson, said on Thursday that Russia was likely to withdraw its forces from the West Bank. He was more ambiguous in later statements when he expressed the hope that there would be no withdrawal, but that “we have to make some very difficult decisions.”
Pictures circulating on the Internet showed the main administration building in the city of Kherson, and the Russian flag no longer flew over it. Kyiv is being cautious and says such signals may be deceiving Russia to lure Ukrainian forces into a trap.

See also  The death toll from the crash of the Russian fighter increased, and Moscow reveals the reason