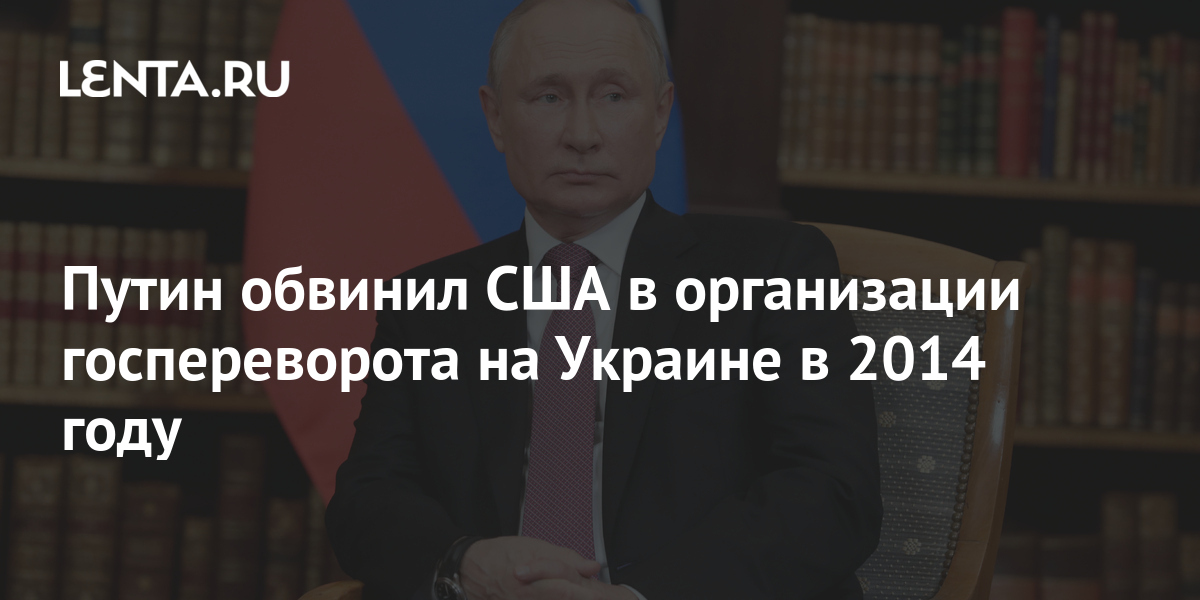 The coup d’état in Ukraine in 2014, which resulted in the split of the country and the secession from Crimea, was organized by the United States. President Vladimir Putin wrote about this in the article “Be open despite the past” published on the occasion of the 80th anniversary of the beginning of the Great Patriotic War in the German newspaper Die Zeit.

“Why did the United States organize a coup, while European countries weakly supported it, provoking a split in Ukraine itself and the withdrawal of Crimea from its composition?” – writes the Russian leader.

According to him, Europe actively supported the “anti-constitutional armed coup in Ukraine.” “Since this all started. Why did you need to do this? Then the current president [Украины Виктор] Yanukovych has already agreed with all the demands of the opposition, ”Putin said.

In the article, the head of the Russian state also writes that after the war, many countries faced NATO’s ultimatum: to be either with the collective West or with Russia. However, the prosperity of Europe is possible with the joint efforts of all countries, including Russia, he stressed.