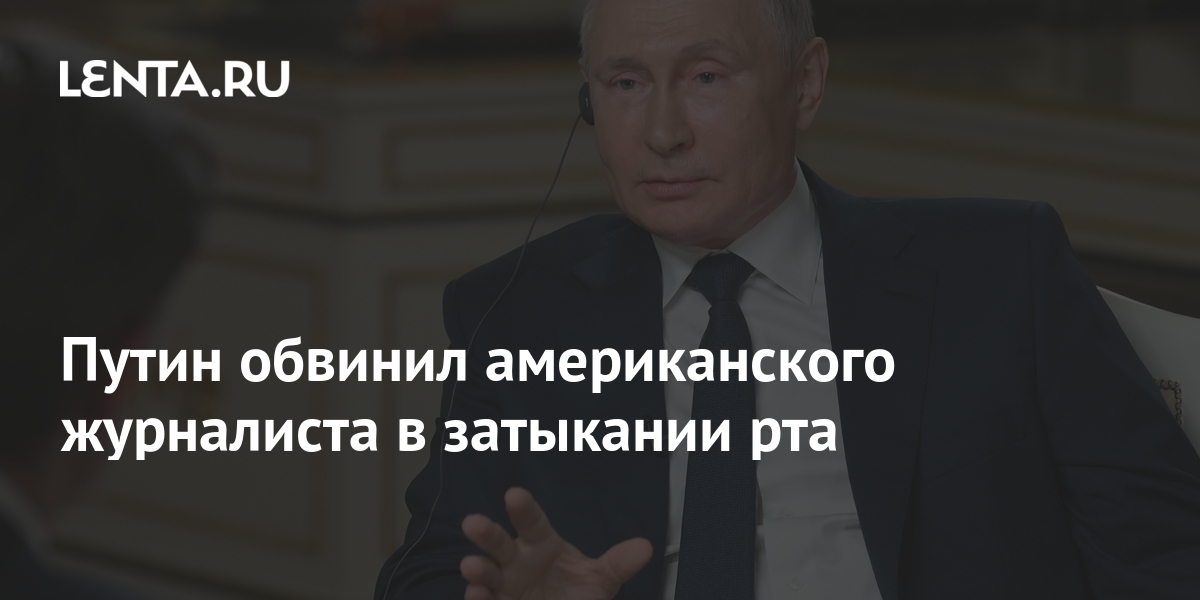 The NBC correspondent interrupted Putin more than once during the conversation, to which the Russian leader said that it was in the viewer’s interest to let him answer the question in full. “If you have patience and let me say to the end what I want to say, everything will become clear to you. But (…) you don’t want your viewers to hear my answer … you shut me up, ”the president said.

Earlier it became known that NBC journalists spent two weeks in quarantine before talking with Putin. The interview took place on June 11 in the Kremlin. The head of state, in particular, answered questions about the incident with the Ryanair plane in Belarus, fear of opposition and the conditions of detention of the founder of the Anti-Corruption Fund (FBK, included by the Ministry of Justice in the register of organizations performing the functions of a foreign agent, and recognized as an extremist organization) Alexei Navalny in jail.