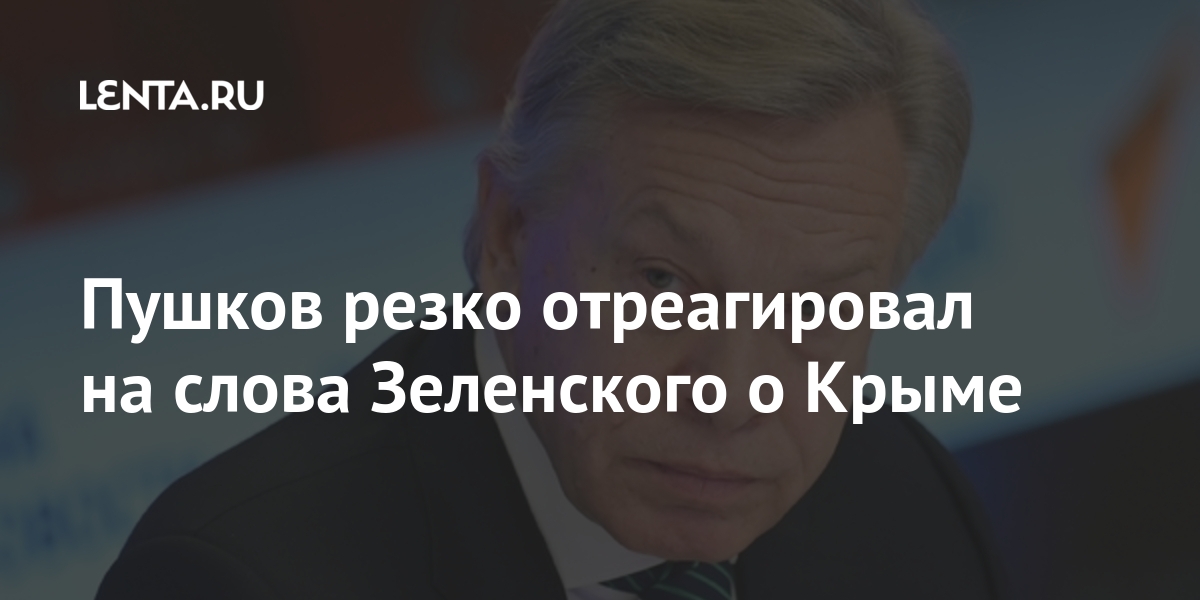 Member of the Federation Council Alexey Pushkov in his Twitter-account reacted sharply to the words of the President of Ukraine Volodymyr Zelensky on the occasion of the anniversary of the referendum on the annexation of Crimea to Russia.

“It was not the 2014 referendum in Crimea that was fake – Zelensky himself was and is fake, promising one thing as a presidential candidate, but doing something completely different,” the senator said.

According to Pushkov, because of this, the level of support for Zelensky in Ukraine fell fourfold. “And his Crimean Platform is doomed to failure,” the politician concluded.

In September 2020, the Ukrainian leader presented the concept of the Crimean Platform to the UN and invited the international community to join the initiative. With the help of it, Kiev intends to tackle the problems of the economy and ecology, “the protection of the rights of the Crimean people and the de-occupation of the peninsula.” The first summit at the site is scheduled for August 2021 in Kiev.

Is it time for a European Travel Agreement?