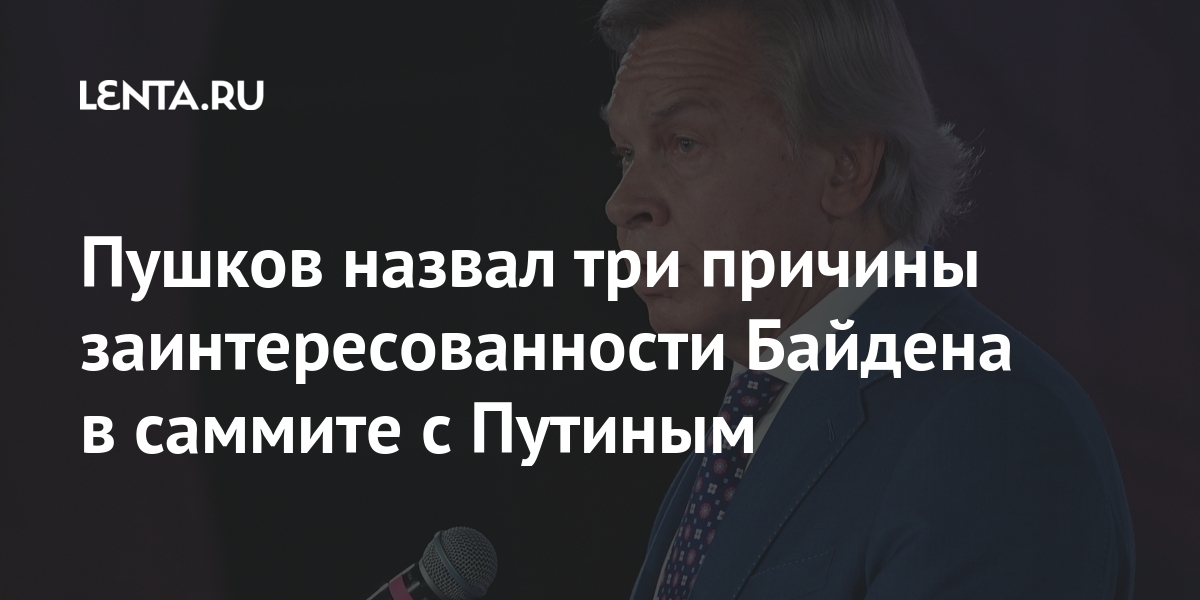 Senator Alexei Pushkov named three reasons for the interest of US President Joe Biden in the summit with his Russian counterpart Vladimir Putin. He published the corresponding post in his Telegram-channel.

According to him, first of all, the idea of ​​the summit is connected with the escalation of the conflict in Donbass, the consequences of which may negatively affect the positions of Washington.

“At one time Kiev rushed into such a conflict – and lost big. A repetition, and with even worse possible consequences for Ukraine, would be a strong blow to the US position, ”explained Pushkov.

In addition, the American president sees the meeting with Putin as an opportunity to return Russia to the “world community”, the senator believes. In his opinion, Biden will demand that Moscow refuse to support the self-proclaimed DPR and LPR for this.

Another reason why the American leader is interested in dialogue with the Russian Federation, Pushkov calls Biden’s awareness of the vulnerability of the United States to the latest Russian weapons.

On April 13, Biden, during a telephone conversation, invited Putin to a bilateral summit on neutral territory. White House spokeswoman Jen Psaki said the presidents could meet face-to-face next summer. Pushkov, in turn, called the proposal of the American side for negotiations – not a dialogue with a counterparty, but “communication with the enemy.”

“SEHA”: Emergency departments around the clock