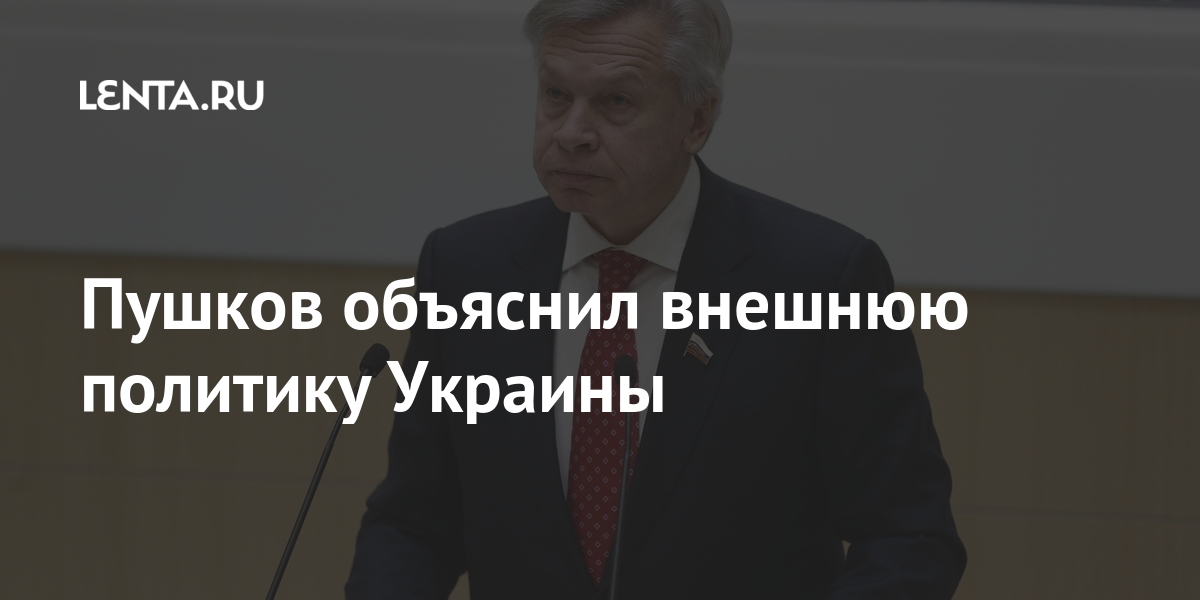 Member of the Federation Council Aleksey Pushkov commented on the ultimatum put forward by the former President of Ukraine Leonid Kravchuk regarding the Minsk agreements. According to the senator, Kiev’s foreign policy is directly dependent on the United States. Pushkov wrote about this in his Telegram-channel.

He noted that Ukraine for 30 years of existence has not managed to overcome the lack of historical statehood. “Hence – the current unambiguous dependence on the West and, above all, on the United States as the only possible form of the existence of modern Ukraine,” the senator explained.

The Federation Council member also added that there is no independent full-fledged elite in the country. According to Pushkov, Kiev is looking for patrons for itself: at different times they were Russia, Sweden, Poland, Austria, Hungary and Germany.

On May 3, the head of the Kiev delegation to the Trilateral Contact Group (TCG) for Donbass, Leonid Kravchuk, issued an ultimatum for the region. He suggested abandoning the “Minsk format” of negotiations if it could not be “revived”. In addition, the politician said that it would be possible to finally accept the position on the “Minsk format” only after the meeting between US President Joe Biden and Russian President Vladimir Putin, as well as Putin’s meeting with Ukrainian leader Vladimir Zelensky.

Americans among the victims of the stampede in Israel