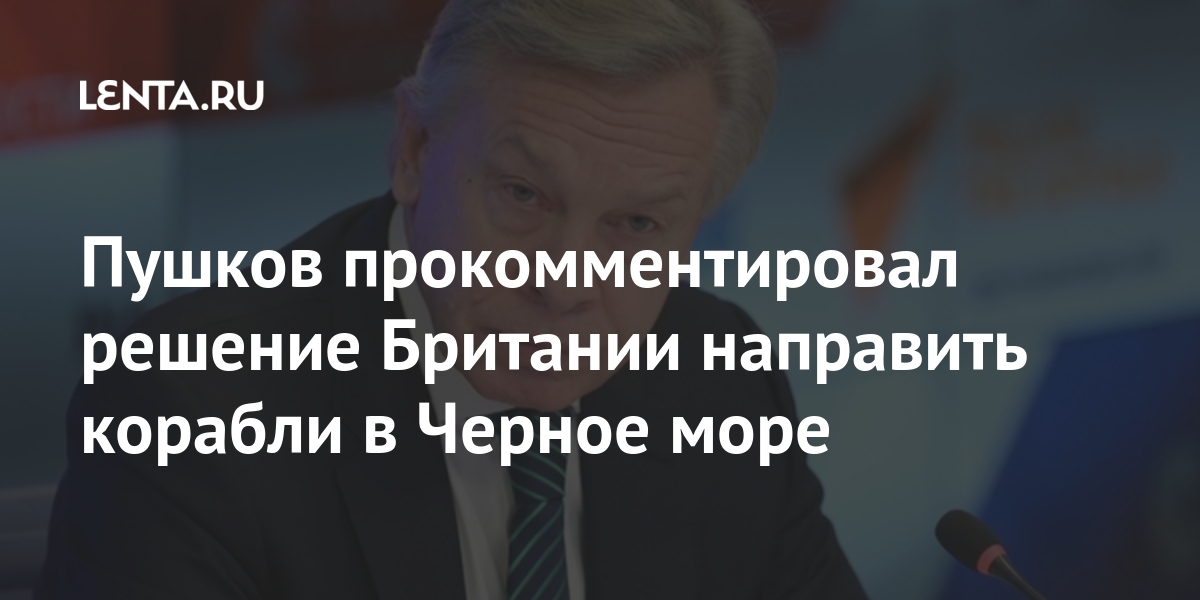 Member of the Federation Council Alexey Pushkov in his Telegram-channel commented on the decision of Great Britain to send ships of the British fleet to the Black Sea as a sign of support for Ukraine in connection with the situation on the Russian-Ukrainian border.

The senator noted that in a poll conducted by the British tabloid Daily Express, 73 percent of respondents opposed any action by London against Moscow. Most Britons remember that previous military interventions cost the country a lot of lives and money, he said.

“Therefore [премьер-министру Борису] Johnson better save money on sending two warships to the Black Sea “in support of Ukraine” <...> This unnecessary demonstration of British post-imperial complexes can be dispensed with, ”said Pushkov.

Earlier, The Times, citing sources in the Navy, reported that the destroyer and anti-submarine frigate would separate from the Royal Navy’s carrier group in the Mediterranean and go through the Bosphorus to the Black Sea. The purpose of their deployment off the coast of Ukraine is to demonstrate London’s solidarity with Kiev and NATO allies in the region. British ships are expected to enter the Black Sea in May.

The numbers condemn Luis César at the head of Lugo

Reader ‘s opinion Would it be time to move public holidays into the weekend?