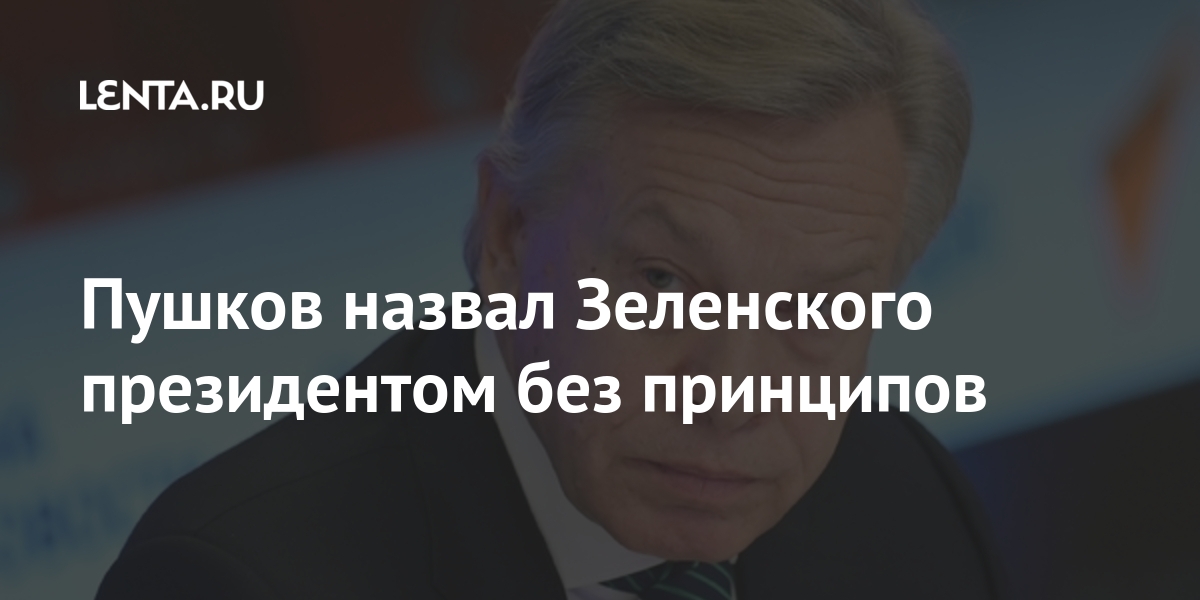 Federation Council member Alexei Pushkov called Ukrainian President Volodymyr Zelensky a president without principles. He stated this in his Telegram-channel.

The senator reacted to the words of the Ukrainian leader, who had earlier called on the deputies of the Servant of the People party to unite on issues “of principle for the country”.

“He had [Зеленского] kind of like a principle – not to touch the Russian language. Touched. There was a principle – to try to “win the minds and souls” of the inhabitants of Donbass. I changed this “principle” without even trying. There was a principle: restore democracy after reign [бывшего президента Украины Петра] Poroshenko. But instead, Zelenskiy stopped her – even what was left of her by closing three TV channels. There was a principle – the willingness to kneel down for the sake of peace. Canceled: residents of the DPR / LPR were invited to kneel, ”the senator noted.

Earlier, Pushkov criticized Zelensky after blocking the TV channels 112 Ukraine, ZIK and NewsOne. “You can’t take seriously what Zelensky promised, said and says,” the senator wrote. So Pushkov commented on the statement made by the Ukrainian leader in 2019 that he would never block TV channels. The senator added that Zelensky’s “words have nothing to do with deeds.”