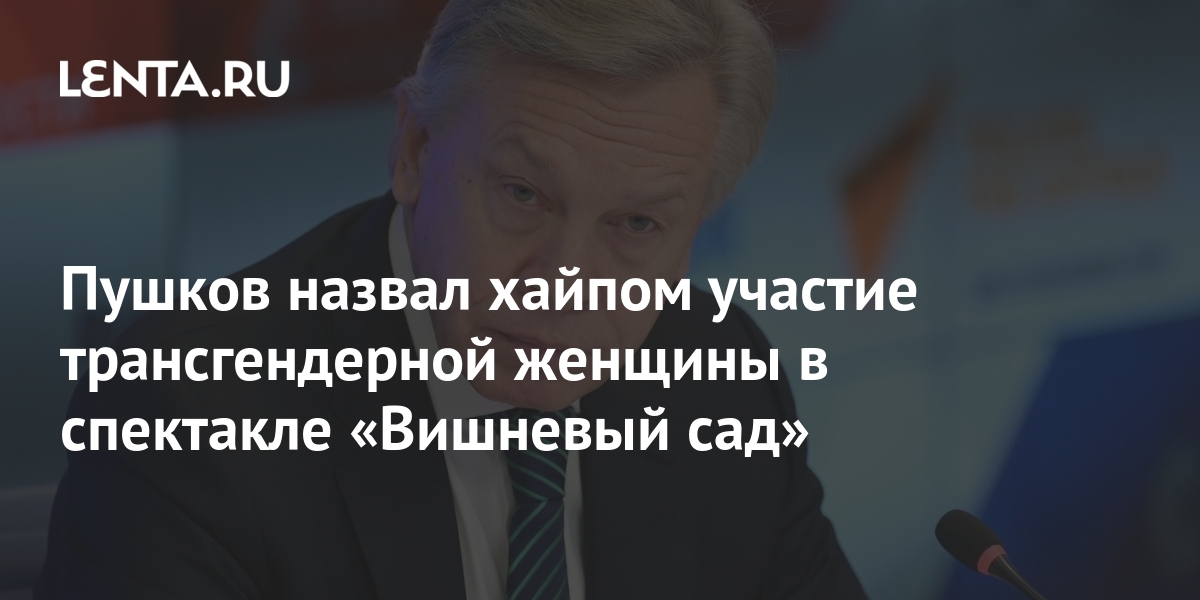 Member of the Federation Council Alexey Pushkov in his Telegram-channel commented on the news that the artistic director of the Theater on Bronnaya Konstantin Bogomolov invited a transgender woman Natalia Maksimova to play in the play “The Cherry Orchard”.

“Where is Bogomolov’s“ theater ”without a transgender person. No way. This is a trend in the West. So our eternally secondary ones are enthusiastically copying new Western platitudes, ”the senator wrote.

Pushkov noted that “art has nothing to do with it.” According to him, this is a hype.

On June 30, Bogomolov said that he had invited Maksimova to play in the play “The Cherry Orchard”, which will be released next season. The production will be directed by Mikita Ilyinchik, a graduate of the GITIS directing department last year. He admitted that he wants to do “advanced theater with TikTok”, where there will be healthy competition and “creative airing” among the actors.