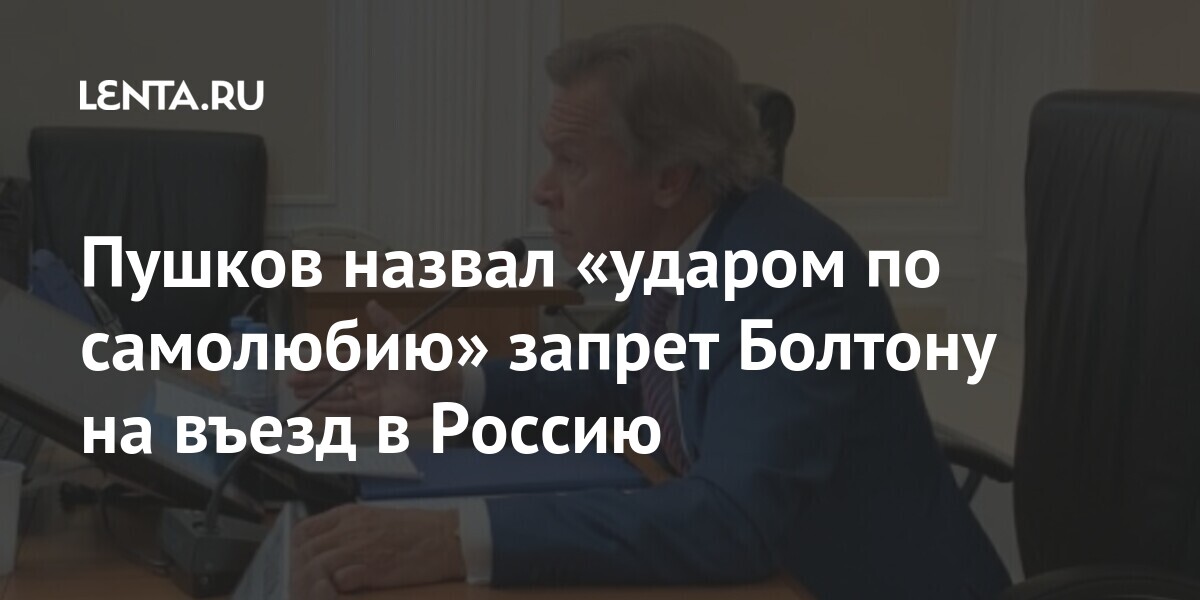 Federation Council member Alexei Pushkov called the ban on entry to the Russian Federation for the former adviser to US President Donald Trump John Bolton “a blow to his pride,” despite the fact that he does not really like Russia. The senator told about this in Telegram-channel.

“Not that he was going to Moscow, but unpleasant. A blow to self-esteem. In response, Bolton did not find anything better than to betray complete stupidity: to accuse Russia of trying to undermine the American way of life, ”Pushkov said.

The senator wondered what kind of lifestyle Bolton mentioned, since it can be undermined from distant Russia. Pushkov recalled that it is Washington that undermines its way of life and its image in the world. According to the politician, this is generally accepted. “So Bolton only made things worse with his not-so-smart reaction. Trump fired him correctly, ”the senator concluded.

Bolton previously wrote on his account at Twitterthat he was included in the list of persons banned from entering Russia in response to the sanctions. The politician said that Russia deserves the strongest condemnation for trying to undermine our way of life.

On April 16, the Russian Foreign Ministry published on its website a blacklist of American officials who would be banned from entering Russia. It included, among other things, former Assistant to the President of the United States for National Security John Bolton.