Pure ETCR: Hyundai in Vallelunga to immediately aim for success 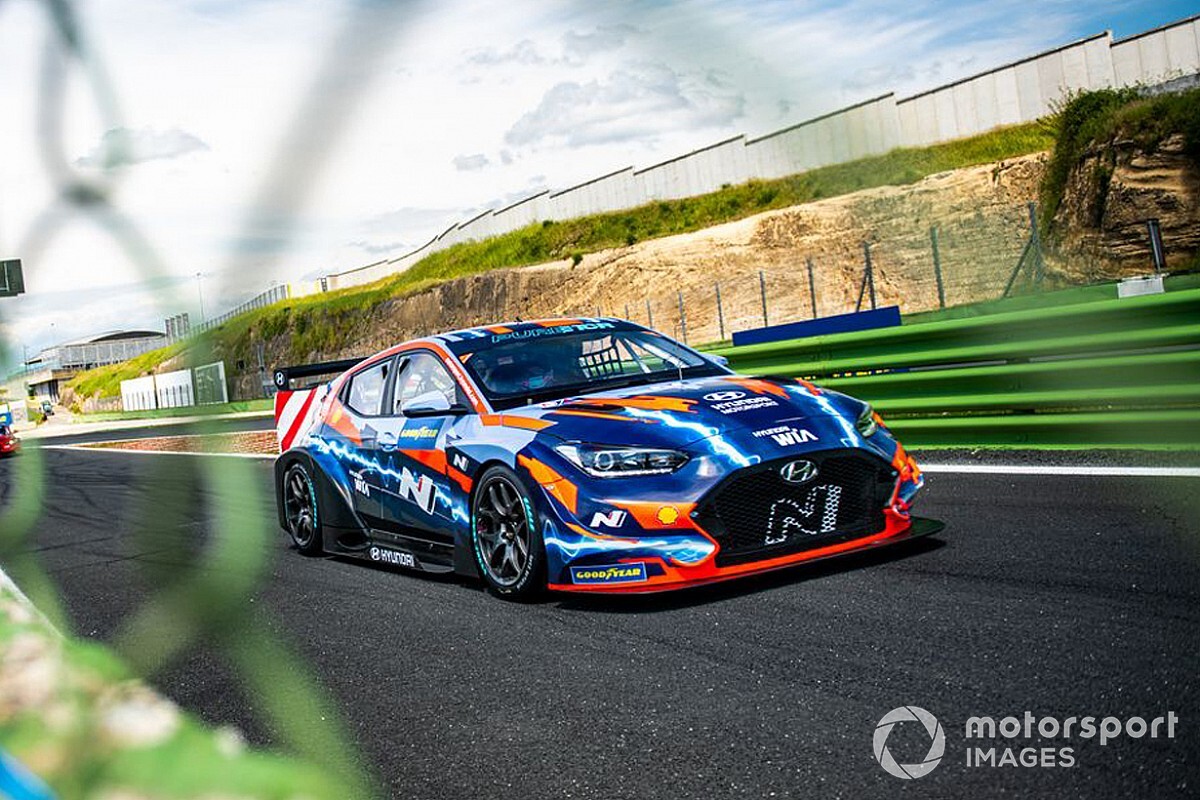 Hyundai Motorsport is preparing to face the very first electric adventure in its history, taking part in the Pure ETCR.

The touring series for electric cars will open its doors in Vallelunga next weekend and the Korean manufacturer shows up with its Veloster N ETCRs to compete against Cupra and the Alfa Romeo Giulia ETCR of Romeo Ferraris.

Augusto Farfus and Jean-Karl Vernay, who have been carrying out the work in development tests all winter, will have Tom Chilton and John Filippi as new teammates.

The Pure ETCR race format includes many mini-battery challenges, with draw on Friday to divide the participants into two groups, who will compete for the primacy starting from the rallycross-style gates.

The first two rounds are scheduled for Saturday, with the first on the 1.75km version of Vallelunga which will determine the order for the second. On Sunday there is a single time trial for each, to get the best position at the start of the finals, in which they will run on the 3.2km of the Campagnano track.

At the end of the event, the winner will be the competitor who has obtained the most points in all the aforementioned tests.

“It is a pleasure and an honor to be part of this new championship. I am a huge fan of the concept and the technology behind the cars. I can’t wait! We have spent a lot of time preparing, more than a year since I drove. the Veloster N ETCR for the first time and now is the time to stage the show and see the result, ”said Farfus.

“It will be a great learning curve for everyone – the teams, the championship and even the drivers, but I am looking forward to and am very grateful to Hyundai Motorsport for the support and confidence in representing them in this new racing series.”

Vernay added: “I’m looking forward to the opening round of Pure ETCR, it’s very exciting. It will be interesting to see the new race format in action and compare ourselves to other brands in these torrid battles. After the May stress test. , we have a certain idea of ​​how the weekend will work, but now the championship really starts and everyone is really excited. We have done a lot of testing over the winter, so I can’t wait to see how it goes. “

Motivated Chilton also said: “I am really excited for the opportunity Hyundai Motorsport has given me to compete in the first electric touring car championship. I really enjoyed driving the car in testing. It is incredible to push it to the limit and so much fun. very different from any other I’ve ridden, but I’m really enjoying the new challenge, because it will also be my first Rallycross-style races. I’m looking forward to racing for the first time in Vallelunga. “

Filippi commented: “This championship is the greatest opportunity I have to test myself and fight with very good riders. This gives me a lot of motivation because I want to show what I am capable of with the Veloster N ETCR. It will be a difficult first race. because we are all learning. It is a completely new format and that I have never seen before, so we will need some time to adapt. I think we will get stronger with each session and finish at the top. This is the goal and I will work hard to achieve “.

Hyundai Motorsport Marketing and PR Director Stefan Henrich said: “We are really excited to take the next step with electric racing in the Pure ETCR. After nearly two years of preparation and development, the whole team is looking forward to see the result of our hard work when the Veloster N ETCR is brought to the race for the first time. There is still a lot to learn for all of us, including the nuances of the format, but we are confident that we have created a competitive package that will allow riders our drivers to compete for success in every single round “.