Puig: “For a while people have forgotten Marquez’s level” 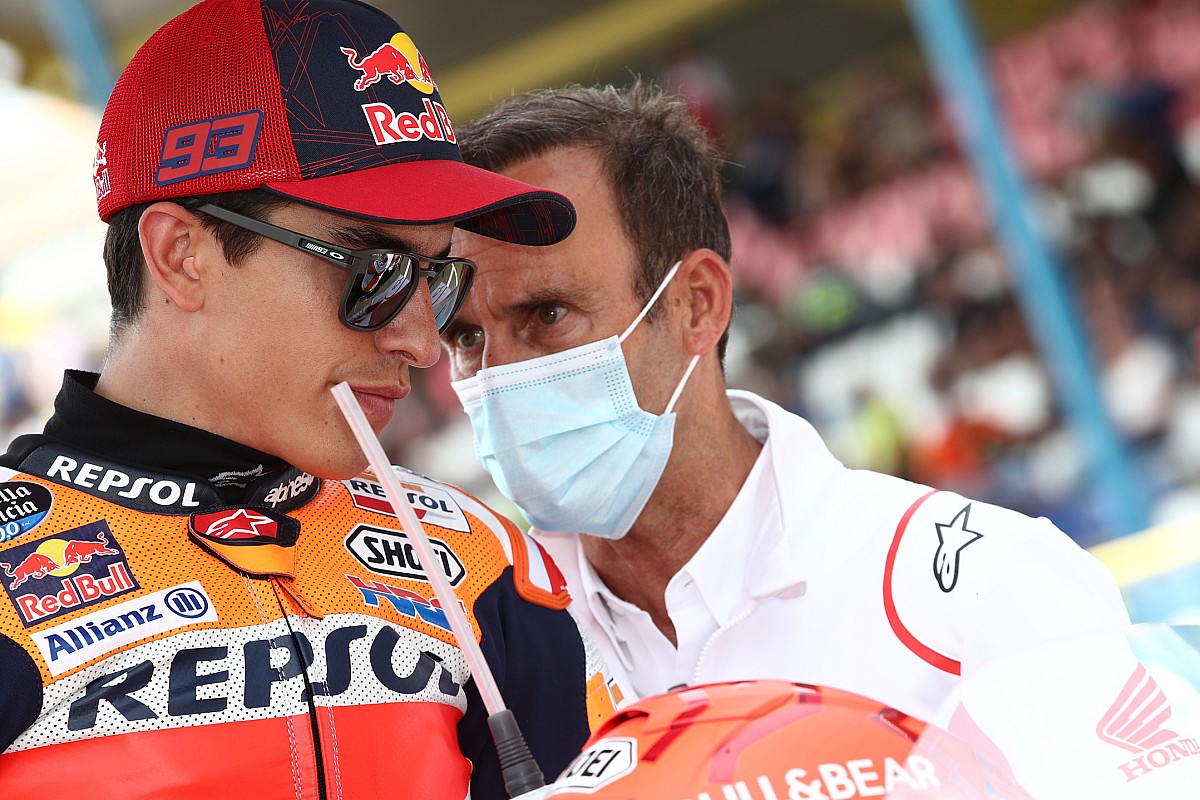 Marc Marquez fractured the humerus of his right arm last year and was out of competition for eight months. In this period there have been those who speculated on the level to which the eight-time world champion would return, after undergoing three operations with an infection that forced him to take antibiotics for a long time.

Despite continuing to be limited in right-hand corners due to lack of arm training, the Honda rider returned to winning ways before the summer break. He did so at the Sachsenring, a circuit that runs counterclockwise, and was able to ride at a good level also in Assen the following week, finishing as the best Honda rider after starting from 21st position on the grid.

Alberto Puig thinks this was the best way to answer what he considers unfounded doubts: “I think for a long time people have forgotten who Marc Marquez was. I don’t read much in print, I am not absorbed in it, but from what our press officer told me there were some strange comments about his return, about his abilities. I don’t know if they really understood the level of the rider we are talking about ”.

“Marc’s return was more difficult than we thought – he continues speaking with MotoGP.com – but what he is doing in the current situation is incredible, because I would not say that he is riding with only one arm, but with one arm and a half. . It is clear that he is not 100% physically, so I think only one driver can do it, and this is him. I’m not speaking as a Honda team manager, but as a former rider, I believe his potential is far beyond the rest ”.

But for Marc Marquez to fully express his potential, Honda must provide him with a better bike. The Spaniard pointed out that the development of the RC213V in his absence was not good enough. Even if the new chassis used at Assen represented a step forward, Puig does not hide the obligation to progress in the second half of the season: “It’s a necessity! We need to improve and this is what we are trying to do. We will improve the bike and the riders will improve too ”.

In Puig’s assessment of Honda’s early part of the season, he acknowledges that Marquez’s victory saved a bad start. In addition to the difficulties of the bike, the Japanese manufacturer was unable to count on its spearhead in Qatar, where pre-season tests and the first two races were held, creating a difficult environment for newcomer Pol Espargaro.

“It’s not nice when you look at the results, of course – acknowledges Puig – first of all, we didn’t expect Marc couldn’t start the season. We thought it could be there, but in the end he didn’t succeed due to the injury, and that has already been a factor. Then we had a new rider, Pol, who had some problems understanding the bike. He’s having problems right now. Alex Marquez and Takaaki Nakagami also had some. We cannot say that the season has gone well ”.

However, Puig thinks that there are all the conditions for Honda to change the situation in the second half of the season: “I think we understand the situation. We understand the real problems of the bike and I think the riders are slowly approaching their true level and potential, especially Marc with the victory at Sachsenring. It was impressive and also very positive for all of us, both for the win, but above all to really understand our situation. At this moment we cannot say that it is good, but we are trying to understand it and this is probably the most positive aspect ”.