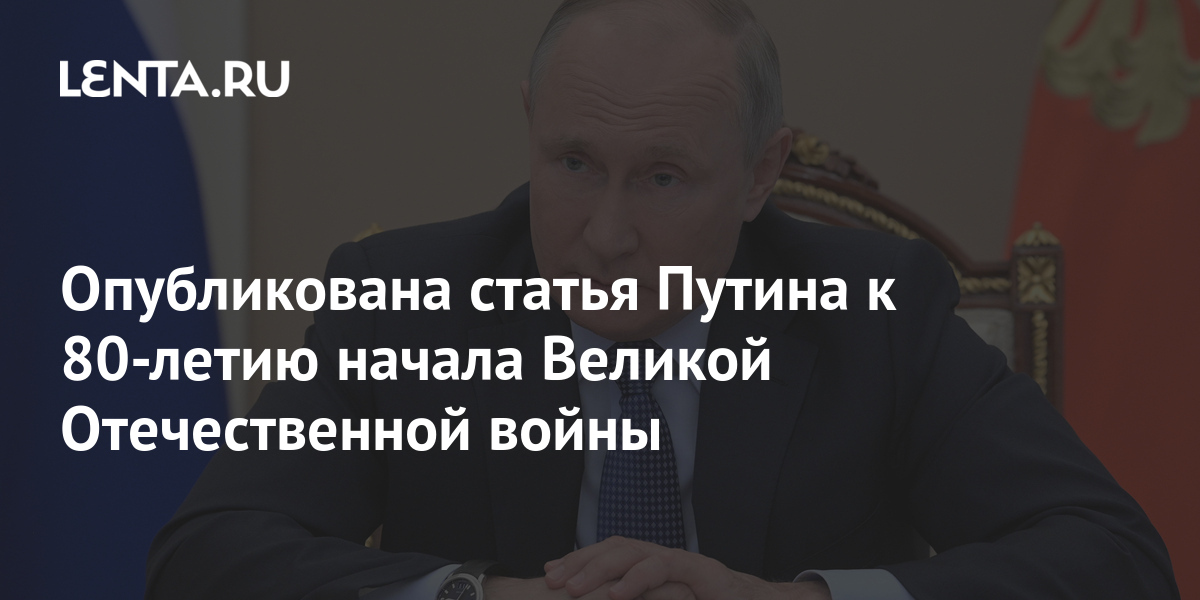 Russian President Vladimir Putin wrote an article for the 80th anniversary of the beginning of the Great Patriotic War. The material was published in the newspaper Die Zeit on Tuesday 22 June.

“Whoever is trying to rewrite the pages of the past now, the truth is that a Soviet soldier came to German soil not to take revenge on the Germans, but with a noble, great mission – a liberator,” the Russian leader writes.

In the article, Putin lamented that NATO’s eastward expansion to include a number of former Soviet republics ruled out the possibility of a continent without dividing lines.

According to him, after the war, many countries were given an ultimatum: to be either with the collective West or with Russia. However, the prosperity of Europe is possible with the joint efforts of all countries, including Russia, Putin stressed.

“Our common and indisputable goal is to ensure continental security without dividing lines,” the article says.

Earlier, the press secretary of the Russian leader Dmitry Peskov, commenting on the publication of the article in German, noted that it was Germany that became the first victim of Nazism. According to a Kremlin spokesman, this topic is very important for both Germans and Russians.

In June 2020, Putin’s article on World War II was published in the American edition of The National Interest. In particular, he wrote that the Munich Agreement, in which Great Britain and France participated, led to the inevitability of war.