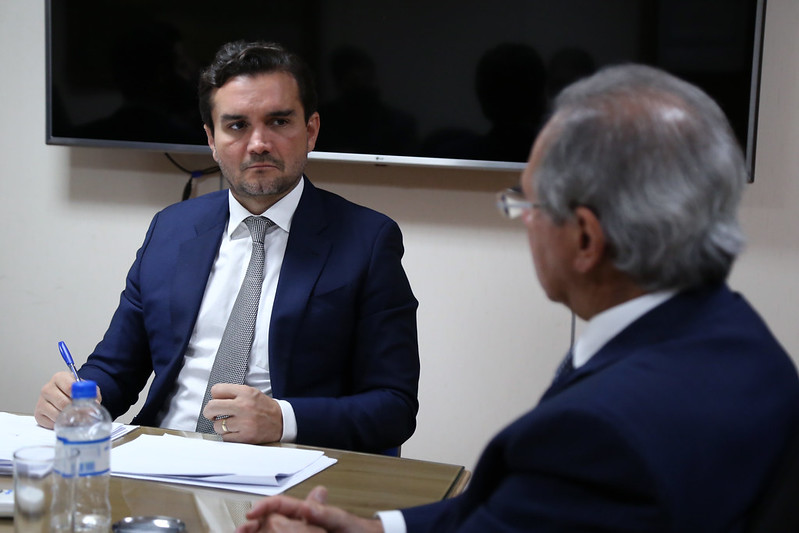 Publicly traded companies say they fear that the Income Tax reform will lead to investor migration to less taxed investments, such as fixed income. They also alert the rapporteur, deputy Celso Sabino (PSDB-PA), about the negative impact of the end of the deduction of JCP (Interest on Equity) on related companies.

Eduardo Lucano, executive president of Abrasca (Brazilian Association of Public Companies), held 2 meetings with the Minister of Economy, Paulo Guedes, and 1 with Sabino since the original text was delivered to the Chamber on June 25th. The entity represents more than 80% of the companies listed on B3, the São Paulo Stock Exchange.

“This period of recess of the Congress will be of frenetic pace of conversations to improve the substitute“, he stated, referring to the congressmen’s vacation from Saturday (July 17, 2021) to the beginning of August. “The original text increased the tax burden for chayote. The rapporteur was bold in proposing a greater reduction in the corporate income tax rate. But we need to go further“, completed to the power360.

Abrasca does not fully contest the taxation of dividends, like other economic segments. But it wants specific changes to avoid losses for companies listed on the stock exchanges.

According to Lucano, among the most worrying topics is the unification of the real 15% tax rate on income from almost all financial investments. Then, the impact of the end of the JCP deduction in the calculation of the Income Tax on the holdings with related companies. The 3rd point is the 15% rate on the distribution of dividends. There is also, especially, the impact of combining these changes with each other.

The unification of 15% of the real income tax rate on investment income was one of the points celebrated by several sectors. In particular, after the rapporteur’s retreat, who maintained exemption for real estate and agricultural funds. For Abrasca, however, the measure may induce investors to migrate from applications.

Investments in debentures, IPOs (initial offerings) and in the stock market tend to lose their attractiveness in relation to other investments, such as fixed income. That’s because they will collect 15% and also 20% on shared dividends. Less attractive, the price of these papers should fall and, as a result, the cost of capital for companies will increase.

“We need the unification of the nominal rate“, says Lucano, in relation to what will effectively be charged in income tax for each application.

In the case of JCP, Abrave finds that it is based on the gain generated by the companies destined to their shareholders. The replacement for the reform maintained the end of the deduction of this payment, as an expense, in the calculation of the Income Tax. Strictly speaking, this is the same tax base on the sharing of dividends.

Legally, it cannot be treated as double taxation. “But, economically, it is”, says Lucano.

Publicly traded companies are concerned about the impact of JCP on related companies. These are firms that are not fully controlled by the holdings. They are often part of joint ventures with other groups. An example of a sector that houses affiliates is civil construction. Each work tends to be a company, which is not always under the full control of the contractor.

Lucano explains that the affiliates may share their dividends with intermediary companies that do not make a profit. The credit it would receive from the distribution of dividends to its shareholders would tend to be “piled up“.

As he explained, there is dialogue and willingness to improve the reform project by the Ministry of Economy and the rapporteur. “The process is of good quality. There is understanding, willingness to get it right and a political decision to move forward”