Publication of the “Media Instructions for Sharjah Government” guide 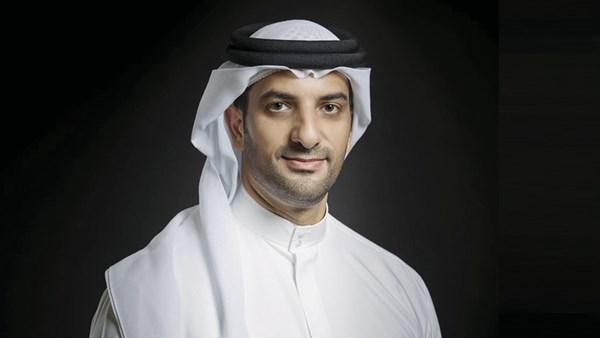 Sheikh Sultan bin Ahmed Al Qasimi, Chairman of the Sharjah Media Council, approved the issuance of the “Media Guidelines for the Sharjah Government” to constitute a comprehensive reference for media work in all its specialties and channels for workers in the media and communication departments in the government of Sharjah, within the framework of developing the media system in the emirate to ensure that there is an integration in the media work between institutions Governmental and informational.
This came during a meeting of the Council headed by Sheikh Sultan bin Ahmed Al Qasimi yesterday at the headquarters of Al Wusta Channel in Dhaid, in the presence of members of the Council – Dr. Khaled Omar Al Midfa, President of Sharjah Media City (Shams), Muhammad Hassan Khalaf, Director General of the Sharjah Radio and Television Authority, and Tariq Saeed Alay, Director of the Sharjah Government Media Office. And Hassan Yaqoub Al Mansouri, Secretary General of the Sharjah Media Council.
Sheikh Sultan bin Ahmed Al Qasimi stressed the importance of creating responsible media content based on societal values, in a way that contributes to protecting identity and heritage and promoting culture in accordance with the directives of His Highness Sheikh Dr. Sultan bin Muhammad Al Qasimi, Member of the Supreme Council and Ruler of Sharjah.
He said that the Council continues its programs in order to consolidate the values ​​of media work and keep abreast of developments in a way that mimics the achievements of the Emirate of Sharjah and complements the efforts of the United Arab Emirates to develop the sector, stressing the Council’s keenness to enhance cooperation and integration relations between the government sector and various media institutions.
The Chairman of the Sharjah Media Council appreciated the efforts of “Al Wusta Channel from Al Dhaid” to transmit the heritage and culture of the Central Region in the Emirate of Sharjah and preserve the authentic values ​​of its people, pointing to the channel’s role in protecting the folklore and introducing the details of the lives of the people of the central region and their heritage treasures.
Sheikh Sultan bin Ahmed Al Qasimi was briefed on the results of the first quarter outputs of the Council and its affiliated institutions. The most important projects for this year were discussed, including the adoption of the Sharjah Media Council strategy consistent with the strategy of its affiliated institutions. A specialized committee was formed consisting of the employees of the three institutions with experience and competence in this regard. the field.
The members of the Sharjah Media Council reviewed the upcoming work plans and the most prominent events that are being organized, taking into account the global circumstances and developments, confirming commitment to the decisions issued by the Executive Council of the Emirate of Sharjah, and discussing the readiness of the media institutions of the Council to receive the blessed month of Ramadan.
For his part, Dr. Khaled Omar Al-Midfa addressed the report of the Film Committee specialized in providing content to filmmakers in the world .. explaining that the committee is working to promote the emirate as an important destination for cinematography and filmmaking, as more than 300 sites were filmed in Sharjah in the first phase and the creation of a comprehensive database of many From locations in Sharjah .. The city has also worked on a website that includes information, data, pictures and videos to facilitate the process of selecting photography sites for all local and international companies.
Muhammad Hassan Khalaf reviewed the radio and television programs of the Sharjah Radio and Television Authority scheduled to be shown during the blessed month of Ramadan, and highlighted the Foundation’s plans and future projects.
Tariq Saeed Allai reviewed the plans and programs of the Sharjah Government Media Office and the developments of the Ramadan Council, which the office organizes on an annual basis, indicating that it will take on a new look that corresponds to the developments, as well as a variety of content that enriches Ramadan evenings with useful and valuable information.

Joe Biden stomps on Asia and North Korea responds: ‘Don’t make a fuss if you want to sleep peacefully these four years’