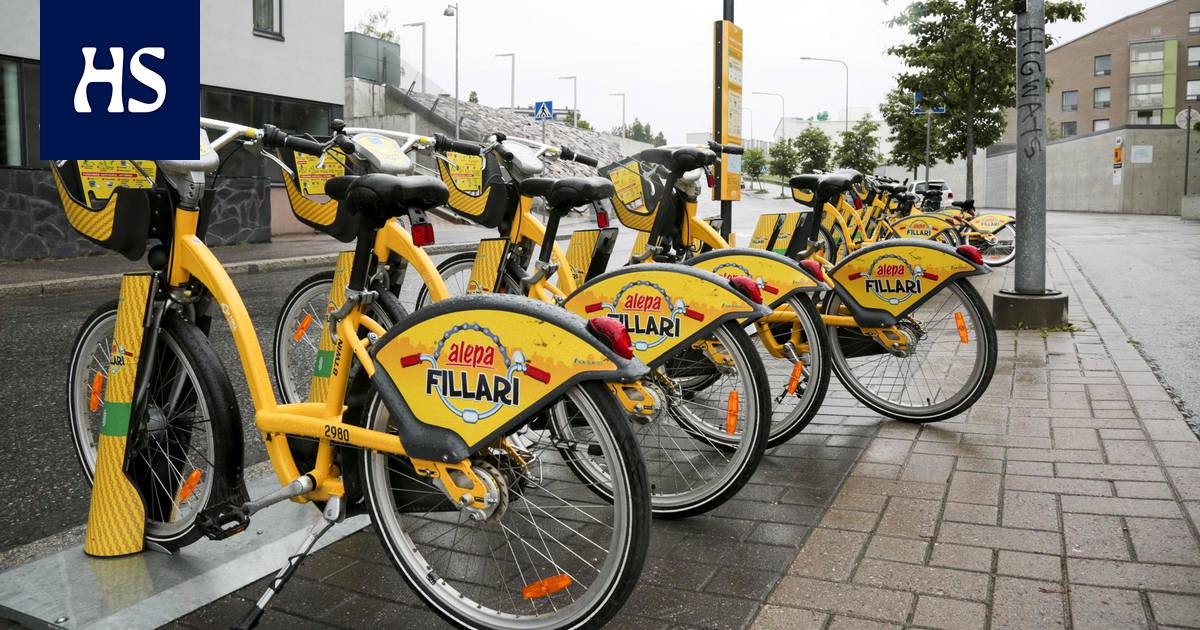 Helsinki wants to buy a thousand more city bikes, but at the same time increase the season fee by five euros.

Helsinki plans more than a hundred new city bike stations so that city bikes will be available in almost the entire city. At the same time, the seasonal fee for their use would increase slightly.

On Thursday, the board of HKL, the City of Helsinki’s Department of Transport, approved the plan for its part. This is not yet a final decision. In Helsinki, the council must approve next year’s budget in this regard in December. In addition, a decision must be made in Espoo to increase the increase.

In the extension 1,050 new city bikes would be purchased and 105 new stations would be built, the exact locations of which are currently being planned. In practice, city bikes would be used in Helsinki, which is within Ring Road III, ie Ala-Tikkurila and Östersundom would still be left without.

Due to the expansion, the usage fee for the entire period will be increased by five euros, ie it would be 35 euros in the next period. Other prices will not be affected by the extension. In this way, the city calculates that the fees collected from cyclists and the support provided by the city would cover the cost of city bikes in the same proportion as elsewhere in public transport.

Helsinki and Espoo’s city bikes are the same system, so the price increase must also suit Espoo. If the Espoo Technical Board does not approve the increase in December, decision-makers in Helsinki will still have to reconsider the financial issue before a final procurement decision can be made.

Vantaa, on the other hand, has its own separate system.

Bill Gates predicted the start of a new pandemic

Bill Gates predicted the start of a new pandemic

Why is Mevalal’s wife’s death news in the news as soon as he becomes the education minister of Bihar? Already accused in recruitment scam

Movies Wonder Woman 1984 is coming to cinemas for Christmas, an “unprecedented” solution for streaming was also made in the United States

Juan Carlos Carcedo, second to Emery for 14 years, has Ibiza on the rise