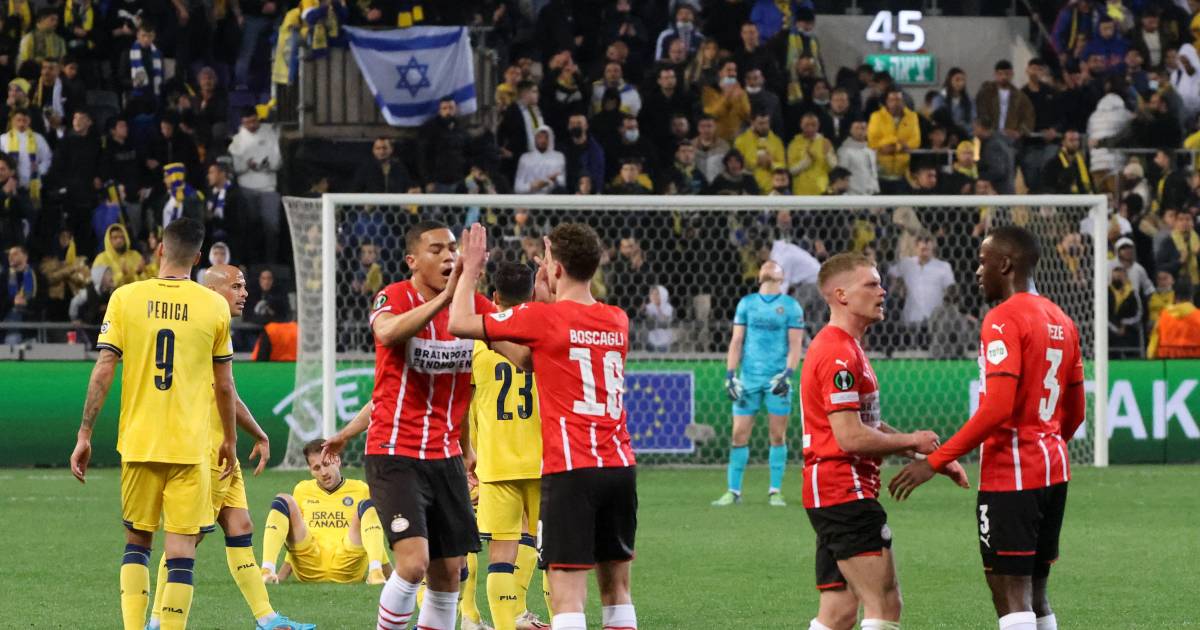 PSV didn’t make much of it, but thanks to a difficult 1-1 against Maccabi Tel Aviv, they progress to the eighth finals of the Conference League. Roger Schmidt’s team escaped especially just after the break in Israel, where the game was stopped for a while.

The misbehavior of the supporters even prompted referee Harald Leichner to temporarily suspend the match around the 60th minute: he had already warned the Israeli fans before half-time, but that turned out to fall on deaf ears. In the end, the game was played out after a short cooling off period.

PSV didn’t start that game so well: Schmidt’s playing plan, who left Joey Veerman on the bench and again opted for a reinforced midfield, looked syrupy. And as expected, the home team opened fiercely, which led to a serious header opportunity for Dan Biton in the 12th minute. Furthermore, Maccabi simply lacked creativity, which was not exactly overflowing with quality in the first game in Eindhoven.

See also  Caught in the present

PSV did not offer enough in return, the team did have the initiative, but only became really dangerous once before half-time. Noni Madueke dribbled freely and hit the legs of goalkeeper Dor Peretz. And so it remained at 0-0 with halftime.

In the second half, Maccabi started to play more opportunistically and could have scored within the minute: a shot that had changed direction ended up on the post via former NAC striker Stipe Perica. And PSV? That was again far too little.

Schmidt tried to force something by bringing in Bruma, Yorbe Vertessen and Carlos Vinícius, among others, and in the end he succeeded: it was Vertessen who, with the necessary luck, took care of the 0-1. It got tense in the final phase because Enric Saborit nodded the 1-1, but PSV held out in the nine minutes of extra time.

After last week’s 1-0 home win, 1-1 was enough to advance to the eighth finals of the Conference League. The opponent will be drawn on Friday.

F1, Haas abandons the colors of the Russian flag on the last day of testing at Montmeló