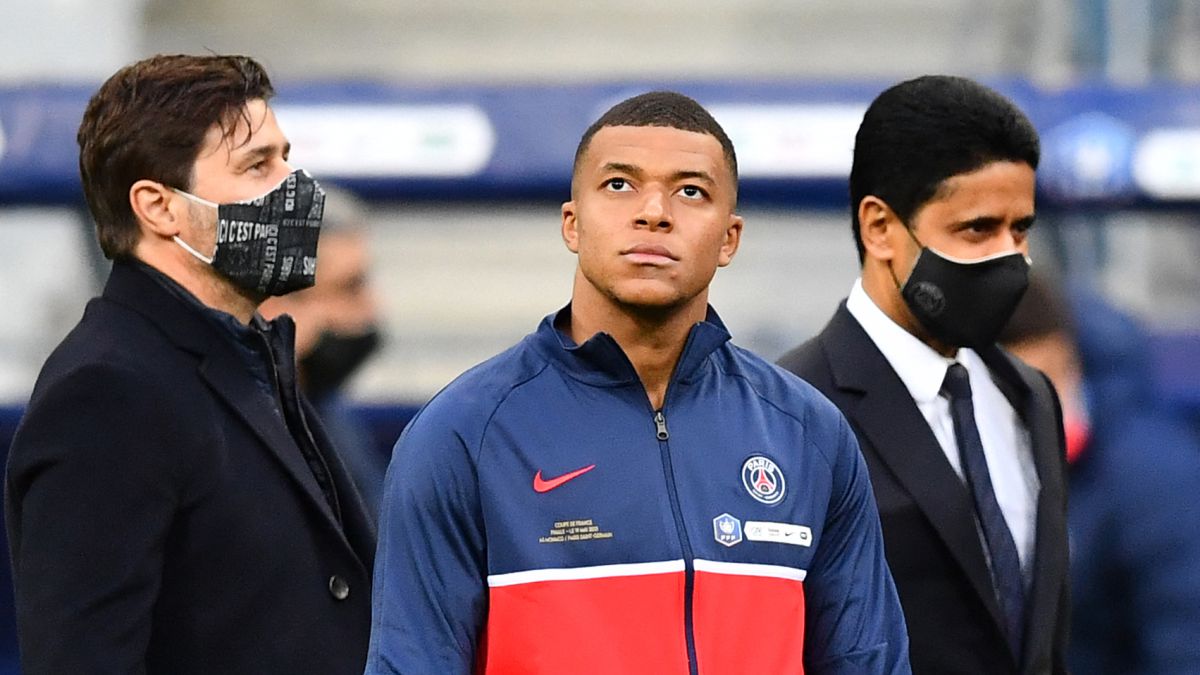 Kylian Mbappé already saw himself face to face with Nasser-Al Khelaïfi, president of PSG, and conveyed to him that his decision is not to renew his contract with the Parisian team, At the same time, he asked him to sit down to negotiate with Real Madrid to try to agree on a transfer this summer, a year before his relationship with PSG ends, in June 2022, when he will be able to go free. However, Mbappé found what to a large extent was already expected: a refusal by PSG to put a price on him, summoning him to fulfill his contract year, in which he will pressure to sign an extension of it.

Mbappé is the most current case, but it is by no means the only one: PSG has been distinguishing itself, since in 2012 the royal family of Qatar took full control of the club, due to its closure when assessing requests for the players who want to leave, as long as they are important players for the hierarchy of PSG. The same drink that Mbappé has to go through now was already suffered by Rabiot, Verratti, Neymar, Marquinhos … There are several cases, which led Donato di Campli, Verratti’s former agent, to say in an interview, in relation to Neymar’s intentions to return to Barcelona in 2018: “It is impossible, the players are arrested in a golden prison “. Some prisoners are still between the golden bars of the Park of the Princes; others managed to escape, although they had to pay a high price.

The Brazilian’s case with Barcelona was repeated in the summer of 2018 and 2019: in the first, PSG flatly refused to put a price on it; In the last one, he was interested in releasing that token, in view of the poor integration of the player in the dressing room, but Barcelona was already beginning to go through financial difficulties, despite which it came to make an offer of 110 million, Todibo, Rakitic and the transfer of Dembélé. PSG asked for the payment to be 130 million and an agreement was not reached, but Barcelona used that trip to give it maximum publicity, with the intention that Messi, at that time pending renewal, saw that they were doing everything possible to reunite him with his friend again in Barcelona.

Neymar had gone to Paris in 2017 after the payment of the termination clause, of 222 million euros. The coup was understood as revenge by PSG after repeated attempts by Barça to sign Verratti that same summer and also on past occasions. A year later, the Brazilian wanted to leave Paris and Barcelona asked, but there was no way; Madrid was also interested and received the same response. With his recent renovation until 2025 and much more settled in the dressing room (they have surrounded him with friends like Messi, Di María, Paredes, Keylor, Icardi …), Neymar already knows that he will close his career at the highest level in Paris.

The interest of Barcelona in Verratti is old, since he began to stand out in Paris he was seen as the ideal replacement for Xavi Hernández for the core culé. There were several approaches, but the main one came in the summer of 2017, in which the player and his then agent, Donato di Campli, told the club that they wanted to leave and that Barcelona would pay for the transfer requested by PSG.

Al-Khelaïfi and the then sports director, Antero Henrique, took the Italian’s intentions as an affront to the model of the PSG, blamed the agent for the whole thing and forced Verratti to abandon him so that he ended up signing with Mino Raiola, Ibrahimovic’s agent, one of the first stars to arrive in Paris after the entry of Qatar into the shareholding.

Di Campli exploded in an interview: “Marco has become a prisoner of the Emir of Qatar. Not wanting to transfer him for 100 million is a matter of pride. “ That fueled the fire much more and Verratti was forced to come out to apologize: “Mand I apologize for those statements, which are not my thoughts; And I hope things like this don’t happen again. “Shortly after, Verratti left Di Campli, signed with Raiola and two years later, he renewed until 2024. With that excuse, PSG launched the signing of Neymar, for which they paid a record 222 million. The small Pescara medium served to set an example of what could happen to you if you try to play it at PSG.

The French midfielder is the living example of what it costs to leave PSG. In the summer of 2018, Rabiot faced his final year of contract with negotiations to renew stops. Months before, a clash in training had transcended in which the Frenchman charged against Neymar and his great salary: “There is only for him. He should play alone.” It was not the first conflict that the Brazilian got into, that that year he starred in an unpleasant incident with Cavani to see who took the penalties.

Thus, the end of 2018 was reached with no renewal in sight and PSG opted for an exemplary decision: they sent Rabiot to the stands. This is how Antero Henrique, then PSG sports director, explained it: “There are no more negotiations. The player informed me that he would not sign a contract and that he wanted to leave the club free at the end of the season, that is, at the end of his contract. For the player, this will have a very clear consequence: he will remain on the bench for an indefinite period. It appears that the player and his representative have been misleading us for several months. I must add that this situation is disrespectful to both the club and the fans. Especially from a player who has played under our colors from grassroots football to the first team. “

The PSG version was always supported by the fact that Rabiot and his mother and representative gave the club hope of renewal and, six months from the end, radically change. On December 11, 2018, he played his last minutes with PSG, in the Champions League against Estrella Roja; He did not enter a call again, he watched the rest of the season from the stands and in June he signed for Cristiano Ronaldo’s Juventus, where he continues to play.

The thing about Barcelona looking for a guarantee center had been a constant after Puyol’s retirement and during the 2015-16 season, the culé club put all its energy into getting Marquinhos out of PSG. He had already tried to touch him before (he was able to sign him when he played in Brazil, for three million, but Zubizarreta rejected him), when he was in the shadow of Thiago Silva and David Luiz, but that course was done with the title without palliative, which made the operation even more difficult. The player, in any case, did not see it with bad eyes: “In June I will reflect,” he said back in March 2016.

As in many other cases, PSG did not want to know anything about Barcelona and did not sit down to negotiate the transfer of the Brazilian. Marquinhos himself refused to force his departure, knowing that it could only make things worse. At the same time, the PSG began to negotiate with him a renewal that would see the light in July 2017, until 2022 and with a good salary increase. And Barcelona gave up and signed Umtiti, from Lyon.

The Brazilian center-back was the first great goal that Barcelona pursued at PSG, and it was also the first time that they came face to face with the new reality of European football. Thiago was already a target of Barça when he played in Milan, but PSG took him away in 2012 paying 40 million.

In both 2013 and 2014, especially in the second case, the club already led by Josep María Bartomeu made constant offers to PSG to try to get the Brazilian released, putting on the table 50 million, but all received silence for an answer. Thiago Silva was for the work of playing in Barceñona, but Al-Khelaïfi did not give options: “It is priceless.” And it did not. 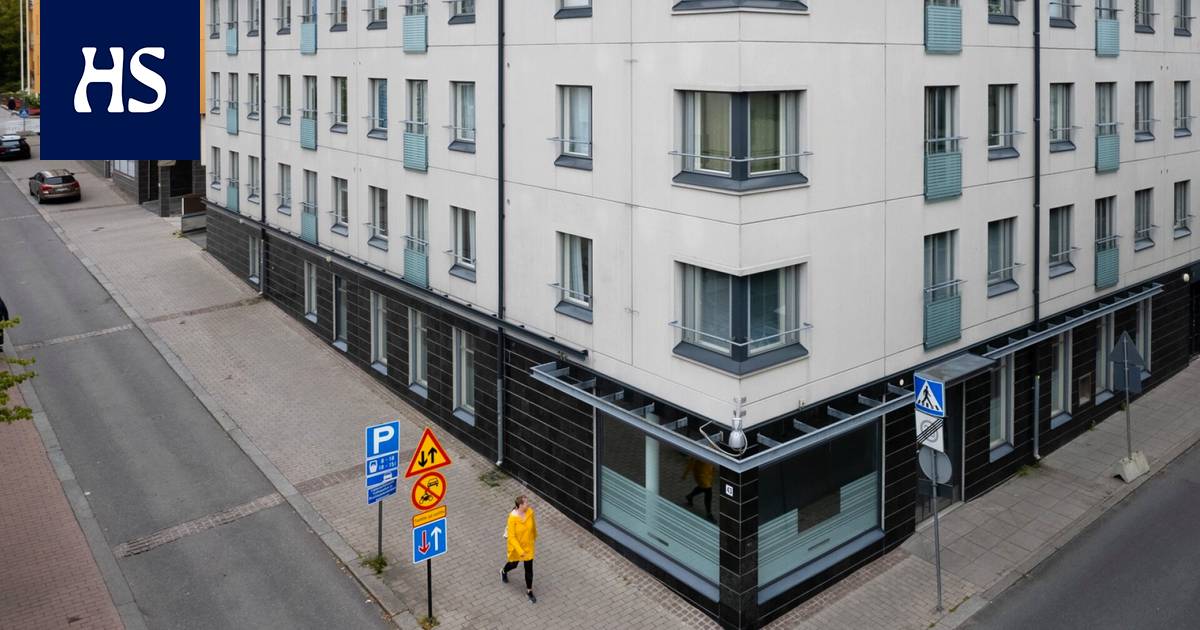 The team with the most different second scorers