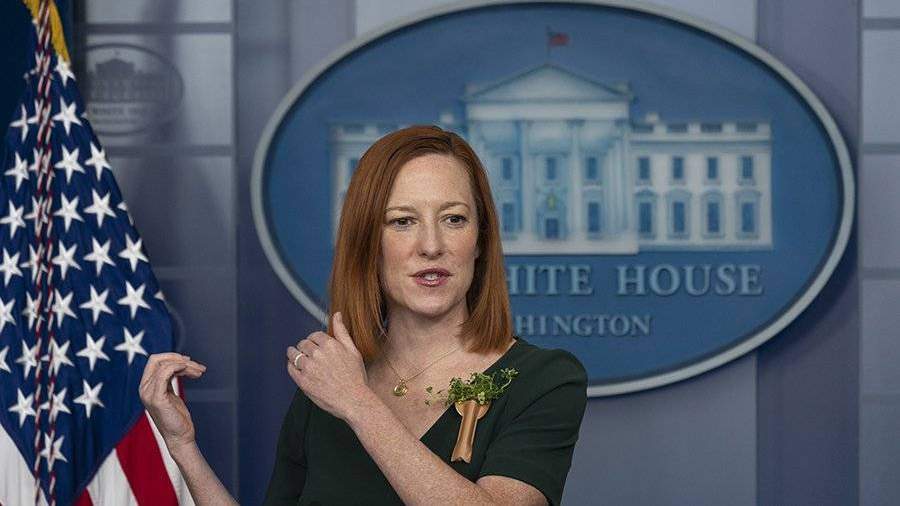 Press Secretary of the US President Jen Psaki suggested that Russian leader Vladimir Putin is unlikely to succumb to grievances.

“I guess that President Putin has much thicker skin than his employees can recognize,” she said on the air. MSNBC, commenting on the statements of US President Joe Biden about the Russian leader.

The day before, Jen Psaki said during a briefing that Joe Biden does not regret speaking about Vladimir Putin. She stressed that the head of the United States “will not restrain himself in words or actions.”

On March 17, Biden said that Russia must “pay the price” for its “interference” in the US elections. According to him, he had previously had a “long conversation” with Putin, noting that he knew him “quite well”. At the same time, he allegedly warned the Russian leader about a possible response.

In turn, Putin, in response to the accusations of the American leader, wished him good health and reminded him of the children’s tease “whoever calls his name is called that.”

In addition, he offered to have an open conversation with Biden online. However, during a briefing with reporters, the American leader did not answer the question of whether he would agree to a conversation with Putin.

Biden’s statement was preceded by publication on March 16 report office of national intelligence, in which Moscow was accused of meddling in the US elections. Russian statesmen have been accused of trying to help Donald Trump’s re-election and obstructing Biden in the presidential election. Washington has already announced the adoption of new anti-Russian sanctions.

The Kremlin expressed regret that the reason for the next sanctions is “low-quality materials.” As the press secretary of the Russian president Dmitry Peskov said, this will harm “the already ailing Russian-American relations.”

The weather tomorrow is generally clear and partly cloudy

Banksy’s price soars during the pandemic