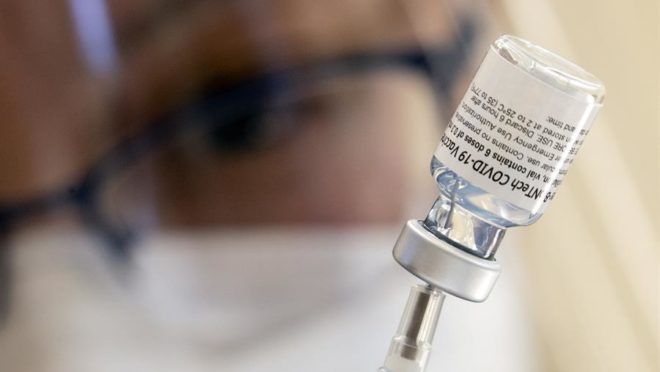 Quebec Province, Canada, plans to levy tax on those who do not vaccinate against Covid-19| Photo: EFE/EPA/ETIENNE LAURENT

The province of Quebec, the second most populous in Canada, is considering imposing a special tax on people who refuse the Covid-19 vaccine without medical justification. The measure generated a debate about individual freedom and social responsibility.

The proposal was unveiled on Tuesday by the province’s prime minister, François Legault.

“A health contribution will be charged to all adults who do not want to be vaccinated,” he said. “Those who refuse to be vaccinated place a huge burden on hospital staff and on Quebecers. The 10% of the population cannot be a burden to the 90%.”

The proposal was revealed shortly after the announcement that the director of the public health agency, Horatio Arruda, resigned from his position, amid the population’s frustration with new restriction measures, crowded hospitals and the slow distribution of booster doses.

Legault did not say when the fee will be charged or how much it will cost. But he said the amount would be significant enough to encourage vaccination – more than 50 or 100 Canadian dollars, he said. Details will be revealed “in the coming weeks”, according to local media.

About 10% of Quebecers who are already fit have not yet been vaccinated, but provincial health officials say the unvaccinated occupy 50% of Covid-19 hospital beds, Canadian news website CBC reported.

Hospitals were already facing shortages of health care workers before the circulation of the omicron variant, which exacerbated the situation. In some regions, up to 80% of non-emergency surgeries have been canceled to free up teams to care for Covid-19 patients.

Vaccine demand rises after demand in marijuana and liquor stores

There has been a surge in demand for vaccines in Quebec following the announcement that stores selling marijuana and alcoholic beverages would require proof of vaccination from customers. The recreational use of marijuana was authorized in 2018 in the country.

According to the local Ministry of Health, the province recorded a 300% increase in demand for vaccines after the announcement of the measure, which begins to take effect next Tuesday (18). The number of daily appointments to receive the first dose of the immunizer against the coronavirus rose from 1,500 to 6,000, according to official sources.