Protests in Cuba, over 5 thousand arrests including 120 activists and journalists 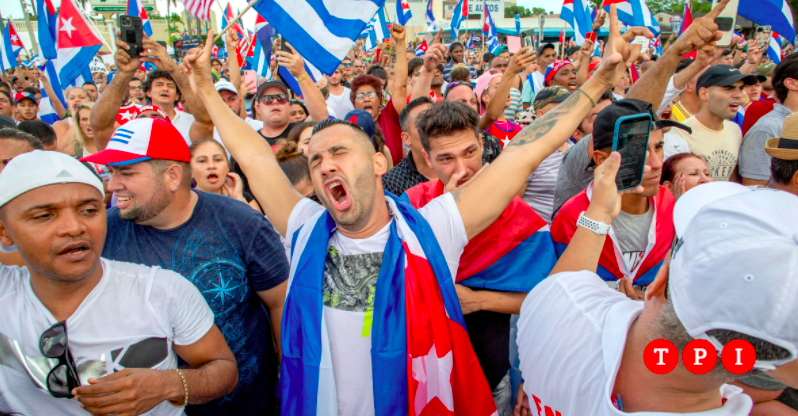 Thousands of people have taken to the streets in recent days in all the main cities of Cuba, where the economic situation for the population has become unsustainable. Alternatively, there is no electricity, so the Internet, some food and above all, due to Covid, tourists, the main source of income for a large slice of the inhabitants, have disappeared.

Due to the pandemic, in Cuba, food, hygiene products and medicines have become increasingly scarce in recent months, the number of flights has also drastically reduced and therefore the amount of items brought from abroad by private individuals, which in many cases they were sold on the black market. The island is currently recording a record of infected people and deaths from Covid every week. In the last 24 hours there have been over 5,600 cases and 29 deaths for a total of more than 250,000 infected and 1,600 deaths. And these are the official figures that, according to the opposition, would be “retouched” downwards.

“Those who lead the country face a choice: listen to the square, the people, or lose everything,” Bertinotti said in an interview with Repubblica. The former leader of the Communist Refoundation recognizes the problems, while underlining the achievements achieved by Havana.

They are more than five thousand people arrested so far, including 120 activists and journalists. This was announced in a report released by the 14ymedio site which cites sources from civil society. The methods used by the security forces towards demonstrators are brutal, as can also be seen from the videos released by Human Rights Watch. At least one died during the protests, according to state media.

For his part, the Cuban president admitted for the first time that government shortcomings affected the protests. “We need to do a critical analysis of our problems to act and overcome, and prevent them from happening again,” he said Miguel Diaz-Canel, however, accusing the demonstrators of having acted out of hatred, a feeling, he said, alien to the Cuban people. According to the president, the current “complex situation” has been exploited “by those who do not really want the Cuban revolution or a civil relationship with the United States to develop.”

Meanwhile, the government has temporarily lifted duties on imports of food, medicines and other essential goods following the demonstrations. From Monday until the end of the year, therefore, those who enter the country will be able to carry unlimited goods with them.