Protests in Colombia: young people without fear, the spearhead in the demonstrations against Ivan Duque 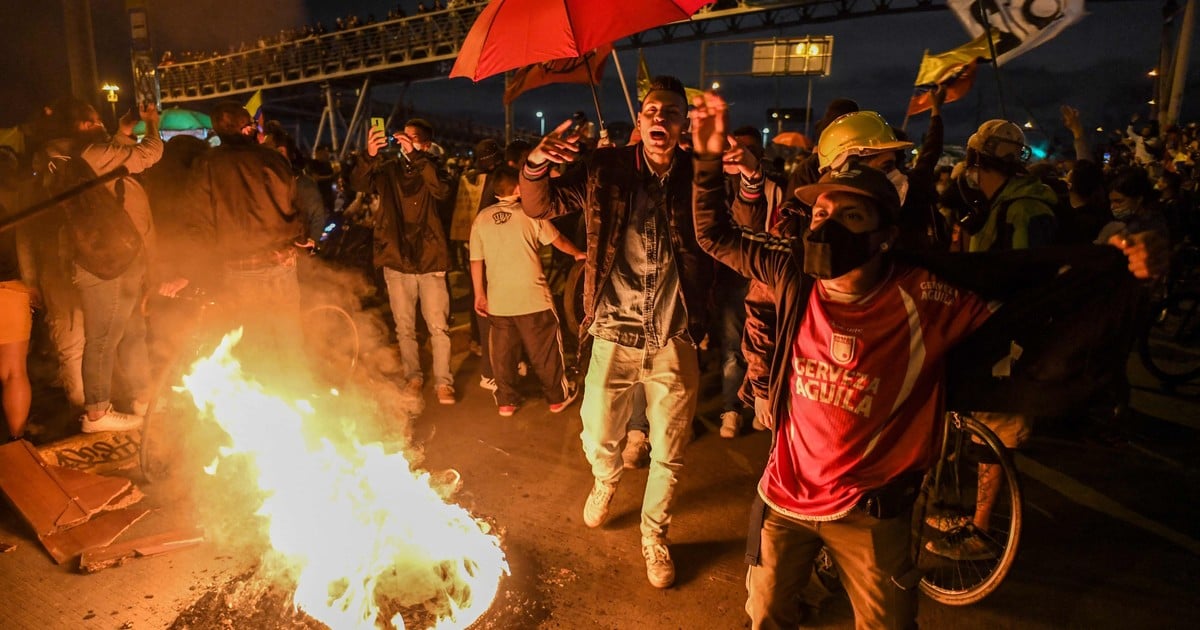 “In my house they said a lot that they didn’t talk about politics; I spend most of my life marching“The low-intensity conflict in Colombia allows young people to express their social discontent and be born politically in the streets.

“My dad used to say ‘why vote?why leave if everything is going to remain the samel? ‘. We don’t see it that way, “25-year-old student Jennifer Pedraza, one of the leaders of the protest movement, added to AFP.

In 2019, 2020 and 2021: For three years, President Iván Duque has suffered a succession of mobilizations against his government and in rejection of police brutality on an unprecedented scale in this country of 50 million people and one of the most unequal in the world.

On April 28, the spark of protest was reignited when the conservative government launched a criticized tax increase plan, finally withdrawn.

The young people lost their fear after the signing of the peace agreement with the FARC. AFP photo

But the demonstrations did not yield and popular anger besieged the president youngest in the recent history of the country, one year before the elections from which his successor will emerge.

The mobilizations are held almost daily with festive expressions, road blocks and, often when night falls, there are violent clashes between civilians and police.

It is a social outbreak that was not seen since the seventies in a country marked by more than five decades of armed conflict and that continues to struggle to turn the page on violence despite having signed a peace agreement in 2016 with the powerful FARC guerrillas.

Far from the debate on war and peace, the demands for “more social justice”, “less corruption”, “more jobs and opportunities” appeared in 2019 and returned with force in the current protests, while the pandemic plunges 42% of the population into poverty.

And young people are the engine of mobilization.

In Pedraza’s house there was no talk of politics.

The economics student is part of the so-called National Unemployment Committee, an organization at the origin of the protest movement that does not represent all dissatisfied sectors, although it is the most visible front in unsuccessful talks with the government.

“There was a generation very frightened by the armed conflict,” he recalls. For her, “the peace process represented an important democratic opening“.” Today my parents are demonstrating! “, Says Pedraza enthusiastically.

The police at the center of criticism. AFP photo

Tatiana Rodríguez, 29, participate in all protests as long as her job as a cafeteria assistant and her children’s education allow it.

“We young people, millennials, we are many and We are not afraid“says the woman who lives in a poor neighborhood in the south of Bogotá.

At 74 years old, Eduvigis Palacio does not go out on the streets. This does not prevent you from “agreeing with the demands that each member of this society deserves: education, health, work “, embodied by young people.

But “nothing justifies violence”, qualifies the retired teacher.

Palacio lived through the armed conflict when he taught in the department of Caquetá (south) between 1987 and 1991. He remembers the fear of being trapped “between two fires”, between the military and the guerrilla.

Today rejoices in the “openness to the world” that young people have thanks to the internet. “A generation more aware of the state of the country (…) they see that there are people who won with this type of mobilization,” he says.

“We start to look at that in other countries education is free“And there are better working conditions, says Tatiana on her side.

“People see that fighting is useful, as in Chile, “adds Jennifer.

With some regularity Hedwig argue with her husband, supporter of the extreme right-wing former president Álvaro Uribe (2002-2010) and mentor of the current head of state, elected in 2018. Her husband denounces that the movement is “influenced by communism in the world, China, Russia, Cuba and Venezuela” .

Tatiana debates with her older sister Viviana. She is a domestic worker and although she supports the “demands”, she says she is “harmed by the blockades” in the streets that force her to detour and spend more money on transportation to go to work. He wants the crisis to be resolved at the polls.

This South American country has never been ruled by the left and abstention is high (47% in the 2018 elections), especially among young people. The question about the impact of the protests in the 2022 presidential elections is on the table.

“I hope abstention decreases, that there are young people who launch themselves into politics “, concludes Jennifer.