Protests in Australia ask to abolish the monarchy, on the Day of Mourning for Elizabeth II 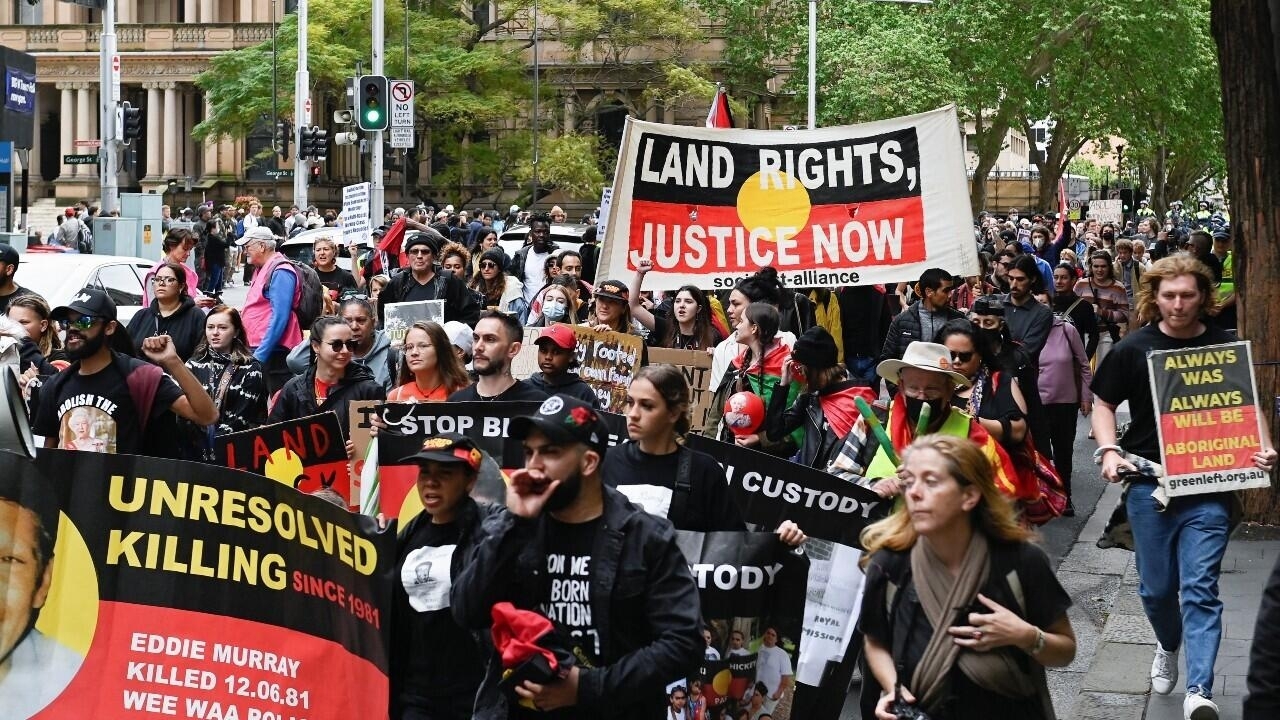 This Thursday, September 22, when the Day of National Mourning is commemorated for the death of Queen Elizabeth II, thousands of citizens in Australia took to the streets to demand the end of the monarchy. The protesters reject the “destructive” impact of the British on indigenous peoples when they arrived in the country more than two centuries ago, among other demands.

A colonialist past from which thousands hope to distance themselves. “Abolish the Monarchy” is the demand of thousands of people protesting in Australia, in full commemoration of the National Day of Mourning decreed to pay tribute to Queen Elizabeth II, who died on September 8.

The demonstrations spread through some of the most important cities in the country such as Sydney, Melbourne and Canberra.

Citizens point out that it is time to break any ties with the British Crown. They denounce the persecution of indigenous peoples since those from the United Kingdom landed on Australian territory more than two centuries ago.

“The monarchy must be abolished, it should have been many years ago (…) First Nations people inside Australia are still fighting for their traditional lands. We demand that they return these lands to the owners,” said Paul Silva, an activist indigenous person who participated in a mobilization, in Sydney.

🎥 “The monarchy represents everything that’s wrong with the world today”

Australia declared a national holiday on Thursday and held a memorial ceremony in Canberra for the Queen.

➡️ But more than a thousand people took to the streets to protest the national day of mourning. pic.twitter.com/dcnvlCDvsK


In the Australian capital, hundreds gathered near a statue of Queen Victoria in the city center before marching through the streets.

“I think the monarchy should be aware that there are unfinished business here in Australia (…) The monarch is not a reason for mourning, it is something for our people to rejoice in,” said Gwenda Stanley, a protester from the Gomeroi Aboriginal people. , which also called for the return of native lands and recognition of “war crimes.”

Australia’s Prime Minister, Anthony Albanese, who took office last May, promised to call the country to a referendum to reform the Constitution and make room for the voice of indigenous people in the country’s Legislature.

The current Magna Carta, dating from 1901, does not mention or recognize the indigenous people or the Torres Strait Islanders as the first inhabitants of the nation, which raises continuous claims of these historically marginalized and discriminated minorities.

However, the leader of the Government recently pointed out that the impulse of an Australian republic during the period of mourning for the sovereign, buried on September 19, after 11 days of funeral ceremonies, is “inappropriate”.

Albanese has indicated that he would organize the consultation before the end of his term in 2025.

Since May 2017, representatives of the indigenous and island communities signed the so-called Declaration of Uluru’, with which they request the creation of their own body of political representation and a treaty with the Government that grants them powers over matters that affect these collective.

Indigenous communities arrived on Australian territory more than 60,000 years ago and since British colonization in the 18th century they have suffered constant mistreatment.

These communities, which represent 3.2% of the total population of the country, live in poverty and generally in remote areas.

The inequalities they face remain marked. They have a shorter life expectancy than other Australians and a higher rate of deaths in prison, which has been criticized by human rights organizations such as Human Rights Watch.

Precisely, the deaths of these people in the custody of the authorities have been the cause of massive protests, but the problem remains unresolved.

The new claims have erupted after the death of the highest representative of the British crown, a symbol for many of long-standing oppression.

Australia’s Governor General David Hurley, who represents the monarchy in the country, said he recognized the concerns of the first inhabitants of the island continent.

“Considering the unifying role that Her Majesty played, I recognize that her passing has provoked different reactions from some in our community (…) I am aware and respect that the response of many First Nations Australians is shaped by our colonial history and a journey of reconciliation. That is a journey that we as a nation must complete,” Hurley said, speaking at a national memorial service for the queen in Canberra, the capital.

The persecution of indigenous peoples has been woven into the history of Australia, from the annihilation of part of the population after colonization, to later policies such as the forced removal of children.

The arrival of the British settlers in 1788 marked the beginning of the discrimination and oppression of the indigenous people, problems that did not end even more than two centuries later.

Art of the GDR: The hard ones in the garden