Protests and repression in Colombia: harsh complaint from the IACHR 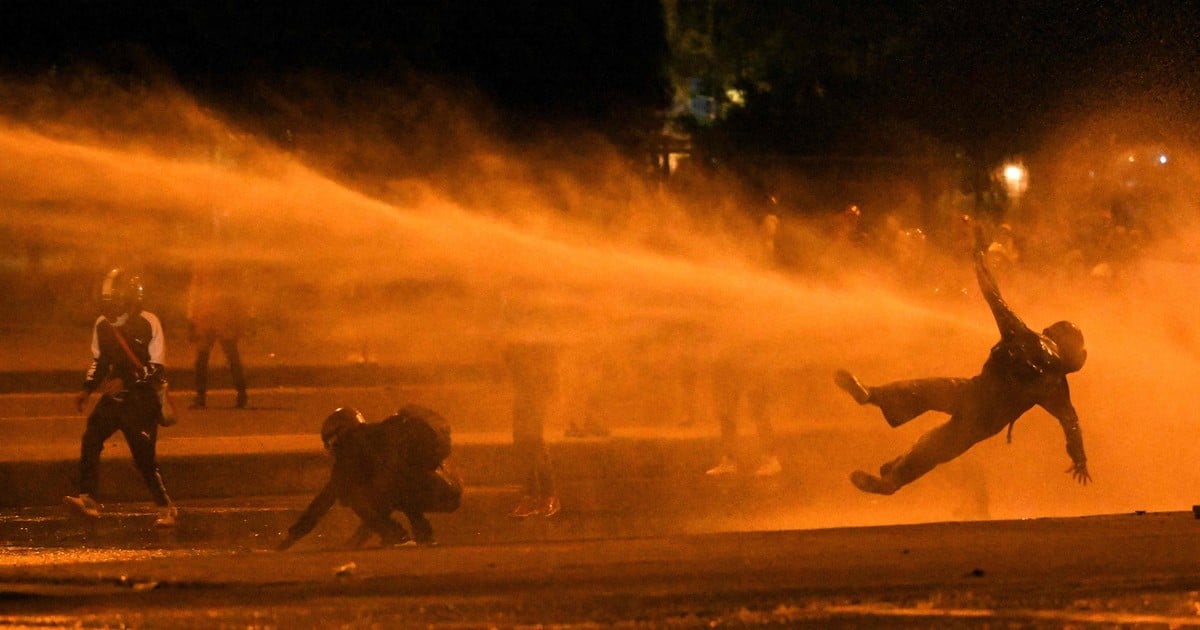 The Inter-American Commission on Human Rights (IACHR) denounced this Wednesday the “disproportionate” and “lethal” response of the Colombian state forces to the protests that broke out on April 28 against the government, after an extraordinary visit to the country.

“The Commission found that repeatedly, in various regions of the country, the State’s response was characterized by the excessive and disproportionate use of force. In many cases the action included lethal force, “said the president of the IACHR, Antonia Urrejola, during a virtual press conference in Washington.

The Commission presented a 48 page report with the complaints of human rights violations collected during his visit to Colombia between June 6 and 10 in the midst of a severe crisis caused by discontent with the government of Iván Duque.

After hearing from more than 500 people, the IACHR recommended that the Colombian State respect the right to demonstrate, the “immediate cessation of the disproportionate use of force”, separate the police from the Ministry of Defense, “abstain from prohibiting in a generalized way roadblocks as forms of protest, “protect journalists who are frequent targets of attacks, make reparations to victims, among other suggestions.

The police harshly repressed the protests against the government of Iván Duque, which began in late April in Colombia. Photo: AFP

President Duque assured for his part that he is “respectful of peaceful protest” but not of “acts of vandalism, acts of low-intensity urban terrorism, roadblocks”.

“No one can recommend that a country be tolerant with acts of criminality,” said the conservative president in Bogotá.

The social outbreak began against a tax hike promoted by the government and later scrapped under pressure from hundreds of thousands of people on the streets.

Repression fueled social unrest and led to a movement rejecting Duque’s management during the pandemic.

The protests were mostly peaceful (89%), although there were roadblocks, riots and clashes between civilians and the security forces, according to the IACHR.

Protests against a tax reform in Colombia led to harsh incidents for more than a month. Photo: AFP

More than 60 people died in the midst of the crisis, according to the Ombudsman’s Office (ombudsman) and civil authorities, although the Commission denounced “inconsistencies in the figures registered by the different State entities.”

The police are in the crosshairs of the international community for excesses and abuses against protesters.

Duque, taking advantage of the IACHR’s visit, announced a plan to “modernize” the human rights police force, without removing it from the protection of the Ministry of Defense as demanded by the protesters, given the military treatment they received.

“The Commission observes with concern the persistence of the logic of the armed conflict in the interpretation and response to the current social mobilization. In this regard, it reiterates that disagreements occur between people who must be protected and not against the enemies that must be fought.” stated in the report.

Despite the complaints collected by the IACHR envoys during their visit, the government emphasized this Wednesday that the “use of force” occurs in “exceptional events” under the principle of “legality.”

The IACHR report includes the government complaints about the “infiltrations of the protests of armed third parties “.

According to authorities, drug trafficking groups and the National Liberation Army (ELN), the last recognized guerrilla in the country, are camouflaged among the protesters to create chaos.

As for the roadblocks, the government insisted on rejecting them, for putting “the lives, health and subsistence of citizens at risk.”

The Colombian military police reacted strongly against the protesters in Colombia. Photo: REUTERS

The IACHR, for its part, recommended evaluating them “on a case-by-case basis, ensuring coexistence between the exercise of the human right to protest and the fundamental rights of third parties.”

The report also highlights complaints about attacks on women, indigenous people, Afro, LGTBI people and recommends an “effective and inclusive dialogue” to get out of the crisis.

The IACHR “noted with great concern the existence of a climate of polarization (…) that is manifested in stigmatizing speeches” that sometimes “come from public authorities,” he added.

The most visible front of the mobilizations suspended the protests until July 20, although less crowded marches persist with other leaderships.

The protesters demand a more supportive state to deal with the economic ravages of the pandemic, poverty (42%) and unemployment (16.6).