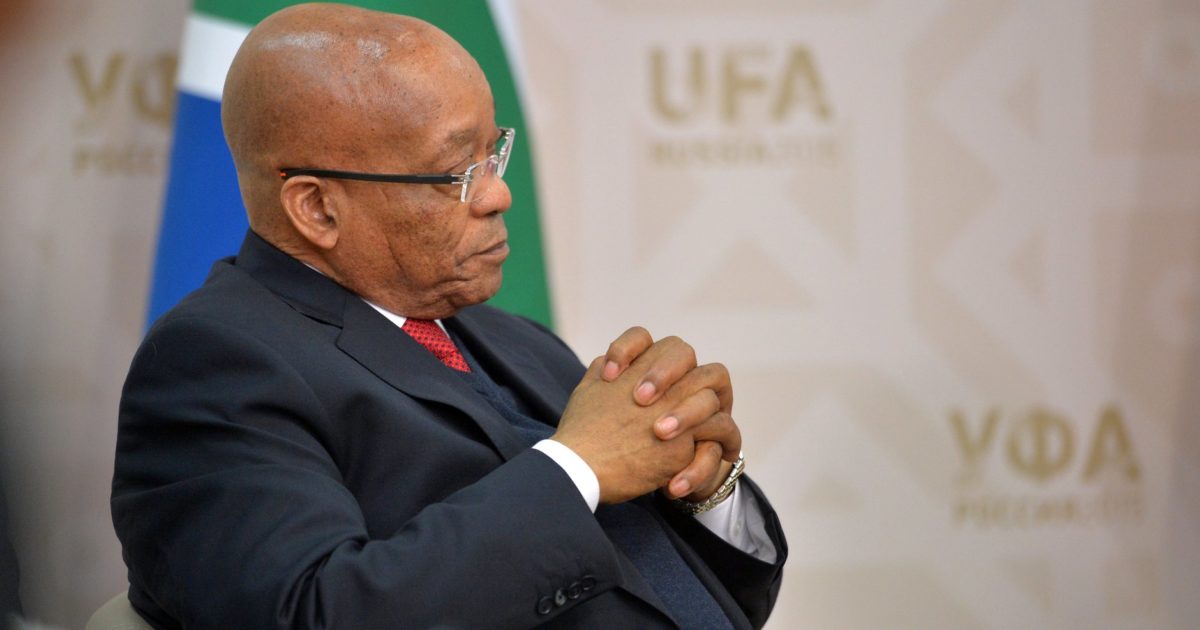 Protests against the arrest of former President Jacob Zuma spread across South Africa this weekend. The streets of Johannesburg and other cities were taken over by protesters.

On Wednesday (7.Jul.2021), Zuma was arrested in his hometown, KwaZulu-Natal, where he is expected to serve a 15-month sentence for contempt, after refusing to testify in corruption cases.

President Cyril Ramaphosa said this Sunday (11.Jul) he did not see any justification for the violence. According to him, the acts delay the reconstruction of the economy in the midst of the pandemic. Ramaphosa was Zuma’s deputy and took office in February 2018 after the then president resigned.

On Sunday (11.Jul), protesters armed with sticks, golf clubs and tree branches were seen marching through downtown Johannesburg, according to the Reuters. The night before, about 300 people barricaded a major city highway. Images show burning buildings and cars.

An act involving about 800 people in Alexandra, a district of Johannesburg, left 1 police officer shot and 2 others wounded. Police also responded to reports of looting in Johannesburg and KwaZulu-Natal.

According to KwaZulu-Natal police spokesman Jay Naicker, it is not clear whether those responsible for the criminal acts are linked to the pro-Zuma protests. According to him, there are “criminals or opportunists trying to get rich during this period“.

In a statement, the police said 62 people were arrested in the provinces of KwaZulu-Natal and Gauten, the country’s main economic hub, where Johannesburg is located. Liquor stores were robbed and shop windows smashed.

South Africa has a moving average of nearly 20,000 covid-19 cases a day. On average, 375 South Africans die daily from the disease, according to the World in Data. The sale of alcoholic beverages is banned in the country as a measure to contain the pandemic.

The former president of South Africa, Jacob Zuma, was sentenced to 15 months of imprisonment for contempt, after missing a hearing in February this year.

Zuma allegedly negotiated contracts with the Guptas brothers, an Indian family. Supposedly, they could choose ministers from the then president’s cabinet.

In addition to the corruption inquiry, the South African faces 16 more charges of fraud, bribery and extortion. He is suspected of defrauding the equivalent of US$ 5 billion (R$ 26.3 billion, at the current price) in the purchase of military equipment in 1999, when he was the country’s vice president. The politician pleads innocent of all charges.

Zuma presided over South Africa from May 2009 to February 2018, when he was deposed by the African National Congress.