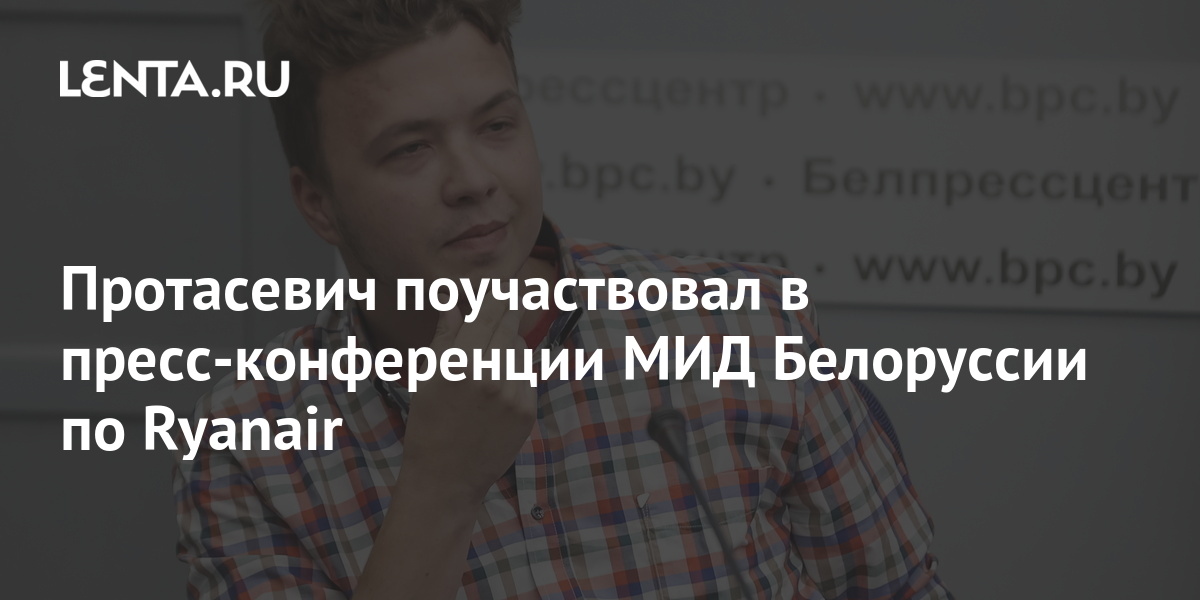 Former editor-in-chief of the NEXTA Telegram channel Roman Protasevich took part in a press conference of the Belarusian Foreign Ministry on the emergency landing of Ryanair in Minsk. This is reported by RBC.

In addition to Protasevich, representatives of the Ministry of Defense, the Ministry of Transport, the Border Service and the Investigative Committee of the country took part in the department’s press conference. The Commander of the Air Force of Belarus Igor Golub said during the briefing that “there was no interception, forced U-turn from the state border and forced landing of the Ryanair aircraft.”

Earlier it was reported that Protasevich took as a joke the words that President of Belarus Alexander Lukashenko personally beat him in the pre-trial detention center. “It’s just ridiculous,” he answered a journalist’s question during a press conference of the Belarusian Foreign Ministry. He also said that he feels great, no one beat him, and he is ready to undergo an independent medical examination.

A Ryanair plane flying from Athens to Vilnius made an emergency landing in Minsk on May 23 after reports of mining operations. A MiG-29 fighter was raised to escort the liner. The explosive device was not found on board. The security forces detained Protasevich, who was on the plane, and his girlfriend, a Russian woman, Sophia Sapega.