Protasevich announced a big interview about Belarus and Russia 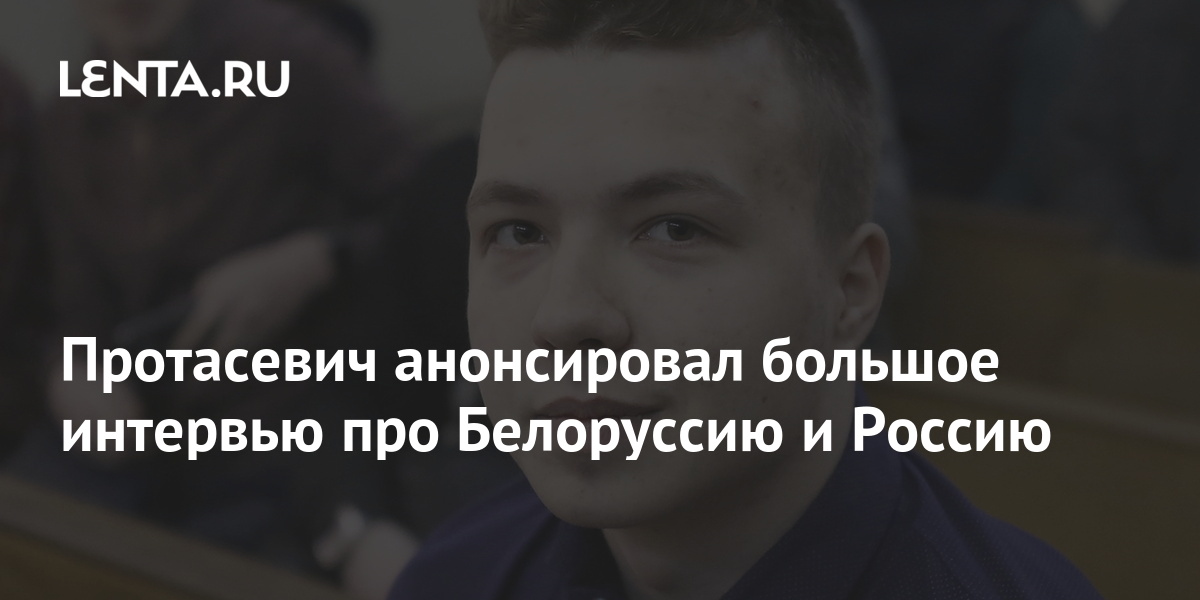 Under house arrest, former editor-in-chief of the opposition Belarusian Telegram channel NEXTA Roman Protasevich announced the release of his interview about Belarus and Russia. A message about this appeared on his page in Twitter…

As the journalist explained, in a conversation with representatives of the Lithuanian press, which he will soon introduce to readers, the issues of interaction between Belarus and Russia were raised against the background of aggravation of Belarusian-Lithuanian relations.

He called the resulting interview “big and interesting.” Protasevich accompanied the publication with his photo with the caption “Lithuania is pushing Belarus into the arms of Russia”.

On May 23, a Ryanair plane flying from Athens to Vilnius made an emergency landing in Minsk after reports of mining operations. On board Protasevich and his girlfriend, Russian woman Sofia Sapega, were detained by local law enforcement officers. They were accused of violating order and organizing mass events after the presidential elections in Belarus in August 2020. Because of this incident, relations between Belarus and Western countries, in particular, Lithuania, have sharply deteriorated.

On June 3, the Belarusian state channel ONT showed an interview with Protasevich, where he made a number of high-profile confessions. In particular, he took responsibility for organizing the protests in Belarus and named his supporters, spoke about the preparation of a forceful seizure of power, and also that NEXTA is funded by a Russian oligarch, and the headquarters of the leader of the Belarusian opposition Svetlana Tikhanovskaya – by Lithuanian businessmen.

Soon after, Protasevich and Sapega were transferred from the pre-trial detention center to house arrest, where they gained access to the Internet.