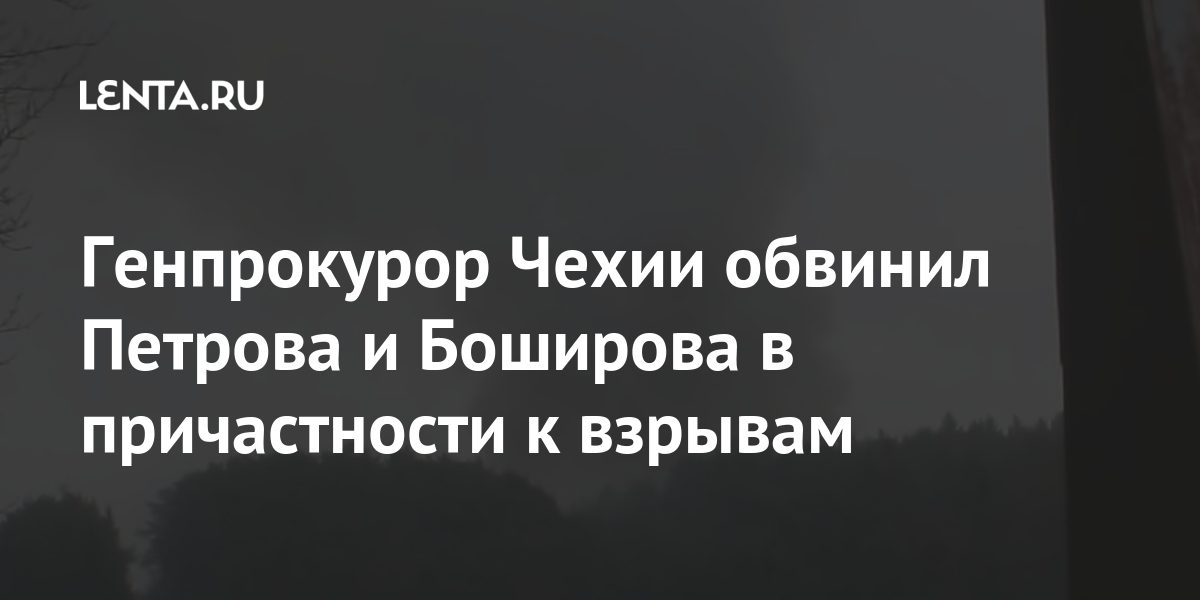 Czech Prosecutor General Pavel Zeman said that Russian citizens Alexander Petrov (presumably Alexander Mishkin) and Ruslan Boshirov (presumably Anatoly Chepiga), who were accused of poisoning the Skripals in 2018, were involved in the case of the explosion of an ammunition depot in Vrbetica. This is reported by the Czech edition Novinky.cz.

Zeman confirmed that agents in the UK suspected of poisoning Sergei Skripal and his daughter Novichok in 2018 were behind the attack on the ammunition depot. “We can say that these people were associated with the attack on Vrbetice,” Zeman said after a government meeting.

The Prosecutor General also pointed out that the explosion should not have occurred in the Czech Republic, and “the target of the attack was military equipment heading for Bulgaria.”

Earlier, representatives of the Czech special services announced that the Russians Petrov and Boshirov were at the site of an explosion at an ammunition depot in Vrbetica in October 2014. On April 17, the Czech police put them on the wanted list.

Explosions at the ammunition depot took place on October 16 and December 3, 2014. The cause of the incident remains unknown.

Former GRU colonel Sergei Skripal and his daughter Yulia were poisoned on March 4, 2018 with the Novichok nerve agent. According to an investigation by Bellingcat and The Insider, Boshirov is actually a career officer of Russian military intelligence, Colonel Chepiga, and Petrov is a military doctor, GRU officer Mishkin.

Distinctive “whistle” in the two “two sides of the summit” matches