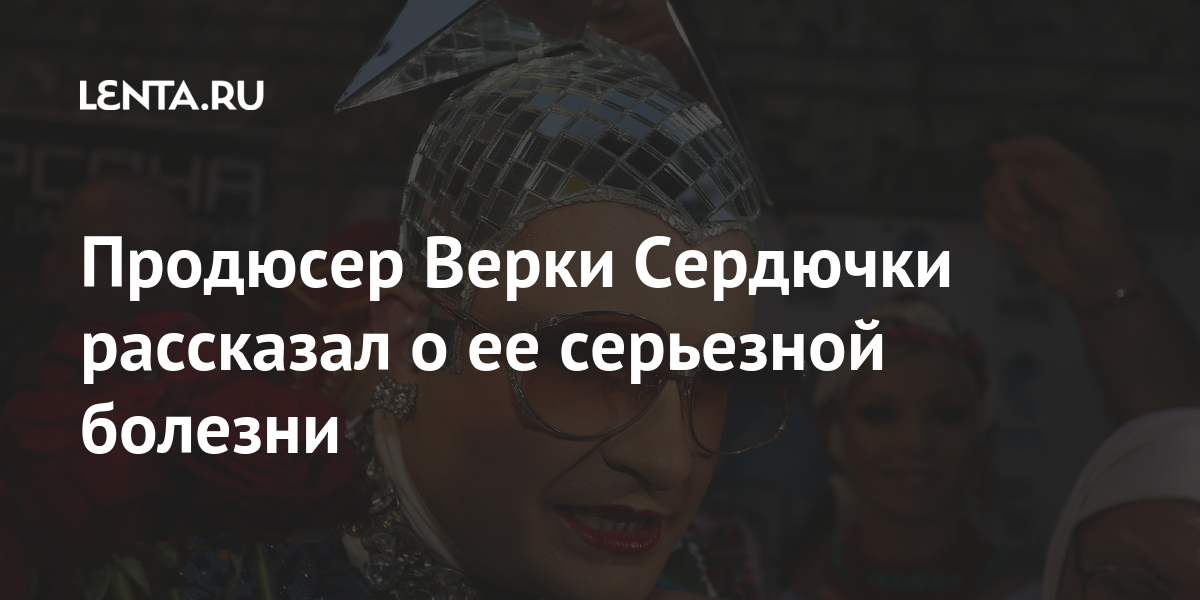 Yuri Nikitin, producer of Ukrainian musician Andrey Danilko, known under the pseudonym Verka Serduchka, spoke about his serious illness. He announced this on the air of the program “Zirkoviy shlyakh”, the issues of which were published in Youtube…

According to Nikitin, the artist has “more serious health problems” than it might seem.

“A large group of specialists is working on his recovery, doctors not only from Ukraine, but also from other European countries are involved in this process,” the producer said.

Nikitin added that Danilko is already in excellent shape compared to “the depression that he had after 2007”. For a very long time, the musician could not create at all, generate ideas and perform, he explained.

In February 2020, Danilko announced that the singer Melovin could have been sued at Eurovision in 2018 due to the scandal with Russia at the previous music contest. According to him, Ukraine was punished in this way – they did not give a single point, “because there was a scandal with Russia then.”

In 2019, the artist Andrey Danilko had heart problems during the filming of the New Year’s show “Privit, 20-ti!” for the TV channel “Ukraine”. 46-year-old Danilko felt bad even before the start of his performance: he was pale, spoke with difficulty, and after each performance he returned to the dressing room “completely wet with sweat.”

Gearing up for the classic scooter revival in Mallorca

The opinion of the Spanish on justice: unavailable to corruption although slow and subject to political and economic pressure