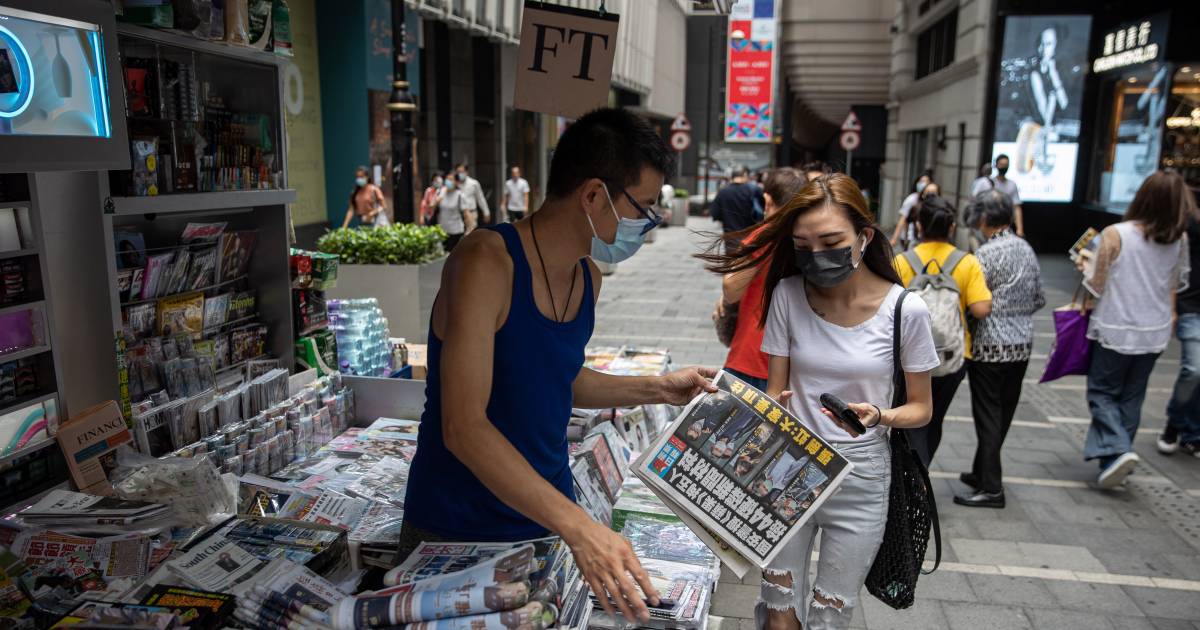 The pro-democratic newspaper Apple Daily in Hong Kong, a day after the police raided the newsroom and the arrest of a number of executives, it reappeared on the shelves on Friday, with an extra large circulation and a message of resistance characteristic of the newspaper on the front page, which reads : ‘We must continue.’ 500,000 copies of the newspaper were printed on Friday, compared to 80,000 the day before.

The newspaper and imprisoned owner Jimmy Lai have long been a thorn in Beijing’s side with their unwavering support for the pro-democracy movement in the financial center and their scathing criticism of China’s authoritarian leaders.

Editors in chief Ryan Law and publisher Cheung Kim-hung have been arrested, among others, the meldt South China Morning Post. According to the newspaper, about two hundred officers broke into the headquarters around 7 a.m. local time, and the operation was over by 1:30 p.m. The officers searched, among other things, laptops and documents. Police said they were looking for evidence of inciting foreign interference. The journalists were not allowed to enter the workplace and had to register before they could enter the building.

The arrests show that Beijing is using national security law to target dissent, British Foreign Secretary Dominic Raab said. Freedom of the press is one of the rights that China has promised to protect in the treaty that China and the United Kingdom signed in 1984 on the handover of Hong Kong to China in 1997, the minister recalled. He calls on the Chinese to respect that.