Private property: in the Church they say that everything that Pope Francis says should not be related to Argentina 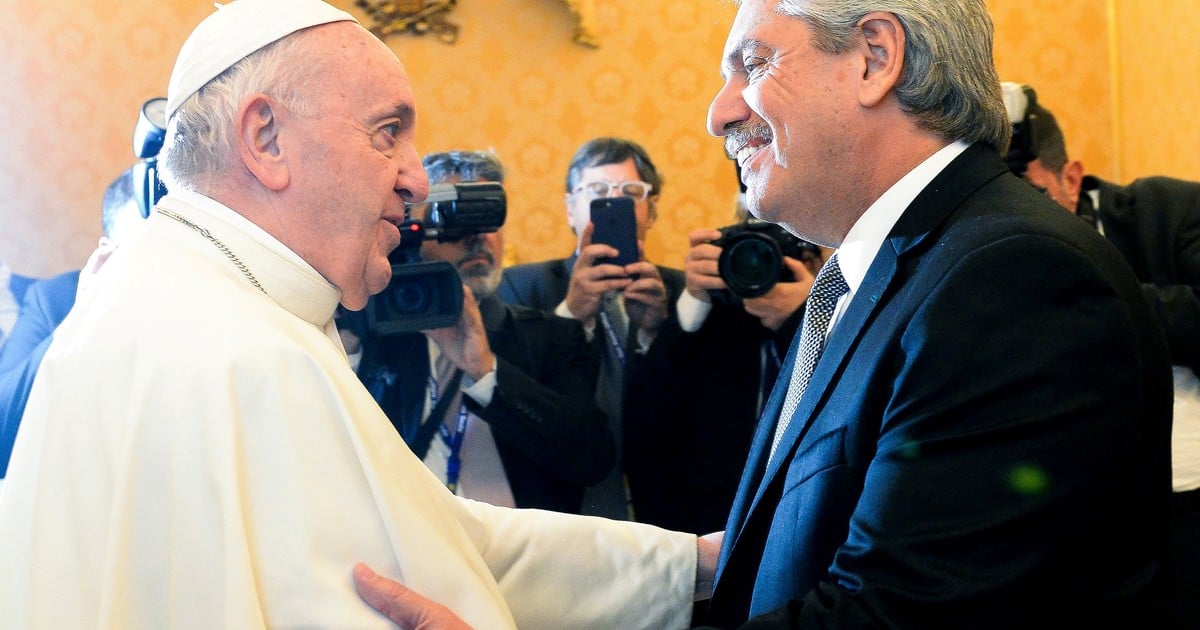 Given the criticism that the Pope received this week, the leadership of the Episcopate in the country gave up going out to clarify that Francisco is in no way against private property, although it considers it “a secondary right”, in line with the traditional position of the Church.

“We can’t be explaining everything he says, especially since the crack that divides politics leads to irreducible positions that determine that any attempt at clarification is ineffective”Said a spokesperson.

However, it was recognized that unlucky which was this time the fact that the Pope’s concepts have coincided with a questioning by the President of the Nation to the right to inheritance in the case of unproductive lands and with a controversial ordinance of the Deliberative Council of Avellaneda, which opens the way for the confiscation of lands with tax arrears.

“But from there to think that Francisco said what he said to support those positions it’s nonsense”Said the source.

“We must stop being so self-referential, to believe that everything Francisco says or does is related to Argentina and to accept once and for all that he is no longer the archbishop of Buenos AiresInstead, he is the Pope and his territory is the world ”, said this week the head of the chair of Social Doctrine at the UCA, Professor Pablo Blanco.

“Or perhaps every time you pronounce concepts of the Social Doctrine of the church you must take into account episodes from your country?”, he asked himself.

Strictly speaking, Francisco’s concept was part of a message to the International Labor Conference that is currently in session in Geneva. And that he had already expressed in his social encyclical, Fratelli Tutti, which he published last year. in which also claims the right to property “In the positive sense: I take care of and cultivate something that I own, so that it can be a contribution to the good of all”, And recognizes the role of entrepreneurs in generating wealth.

Professor Blanco explained to Clarín that the Church’s position on private property was established 130 years ago by Pope Leo XIII in his encyclical Rerum Norarum (1891) with which the Social Doctrine began to develop and that it was also criticized. He pointed out that other popes followed this line, such as John Paul II, who in his encyclical Solicitudo Rei Socialis (1987) says that on all private property “a social mortgage is levied.”

“That the right of property be secondary It means in the first place that it is a right subordinate to a higher purpose, which is the enjoyment of goods and opportunities by all men, which is recognized by the principle of the universal destination of goods, ”says Blanco. But he clarifies that “that does not mean that the right to property should be abolished or it implies advocating for their collectivization ”.

It also brings up the Catechism of the Church, which says in its latest version (1992) that “the right to private property, acquired or received in a fair way, does not cancel the original donation of the earth to the whole of humanity. The universal destination of goods continues to be paramount, although the promotion of the common good requires the respect for private property, of its right and its exercise ”.

The Archbishop of La Plata, Víctor Manuel Fernández, very close to the Pope, has just exemplified in a column in Infobae the “Social function” that the Church grants to private property and that leads it to be considered as a secondary right: “It is evident – he wrote – that someone, no matter how much they have a property deed, cannot use it to accumulate toxic waste because they must take care of the planet that belongs to everyone.”

Monsignor Fernández added other examples: “No one maintains that they can increase and accumulate their assets without paying taxes and without contributing to the common good, because in addition to being an owner, they are a citizen,” he says.

“Nor does it mean that you can shoot anyone who enters without permission because the human right to life is superior, “he says. And he ends up wondering: “Why all the fuss over something obvious?”.