Prisons There are a lot of sick prisoners and people who have fallen through all the safety nets, the majority earn less than 675 euros a month 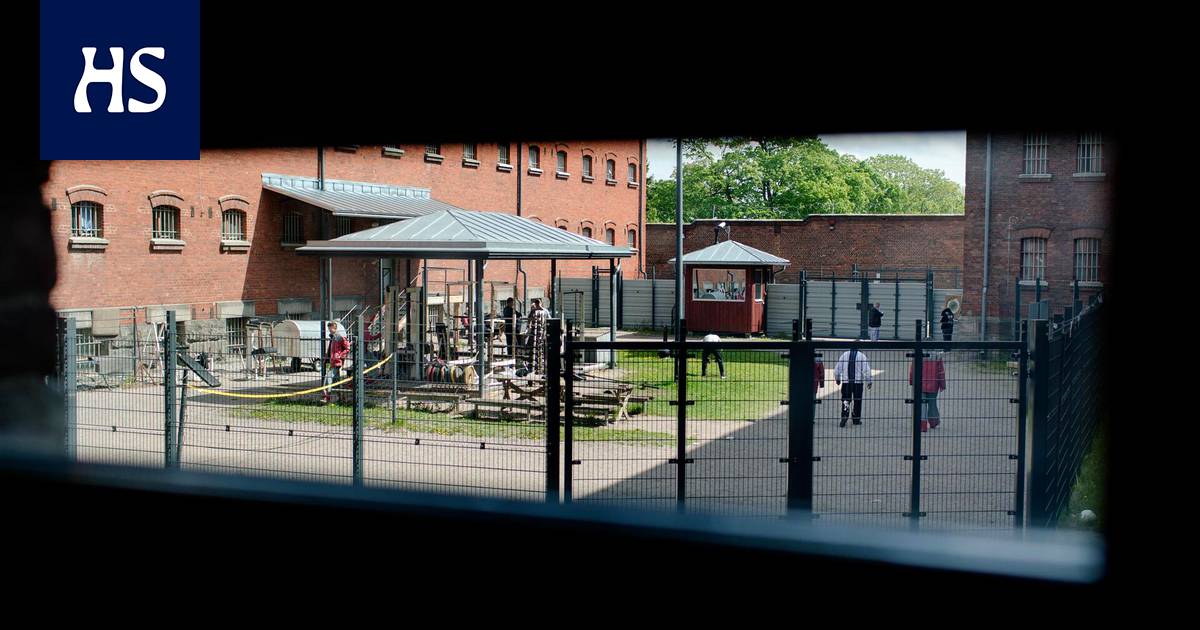 According to a recent study, low income is the clearest unifying factor for those subject to a fine conversion penalty. About 7,500 people were included in the study.

Last extended and considered problematic in principle during the government’s term, the conversion penalty is mainly targeted at low-income people, says a recent research article. Conversion of a fine means that a person who repeatedly fails to pay his fine is sentenced to prison.

One of the authors of the article, the designer of the Penitentiary Tuomas Laurila says that among those interviewed for the study, according to the previous perception, there were a lot of the homeless, people with substance abuse problems and the unemployed.

“About five of the 20 interviewed were homeless, which is a large number when compared to the base population. Then it was told about years of substance abuse problems and unemployment, and that in general, attachment to working life and study was quite a mess. ”

However, the interviewees also included, for example, a university of applied sciences student and several who had received vocational training, Laurila says.

“A lot of people strive to plan their lives wisely, but it’s often such a day-to-day survival because of low income, even if it’s motivated.”

Laurilan according to him, the effects of imprisonment on people varied greatly.

“For those with a lot of experience in prison, that few-week period is unlikely to change anything or affect the worldview.”

According to Laurila, being imprisoned for the first time and breaking up everyday life can be traumatic. In some of the interviewees, imprisonment had started suddenly when the police noticed unpaid fines, for example in connection with traffic control.

“It has left that seat in prison, and the car has been taken over by the police.”

According to the study, it took an average of 33 months from the time the crime took place to the beginning of the prison sentence, or almost three years.

“Many interviewees did not clearly remember what that crime was. Many times the life situation had changed, and many talked about the past lifestyle. ”

According to the study, the most convictions were for theft and traffic offenses. The most common criminal term leading to imprisonment was pickpocketing. Half of the fine was up to € 400 and one in ten was over € 1,000. The average conversion sentence was 16 days in prison.

Imprisonment when it starts, a person has one last chance to pay their fine, and according to Laurila, many are still trying. Attempts are made to raise money, for example, by borrowing from relatives or friends.

A positive result of the study was that recidivism was not higher for last-minute offenders than for those in prison. According to Laurila, it is also possible that borrowing money could exacerbate financial problems and lead to new crimes, for example.

For some, however, imprisonment is the only option, and according to Laurila, the clearest “benefit” of the system for the poor is getting rid of debt. For many, prison also means overnight accommodation, health care and substance abuse. In prison health care, for example, badly inflamed skin or feet are treated. For some, regular food and rest are a big relief.

The prison thus partially replaces those places where the rest of society has failed. According to Laurila, this is not a desirable situation.

“There are many poor and sick who do not commit a crime, but prefer to even starve. Prison can by no means be the only one, but the service system should be better able to find such people earlier. ”

Sakon the conversion penalty was extended during the last government term. The then Minister of Justice who pushed for the reform Antti Häkkänen (kok) considered it important because of his according to him it would improve “respect for the law” and the credibility of the penal system.

The reform awakened fresh criticism in jurists. For example, Professor of Criminal Law at the University of Helsinki Kimmo Nuotio has criticized the system.

“It’s also very special that the minister is, in a way, celebrating the fact that a few alcoholic thieves are being sent to prison with a tough conversion,” he said. Helsingin Sanomat in an interview two years ago.

Also former CEO of Rise Esa Vesterbacka has considered the conversion of the fine to be problematic in principle.

“The people affected by the conversion are the most marginalized in this society, and for them, the conversion is beginning to be justified in talking about indebtedness,” he said. STT: n in an interview another summer.