Prisoner, hero and traitor ?: The dark story of a former marine in the crosshairs of the FBI 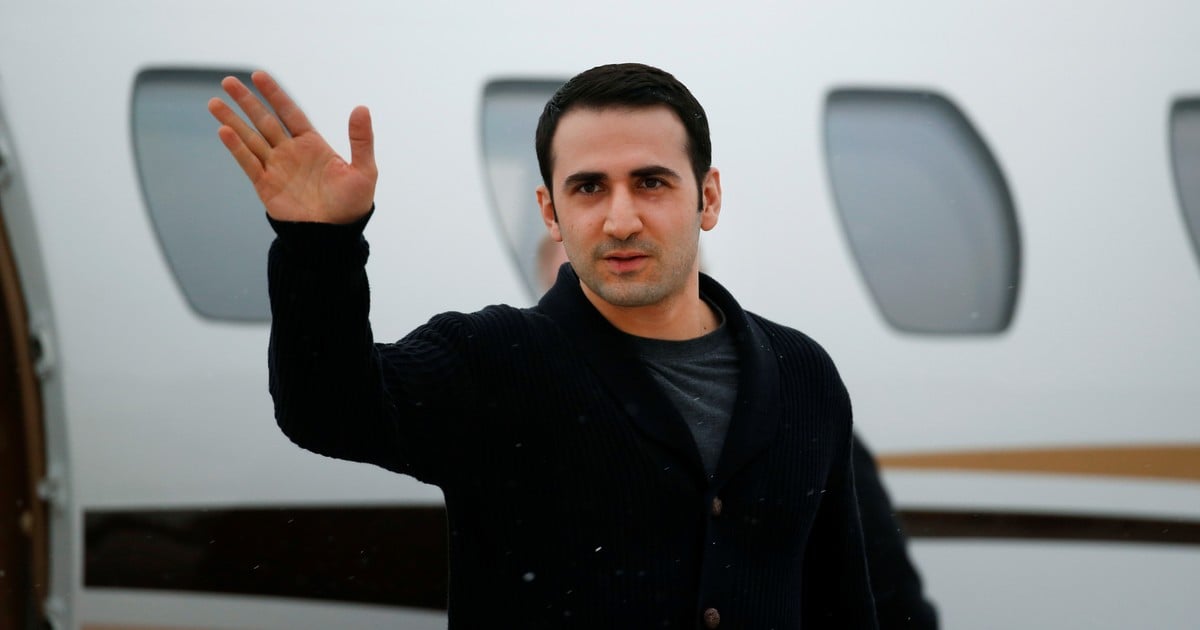 After being released from Iranian custody through a 2016 deal that was heralded with great fanfare as a diplomatic breakthrough, Amir Hekmati was declared eligible to receive 20 million dollars in compensation from a special fund of the US government.

But the day to collect them never came and Hekmati was left wondering why.

The answer has finally come: court documents recently reviewed by The Associated Press reveal FBI suspicions that Hekmati traveled to Iran to sell classified secrets, and not, as you say, to visit your grandmother. He vigorously rejects the allegations, has never faced criminal charges, and challenges a special expert’s conclusion that he lied about his visit to Iran and is therefore not entitled to the money.

The FBI investigation helps explain the government’s refusal of more than two years to pay Hekmati and muddies the story around an American citizen, Marine and Iraq war veteran whose release was pushed by the highest levels of the country’s government, including by Joe Biden, then vice president, and John Kerry, then secretary of state. The legal documents give radically contradictory versions of Hekmati’s purpose in visiting Iran and detail the latent dispute behind the scenes over whether he has the right to access a fund that compensates victims of international terrorism.

Hekmati maintained in an affidavit that the accusations he tried to sell themselves to Iran are ridiculous and offensive. His lawyers say the government suspicions detailed in FBI reports and letters from the fund’s special manager denying the payments are unfounded and based on hearsay.

“In this case, the US government should speak out clearly or call for silence,” says Scott Gilbert, one of Hekmati’s attorneys. “If the government thinks they have adequate arguments, let them accuse Amir. Take him to trial. But you, the US government, are not going to do it because you cannot. They don’t have enough factual evidence to do so. ”Gilbert did not agree that Hemkati could be interviewed while his client’s claim for compensation is pending.

The FBI and the Justice Department declined to comment, but on hundreds of pages of documents filed in the case details of the investigation appear.

Documents show that the FBI opened an espionage investigation into Hekmati as early as 2011, the year he was detained in Iran. under suspicion that he was spying for the CIA.

Raised in the state of Michigan, Hekmati, which served as a soldier of infantry and interpreter in Iraq before being discharged from the Marine Corps in 2005, with honors, maintains that he went to Iran to visit a sick grandmother after a brief and unsatisfactory stint as a contractor for the Department of Defense in which he conducted analysis of intelligence in Afghanistan.

But the FBI concluded that went there with the intention of selling classified information to Iran, according to a five-page summary of his research, unsigned.

The assessment is based in part on accounts from four independent but unidentified witnesses who claim that Hekmati approached Iranian officials offering them classified information, as well as the fact that he abruptly resigned from his recruiting position before the end of his contract and He left for Iran without telling friends and colleagues, according to what the FBI claims. An FBI computer forensic search determined that, while in Afghanistan, Hekmati accessed hundreds of classified documents about Iran that investigators said were outside the scope of his job responsibilities, judging from the files.

Hekmati, the son of Iranian immigrants, says he openly researched Iran to gain specialized knowledge about Iranian influence in Afghanistan. “Everyone knew” what activity I was doing “he said at a hearing last year, and supervisors put no restrictions. Now he explains that he had already left his job when he left for Iran and was therefore not obliged to inform his colleagues of the trip. He adds that, in Iran, at no time did he meet with any Iranian official or attempt to sell government secrets.

Hekmati’s lawyers say that the FBI’s suspicions are impossible to reconcile with the treatment his client suffered in prison, which, according to them, included torture and being forced to record a coercive confession, although false. If Amir were really spying for Iran, Gilbert observes, “you’d think the guy would have been a valuable asset, that they would have wanted to do something with him” rather than mistreat him.

He was initially sentenced to death, but the sentence was ultimately reduced to 10 years.

Hekmati had the support of senior officials, including Kerry, who demanded his release, and Biden, who was reunited with his family in Michigan. In January 2016, after four and a half years behind bars, the prisoner was released along with other US citizens, including Washington Post journalist Jason Rezaian, as the Obama administration entered its final year in office, eager to find signs of improvement in relations with Iran following the controversial nuclear deal.

Months later, Hekmati sued Iran for his torture. A federal judge in Washington handed down a default judgment of $ 63.5 million after Iran failed to challenge the claims. Subsequently, Hekmati applied to collect through a fund for victims of terrorism managed by the Department of Justice and financed with assets seized from US adversaries. According to lawyers, he was awarded the legal maximum of $ 20 million.

The fund’s special expert at the time was Kenneth Feinberg, famous for overseeing compensation for victims of the September 11 attacks. In December 2018, Feinberg authorized a first payment of more than $ 839,000.

But for months no other money came. When Hekmati’s lawyers warned they would have to sue, the Justice Department cryptically indicated that he was seeking to reconsider the award.

In January 2020, the special expert Feinberg formally revoked the former marine’s ability to access the fund, arguing that his request contained errors and omissions and that certain information from the Department of Justice supported the conclusion that Hekmati he had visited Iran with the intention of selling secret information.

A second letter from last December did not repeat that precise accusation, but said that during three FBI interviews Hekmati had made “evasive, false and incoherent statements.” that he had not been able to “credibly refute” that most of the classified information he had accessed was related to Iran and that “he had traveled to Iran for primary purposes other than visiting his family.”

Kenneth Feinberg declined to comment, saying his decision “speaks for itself.”

All correspondence was secret until January, when Hekmati’s attorneys filed it in the Federal Claims Court in Washington as part of their litigation. Hundreds of additional pages of documents describing the investigation have since been submitted.

The files include summaries of FBI interviews with Hekmati in Germany, on his way back from Iran in 2016, and in Michigan, showing FBI agents questioning him with increasing suspicion.

One summary says that when asked if he had accessed classified information on Iran Hekmati refused to answer and replied that the FBI could find out for itself. In a follow-up interview, another agent confronted Hekmati with the FBI assessment that he had gone to Afghanistan to obtain classified information that he could sell to Iran. After a long tug of war, Hekmati replied to the FBI that he had accessed this material to become an expert on the matter.

Hekmati and his lawyers claim that the FBI interviews should not be considered credible, in part because at the time he suffered from post-traumatic stress effects.

No status of the investigation is clear today, as are the prospects that Hekmati will ever receive payment. But Gilbert, his attorney, says he hopes the decision will be reviewed by the new Justice Department.

“I am hopeful that we will see the corresponding result and we can put an end to this saga “.

Like the United States: The British also want to withdraw soldiers from Afghanistan by September 11th