Princess Montonera is back: ‘One thing is to recognize figures who resisted 40 years ago and another to put them as undisputed authority’ 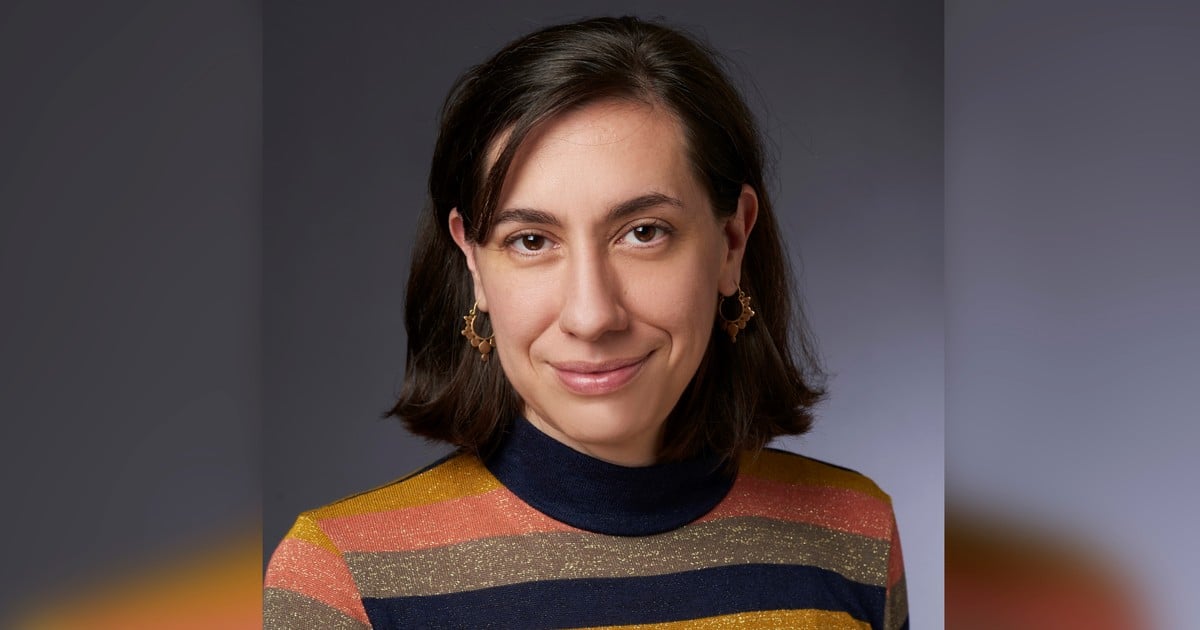 Those who frequented the world of blogging a decade ago are very aware of the Princess Montonera, that in his Diary -One of the most interesting of that time- recorded with a sharp and lucid gaze the vicissitudes of being the daughter of the disappeared, embroidering with exquisite humor and without any complacency the complex issues of orphanhood as a product of State terrorism.

Its author is Mariana Eva Perez, political scientist and writer, daughter of Patricia Roisinblit and José Manuel Pérez Rojo, two kidnapped and disappeared Montoneros militants, driving force behind the search for her younger brother born in ESMA and raised in the “Rights ghetto Humans, ”as he writes in what soon became a book that surprised critics and readers with its depth and irreverence.

Diary of a Princess Montonera-110% true was published in 2012 and has just been reissued under the Planeta label in a definitive version that triple the pages of the original, adding two more parts: the years of the “Berlin exile” where the author travels to Germany for her doctorate but also to restart her life and the return to Argentina to be part of the complaint in the trial for the kidnapping and disappearance of their parents.

Reverence is the absence of critical thinking

Current UNSAM fellow in a project on child victims of State terrorism, Perez transformed the material that forms the plot of his life into a novel but also constructed an essay on the consequences of state terrorism in all of society, in what is perhaps the most original book among a generation of writers – such as Félix Bruzzone or Laura Alcoba – who have taken the experience of being the children of militants of the 70s to build literature that resonates far beyond that question.

-How did the character of Princess Montonera emerge and the decision to write her diary?

-It arises in the writing itself. At one point, the idea that that “princess” – whom I had named a couple of times in other previous blogs – had a diary, and of recording in it things that have to do with the “little item” strongly appears. . This is how the blog was born. I’m starting to see that it works, that readers give me feedback, they tell me: “you make me laugh and cry at the same time.” And I begin to trust that there could be a way to talk about this with humor, which was not only the dark humor that he could handle with fellow activists in the field of Human Rights, but it could be something broader. 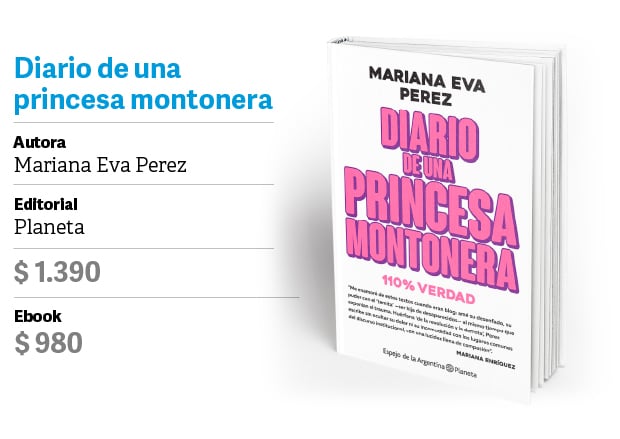 -This definitive edition spans a decade. When did you think your book could have a sequel?

-When I returned to live in Argentina, with the trial. There I wanted to resume the character, the need to write and show that contrast between that girl from the first part and the one who had returned returned.

-The one who leaves is a kind of thirty-year-old teenager and the one who returns is an adult. There is also something of a training novel in the book.

-I was the teenager who had not been when it was his age … But I do not see it so much in terms of stages of life but to find another way to live with the “little theme”. In the first part very by the way there are no children. The growth goes from “here there are no boys mixed up in the horror of this story” to opening up the possibility of being a mother, a wish that came to me already in Berlin, after the writing of the first part.

-In this new edition there is still a very interesting work with dreams. How did you work them?

-They are literal, the only thing that is 100% real. I strictly respected them because it seems to me that there is something there that is elaborated in a hidden way… all the rationalization and the rant of the narrator goes to hell, there is a conscious elaboration that later the dream denies. I would get up in the middle of the night and write things that many times later I did not understand, such as the dream where my father returns, which is very long and is full of details. I no longer dream like that, but at that moment the dream and the writing came together, it was their necessary reverse.

I dream that I am going to the Argentine Forensic Anthropology Team to look for his remains. I am trying to work out that his remains will no longer appear

-In those dreams the absence-presence of the disappearance of the parents and the question about their fate is strong.

-Yes, there is the question of violence, of the armed struggle, the fantasies about their destiny. I dream many times that I go to the Argentine Forensic Anthropology Team to look for his remains. Actually what I am trying to elaborate, and it is not easy at all, is that his remains are no longer going to appear. That what I wanted so much happens in dreams, nothing else, happens in the book. And what I understood after so many years of dealing with and theoretically studying these questions as well is that a book or a dream can be a resting place for the absent, an artifact that makes dueling possible.

– “I came back and I am fictions” or “110% real” are key phrases in the text. Can we speak of a limit between the real and the fictional?

-It’s hard. Where do you draw the limit if you are writing your own story with resources that are from literature? Even if I wanted to … there are things that I am not sure if they are how I remember them or how I told them, things that I had to go to look for the blog – which remained open – to my Twitter archive. I understand that this is how memory works, it is subjective, malleable, a fiction in some way. What was intended was to support me in what served the text. If inventing characters, removing another, melting two into one was what the book needed, I had no qualms about that. It is that 10 percent of play, of freedom, of literature.

Together. The Grandmothers of Plaza de Mayo Rosa Roisinblit with her grandchildren Guillermo Perez Roisinblit and Mariana Eva Perez, in 2016. AFP Photo

– I did not work it like that on purpose, I think it is something that is in my way of being. Perhaps I was more irreverent than I thought in light of how I fared within a more institutional militancy in the world of Human Rights. That “irreverence” did not fit within a certain way of doing politics. But irreverence is not disrespect. I greatly respect the struggle of my grandmother (Rosa Roisinblit, vice president of Abuelas de Plaza de Mayo), which is not the same as mine, even for the same reason. I argue with her because I respect her, because I recognize her as a valid interlocutor. It is one thing to recognize these figures who 40 years ago were the only ones to resist and who today make us proud as a country, and another to deify them and put them in a place of undisputed authority. Reverence is the absence of critical thinking.

-In that sense, you are very critical of what you call the “Human Rights ghetto”.

The expression is not mine to begin with. Not “hiji”, not “militontos” or other words of that slang that I use. These are things that I heard perhaps twenty years ago, among the companions of that moment. It could be much more self-critical and in fact I am, but in theoretical work: my thesis was the way I found to talk about the Kirchner period, its memory policies, the positions of Human Rights organizations.

-In the first part the narrator talks about writing “a story that I can inhabit, maybe even that I like to inhabit” How do those words resonate with you today? Diary comes to an end?

-I think that in writing I was partly able to find a small refuge where I could retreat when the water rises from the “little” and floods everything. Many times I said: “such a thing that I have to go through, I’m going to live thinking about how I’m going to write it,” and that really helped me, Princess Montonera worked like an imaginary superhero costume. It is an intimate but at the same time public diary and I think I was able to transcend my particular story to reach the other.

Diary of a Princess … (Excerpt)

And then, the day before the wedding, the parents come back. Thirty-two years have passed, but they are still young parents. They have almost no wrinkles. He has graying hair and a little long, which gives him a bohemian air, and just a little belly disguised by the height and elegance. She is dyed but her color and is a little more chubby. Dress well. He walks in heels like he was born with them. She puts on a lot of makeup but knows how to do it. Is beautiful. They come back and don’t give too many explanations. This is not the time. The important thing is that they are alive, that they came back and still love each other. And they did not betray themselves, that is also important. They did not go over to the side / nor were they in Paris / They did not give the money / or to anyone. / Pride / they were capable of the miracle / they resisted the irresistible machine / they resisted pain / terror / they are great / they are good parents / and better guerrillas / and now they return / they achieved it / the fantasy of Argentina / come true / dad deceived them / to the military / it is not clear how / it does not matter / it is a holiday / The father is going to deliver her in the chuppah / He respects her religious choice / The mother, who denied Yiddish / is happy. / He is going to wait for her under the chuppah in a gala dress / blue-green iridescent similar to Ana’s / and that fits her perfectly / The song she chose is already playing / Here comes the sun/ She nervously squeezes her father’s arm / and they move forward.

The CDU and the state elections: First save the captain