Princess Amalia of the Netherlands forgoes her 300,000 annual allowance until she completes her studies 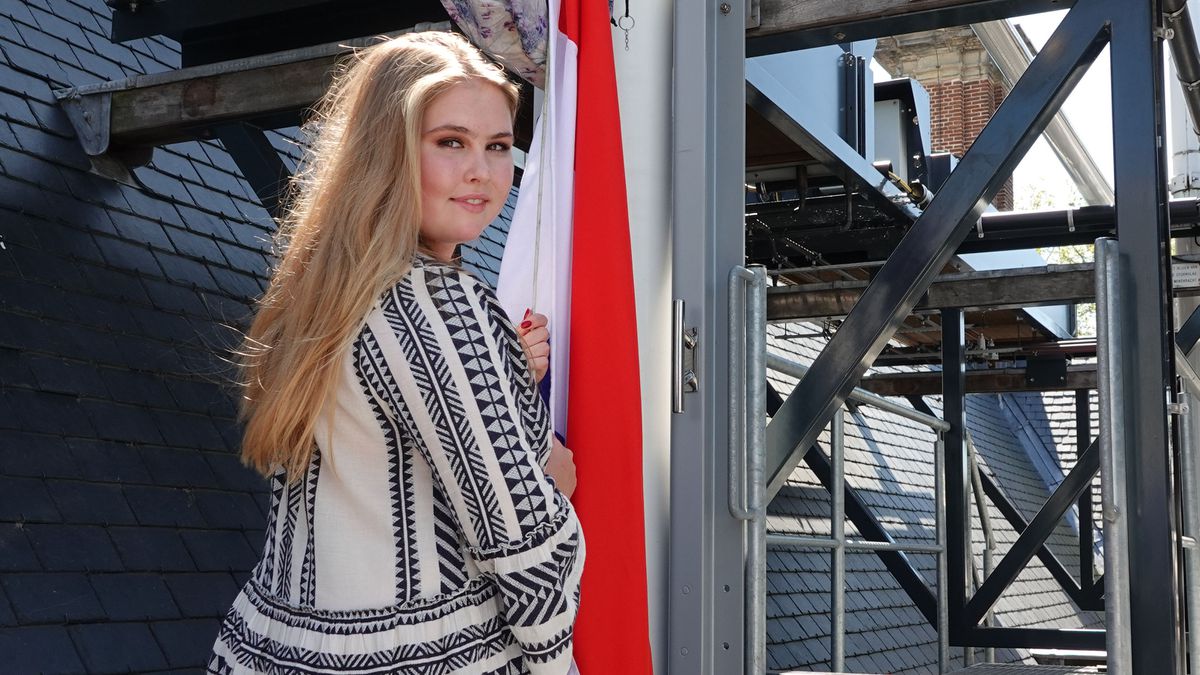 Princess Amalia of Orange, future Queen of the Netherlands, has written a letter to the acting Prime Minister, Mark Rutte, renouncing – until he completes his studies – the annual personal allowance of 300,000 euros that would correspond to him from the next 7 of December, when I turn 18. During the same period, he will use the remaining 1.3 million that correspond to him, according to the law, only if he incurs great expenses in his preparation as heir to the Dutch throne.

In her handwritten note, which became known this Friday, the young woman tells Rutte that she feels “uncomfortable with the stipend as long as she has little to offer in return, when there are other students who are having a hard time; especially due to the uncertainty of the pandemic ”.

Her decision has already been communicated to Congress, which had been critical of the money she had to receive, and also of the expenses incurred by her parents, Kings Guillermo and Máxima. The couple bought a two million euro yacht last year, and in October they interrupted their holidays in the luxurious Greek villa they own, amid the uproar caused by a trip made during the partial confinement imposed by the pandemic. Both episodes have damaged its popularity, which if in April it was 76% of the population, in December it fell to 47%.

The young woman does not yet have official events on her agenda, but with the letter, very polite, she begins to mark her own ground. He has waited for the grades, which are also good, since he has an average of 8, and he announces his intention to take a sabbatical before entering the University. Once he has explained what he intends to do with the assignment, he asks the prime minister for “understanding” at his farewell.

The coronavirus has altered that sabbatical year that Princess Amalia hopes to take before entering university, in the Netherlands. Under normal circumstances, she would have liked to take a trip around the world, but during the pandemic it is more difficult, so Dutch television has started to make plans for her. The RTL commercial chain offers you to volunteer in Africa, or to work in Argentina, the homeland of your mother, Máxima, the queen consort. Nothing is officially known, but the heiress does have to make herself known to her fellow citizens and gain life experience. Or as she herself has said: “Discovering things that you may no longer be able to do in the future.”

The princess is no stranger to the discomfort unleashed by the large amount of her remuneration. In September 2020, when it was made public that the amount designated for her in the State budget amounted to 1.6 million euros in total, this question was asked inside and outside Parliament: “Does Amalia earn too much money?” The figure can be adjusted annually, but the economic item appears in Article 40 of the Constitution, which stipulates that the kings, the former Queen Beatrice – who is today a princess – and the heir, when she reaches the age of majority, “receive a retribution from the State ”.

This year, the king has received 6.1 million euros, of which 5.1 million are for personnel and material costs. Apart from being tax free, you can use the palaces. The official explanation is that this is the best way to maintain an independent Royal House and that it does not lend itself to favors in exchange for money. Criticisms often come because of their tastes, from the yacht to the Peloponnese village, whose sale price was 4.5 million euros in 2012. Not forgetting the fiasco of 2007, with a house in Mozambique, which they sold before the rejection caused by a place so remote that it required long-haul flights and great security measures.