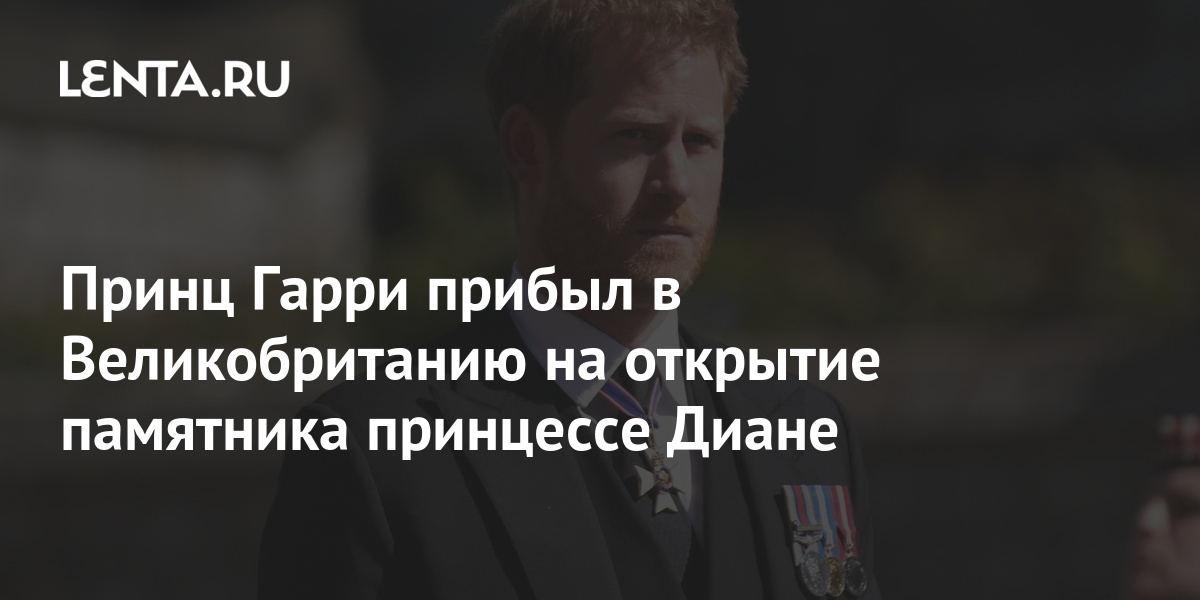 British Prince Harry arrived in London to unveil a monument to his late mother, Princess Diana. According to the Daily Mail, he was spotted at Heathrow airport.

Reported. that he had arrived at Frogmore Cottage, which Queen Elizabeth II of Great Britain had presented to the Duke and Duchess of Sussex for their wedding. There, Prince Harry will remain in quarantine until July 1, and then will join his older brother Prince William at the event. This will be their first meeting since their grandfather Prince Philip’s funeral in April this year.

“Prince William and Prince Harry will take part in a small event dedicated to the unveiling of the statue they commissioned for their mother Diana, Princess of Wales, in the Sunken Garden of Kensington Palace,” Her Majesty’s press office said.

The event will be held behind closed doors, and only close relatives of Diana Spencer, as well as members of the statue committee and sculptor Ian Rank-Broadley, will attend.

Prince Harry’s wife Meghan Markle stayed in American Montecito with her two-year-old son Archie and Lilibet’s newborn daughter Diana Mountbatten-Windsor. The girl, as reported by the Dukes of Sessex, was named after Elizabeth II – such a nickname for the future queen was given by her sister Princess Margaret in childhood.

Earlier it became known that Prince Harry and his wife Meghan Markle continued to receive money from the royal family after the “final break” in early 2020, although in an interview with Oprah Winfrey, the Duke of Sussex claimed that the family completely stopped helping him financially in the first quarter of last year. immediately after leaving the United States.