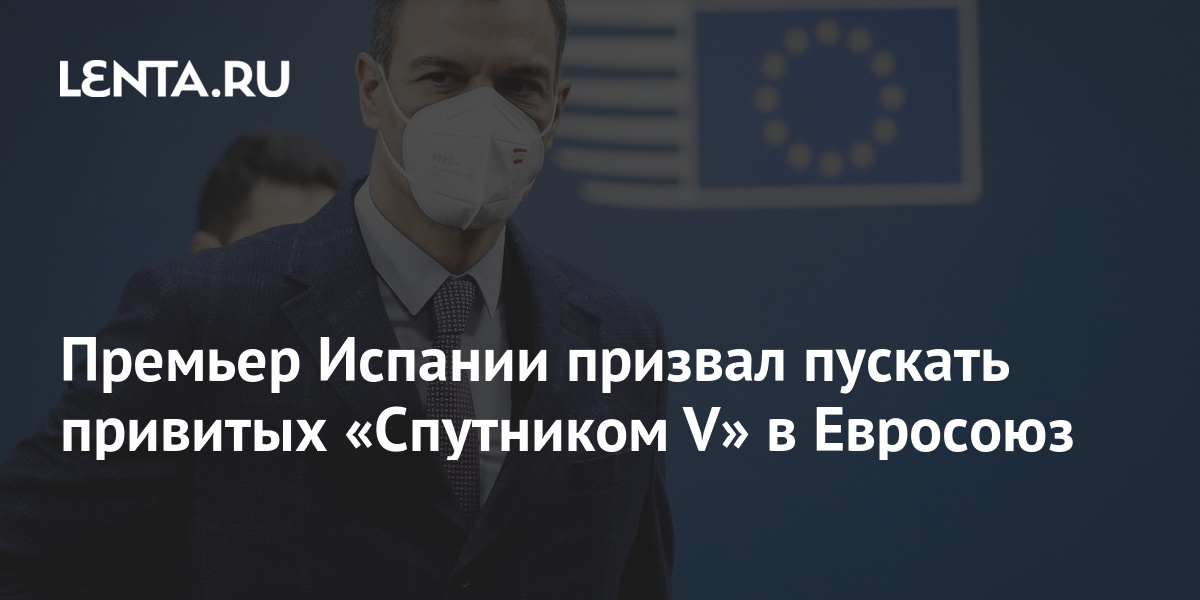 Spanish Prime Minister Pedro Sánchez has called for citizens who have received the Russian vaccine against the Sputnik V coronavirus to be allowed to enter the EU. The politician said this during a visit to Argentina, his words are transmitted TASS…

He explained to reporters that the EU is currently discussing this issue. “I dare say that these are obviously vaccines, so they should not be an obstacle to moving between continents or visiting the European continent,” Sanchez added.

In Argentina, the Russian vaccine began to be produced on June 4. It will be released in the country under the name “VIDA Sputnik”. Initially, it is estimated that one million of each vaccine dose will be produced.

Spain from June 7 opened the borders for vaccinated tourists. However, the drug “Sputnik V” was not included in the list of those providing entry into the country. Nevertheless, as early as May 12, visa centers of the kingdom began to issue entry documents to Russians, and the country’s authorities expressed the hope that in September 2021 Russian tourists could be allowed to visit Spanish resorts.