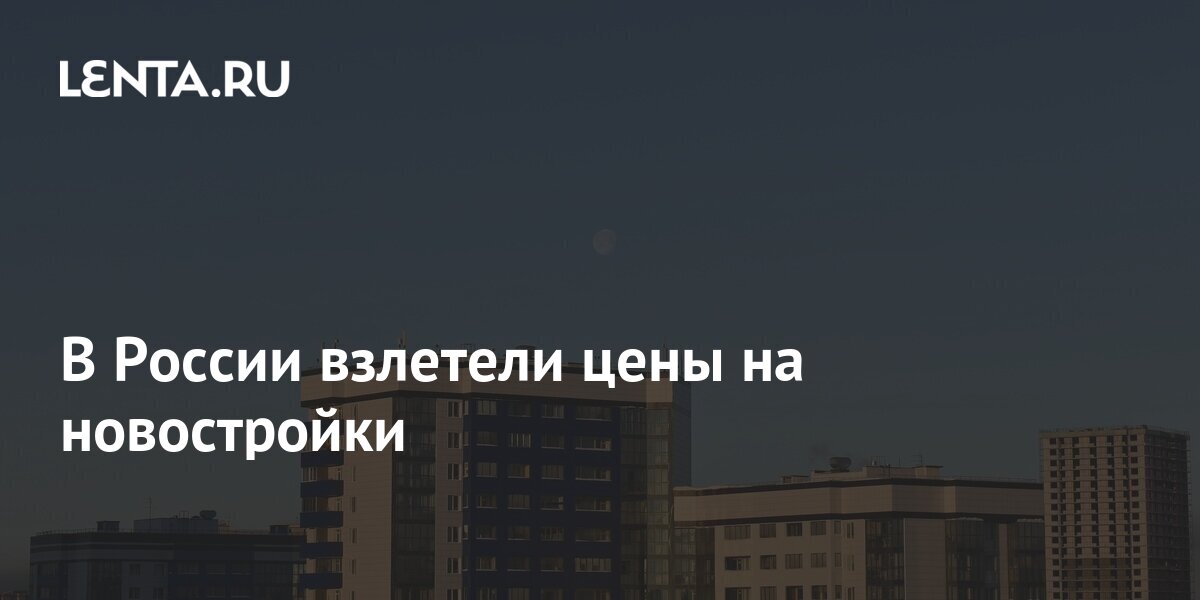 Experts in the field of real estate talked about the rise in prices for primary housing in Russia by 17 percent. In the first six months of 2021 (from December 2020 to June 2021), the cost of one square meter in new buildings soared to 118.5 thousand rubles, Izvestia writes.

The head of primary and suburban real estate at Avito Real Estate, Dmitry Alekseev, said that housing in Russia also rose in price in the second half of 2020, having increased in value by 17 percent in December compared to June.

Alexei Popov, head of the Cyan analytical center, believes that prices are growing “against the backdrop of shrinking demand.” “Secondary housing rose in price at the beginning of the year, in May-June prices began to stagnate,” the specialist added. At the same time, Rosstat said that the growth in the cost of primary apartments in the second quarter of the year was six percent compared to the first quarter.

According to the head of the center for new buildings of the federal company “Etazhi” Sergei Zaitsev, in the first six months of 2021, the demand for primary housing fell by an average of 15-20 percent. This situation has developed since many Russians have already purchased real estate. In addition, the purchasing power of citizens also affects pricing. The expert suggested that housing will continue to grow in value due to the rise in prices for building materials.