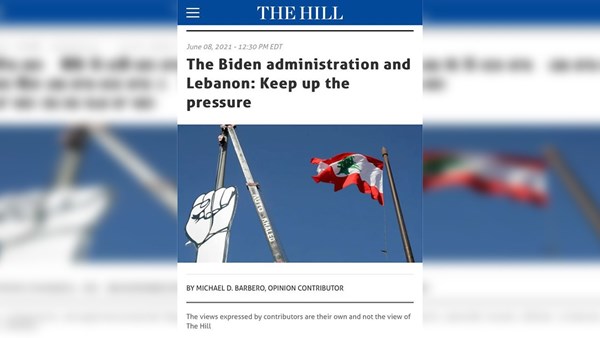 Over the past several years, the international community has watched the tragedy in Lebanon unfold as the country continues to rapidly descend into the ranks of failed states, and although everyone knows the reasons and the parties responsible for this, the international community is still not playing its role effectively towards holding these parties accountable and stopping their destruction. While the corrupt ruling political class in Lebanon has produced this disaster, it is also complicit in handing the tools of power to the terrorist Hezbollah militia and enabling it to build its state within a state.
Recent reports describe how Hezbollah established its own ration card system, storing food and fuel in order to extend its control over vital sectors of the nearly collapsed Lebanese economy.
Similarly, with the continued collapse of the Lebanese economy and the failure of its state financial and banking sectors, terrorist militias moved to present an alternative bank to expand their influence and tighten their grip on the Lebanese economy, according to the American writer Michael Barbero, a former military commander in Iraq, in an opinion piece for the newspaper “The This study describes how corrupt politicians and their associates, who run well-known front companies, work in coordination with Hezbollah and the corrupt judiciary to control the energy market in Lebanon.
The writer said in his article that “Unfortunately, with the failure of other sectors in Lebanon, this model of Hezbollah’s work with its Lebanese allies to bridge the gap will help it control all aspects of the country. This is the model of Hezbollah, to be the one who lights the fire and who puts it out, He actively undermines government institutions and private enterprises and then fills the void with his purported charitable services in order to establish his dominance.”
If there is any hope for the Lebanese people, it lies in the international community’s latest action to hold the most corrupt Lebanese to account: politicians allied with Hezbollah and the leadership of Hezbollah.
The free world and the international community are waiting to see if these and other punitive measures by the United States and the European Union can slow the deterioration or stop the “Party of Fitna” in Lebanon, but the US-led West cannot abandon Lebanon in pursuit of a distant nuclear deal. Al-Manal with Iran, according to the writer, who called on the United States, in coordination with its allies, to maintain pressure on the party and its corrupt allies in Lebanon, stressing that the European Union should impose travel bans and freeze the assets of individuals, and the United States should expand the use of Treasury sanctions to the Office of Oversight Foreign assets to target corrupt individuals.