Premium tower, top brands and even its own pedestrian: more luxury for an exclusive area of ​​the GBA 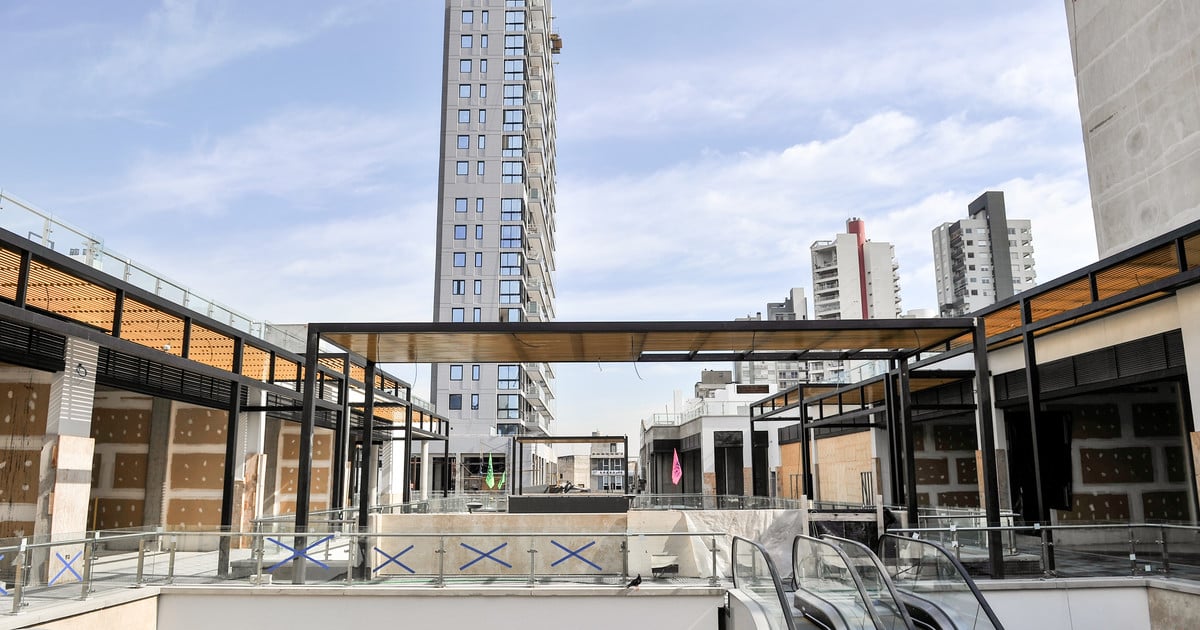 Construction started in 2018 and despite the quarantine in 2020 due to the coronavirus pandemic, it put it on pause, and it is practically ready to be inaugurated. It is a luxury development for one of the most exclusive areas in the south of the GBA.

Las Lomitas Street & Residence is in the Lomas de Zamora area that bears that name and the project demanded a investment of 15 million dollars. It is a new concept for the area since it combines all the facilities of a shopping center with more than 70 stores, with a residential proposal in a 20 story tower of residences.

Render. The work lacks details. They plan to open it between September and October. Photo: Maxi Failla

It is an open-air shopping mall with the extra appeal of a own pedestrian street that crosses the entire block. And two underground parking for 200 cars.

It is already 70% commercialized and will open its doors between mid-September and October. Its commercial premises include the gastronomic pole, with more than 12 proposals such as Dashi, Le Pain Quotidien, Carne, Baumm, among other restaurants that will complement the wide offer in the area.

The developer is the DMAZ Group, with a long history in the commercial and retail business. In addition to this project, it is developing the Bella tower in Guatemala and Godoy Cruz, one of the tallest buildings in the City.

The Lomas de Zamora project, according to the developers, is intended for residents with high purchasing power who can access a luxury home, but at the same time want stay in the neighborhood your whole life where his family also lives, where they went to school and where his children go too.

The tower has apartments of 2, 3 and 4 rooms of up to 180 square meters. Photo: Maxi Failla

The residential tower has units of 2, 3 and 4 rooms, of up to 180 square meters. They have a private garage and among the amenities, a pool with a panoramic view, changing rooms, children’s play areas, multipurpose room, barbecue area with grills, area for pets, laundry and massage rooms.

In addition, through an agreement with SportClub, the complex will have a club of 1,600 square meters and a semi-Olympic pool, which will be available to residents through exclusive access, but which will also be open to residents of the neighborhood.

Former Puma Serafín Dengra, who has worked for SportClub for 20 years, assures that this is the “best gym” in the chain.

Ramiro Pentreath, commercial director of Las Lomitas Street, is also a neighbor of the neighborhood and ensures that people will meet the “Most beautiful shopping street in the southern area”. And he adds: “We are developing the first private pedestrian street where commercial and gastronomic premises coexist, a 20-story residential building and two underground parking spaces for more than 170 cars.”

The developers, who estimate that the completed project will generate 500 direct jobs, are also in talks with the best designer and apparel brands.

Maria Cher, for example, will have her first exclusive store in the area. Marina Tucci, its director, defines Las Lomitas’ comprehensive proposal as “ideal to provide the experience” to its clients. “We have supported the project from the beginning to make a strong commitment to the south,” he concludes.