Prehistory Mating between modern humans and Neanderthals has been more common than known, research may revolutionize the understanding of the history of migration 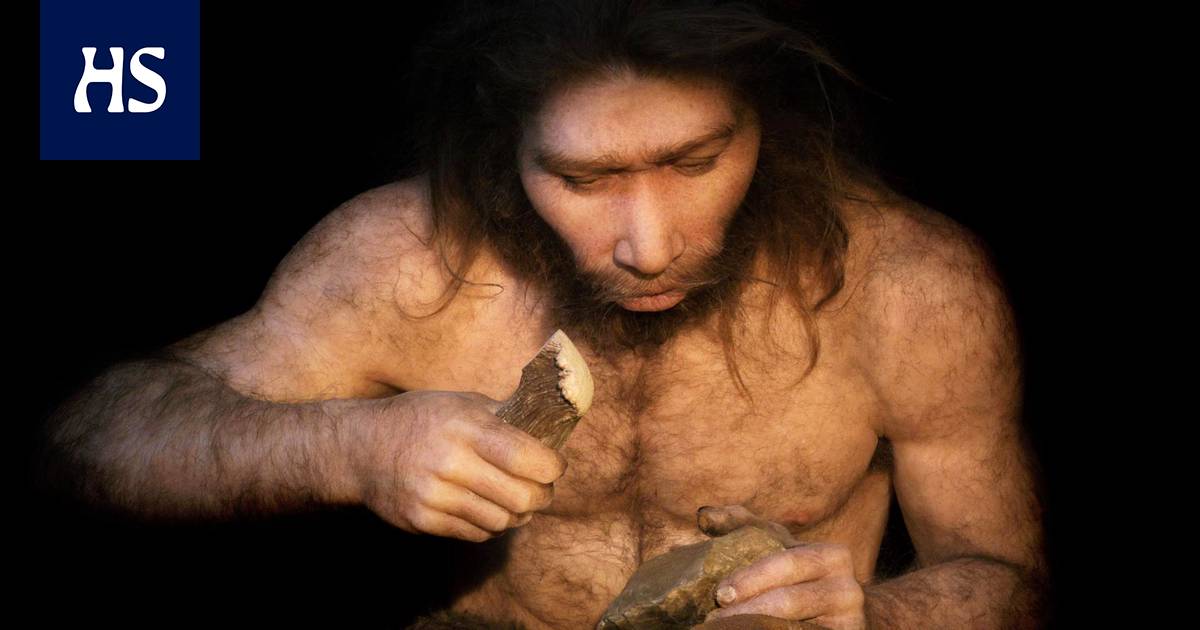 Mating with homo sapiens may explain, at least in part, why Neanderthal humans disappeared. On the other hand, migration may also have been devastating, suggests a new study.

About From people who lived 45,000 years ago, a DNA has been isolated that reveals new information about the first Europeans today. The discovery is described as revolutionary and shows how common the intersection of Neanderthal and homo sapiens humans has been.

Modern man that is, homo sapiens is known to have been born about 300,000 years ago in Africa and began to migrate from there around the globe. At times, they encountered Neanderthal people who already lived in Eurasia. The men found in the Bacho Kiro cave in Bulgaria are known to be the oldest members of the species homo sapiens that have so far been able to be identified with certainty in Europe.

Between 3% and 3.8% of Bacho Kiro’s male genes were Neanderthal human genes. They have had Neanderthal ancestors five, six or seven generations before their own lifetime, said the geneticist Mateja Hajdinjak From the Francis Crick Institute in London. Hajdinjak led the study, which was published in a scientific journal on Wednesday In nature.

Neanderthals disappeared about 40,000 years ago. Homo sapiens and Neanderthals have been known to have mated with each other in the past, but the dynamics between the two species during their lifetimes is little known. New DNA findings show that mating with each other has been more common than previously known, says researcher at the Max Planck Institute for Evolutionary Anthropology in Germany Svante Pääbo. Pääbo was also involved in the study of the remains found in the cave of Bacho Kiro

“It is possible that the Neanderthals disappeared precisely because they mingled with larger groups of modern humans. That may be only part of the reason, but the research supports that possibility, ”Pääbo told Reuters.

Bacho Kiro The descendants of the men found in the cave are still alive today. However, the researchers were surprised that, based on the genes, no offspring could be found in Europe, but in East Asia and the indigenous peoples of North America. So probably at least some of the descendants of people who lived in Bulgaria 45,000 years ago have at some point left to migrate.

According to Mateja Hajdinjak, chief researcher of the group that studied the remains of the people of Bacho Kiro, their research changes the perception of the history of human migration.

“The history of the first people in Europe may have been turbulent. It may have involved population changes, ”Hajdinjak said.

The assessment is supported by the fact that the remains of a woman who lived 35,000 years ago were also found in the Bacho Kiro cave area. Based on her genes, this woman was not related to men who had previously lived in the area.

Reuters another recent study on the history of modern Europeans also supports the observation of migration. The scientific publication A study published in Nature Ecology & Evolution had examined DNA from the skull of a homo sapiens woman found near Prague, Czech Republic. The woman may have lived as long as 45,000 years ago, but the timing is uncertain.

According to the group that studied the woman’s genes, this woman also had about three percent of the genes of a Neanderthal human. The group’s findings suggest that the woman has had dark skin and dark eyes. Researcher at the Max Planck Institute, which led the research group Kay Prüferin however, the genetic offspring of this woman cannot be found in the modern world.

Archaeological excavations were carried out in the cave of Bacho Kiro in 2012. The 45,000-year-old remains of modern humans, now analyzed in the study, were found at that time.­Picture: TSENKA TSANOVA MPI-EVA LEIPZIG

She was treated for tuberculosis, but later doctors discovered that she had a condom in one lung