Prayagraj
The case of death by drinking poisonous liquor in Lucknow, Uttar Pradesh, did not stop that 5 people died due to drinking of liquor of government domestic liquor in Phulpur, Prayagraj. Apart from this, 13 people are in critical condition. All have been admitted to Swaroop Rani Nehru Hospital, Prayagraj. Seeing the seriousness of the incident, Prayagraj DM, SSP and Excise Department officials reached the spot and started investigating. It is believed that alcohol was poisonous. All the officials who reached the spot are finding out how the all-out poisonous liquor reached the government contract shop.

According to the information, there is a country liquor contract in the name of Rambabu Jaiswal shop, located in Agarapatti on Amilia village Tirahe in Phulpur in Prayagraj district. Like every day, there was a gathering of drinkers from Friday evening. Not long after drinking alcohol, suddenly many people started falling on the ground one by one. The rest of the people who were drinking alcohol got a stampede. Alam was that people made noise of poisonous liquor and threw bottles and started running away.

13 people in serious condition due to drinking alcohol
13 people are in critical condition after drinking poisonous liquor. In this, Konar, resident of Tarachandra, full of Jagdish resident Mali, Amilia, resident of Prabhunath Patel, and one other have been admitted to the hospital. Many more people have been admitted to other hospitals in the area. Currently, the police have sent the dead bodies for postmortem. The police has started investigating what caused the death.

Many government contract shops have been sealed
On the other hand, after the death of 5 people, the district administration got into action and on the spot, the District Officer, SSP and Excise Department officials have been involved in the investigation of the incident. The administration has sealed several government liquor contracts in Phulpur area with Amilia Tirahe’s shop. A salesman is being arrested and questioned. 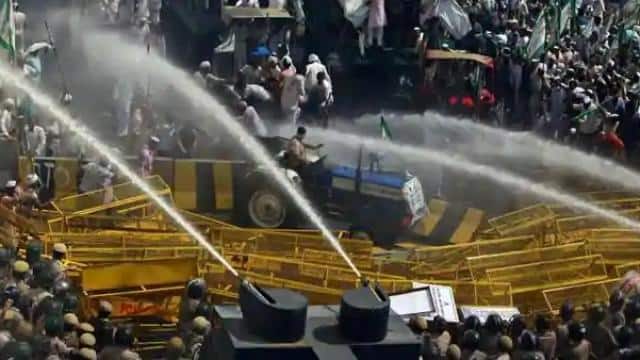