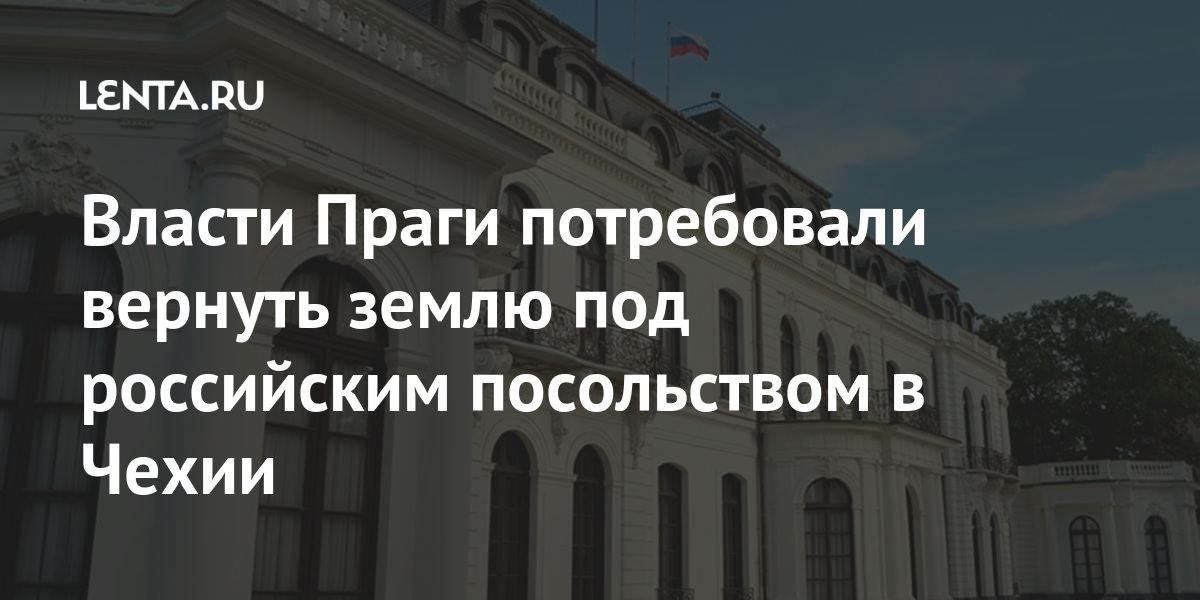 The Prague authorities demanded that Russia return the territory where the Russian embassy in the Czech Republic is currently located. This was announced on Monday, April 19, by the head of the Prague-7 district Jan Chizzynski in his Twitter-account.

“The Prague City Council called on the Czech government to negotiate the restoration of the Russian embassy square to the state that preceded the invasion of the Warsaw Pact troops in 1968. In 53 years, the occupation of a part of Stromovka by the Russian Federation should finally end, ”Chizhynski said.

According to Novinky.cz, we are talking about the former part of the city park Stromovka with a total area of ​​about half a hectare, which was gradually occupied by the Russian diplomatic mission. In the vacated territory, the city authorities plan to restore green spaces.

As the newspaper notes, the Stromovka Park in Prague in 1968 was occupied by the troops of the Warsaw Pact, who set up a camp there. Later, part of the park was occupied by the embassy of the USSR, and this territory did not return to the use of the city after the departure of Soviet troops from the Czech Republic in 1990-1991.

On April 18, Moscow declared 20 employees of the Czech Embassy persona non grata. This decision was a response to the expulsion of 18 Russian diplomats from the Czech Republic the day before. They are suspected of working for the Russian special services, which Prague considers to be involved in the explosions in Vrbetica in 2014. In addition, the Czech Republic has put the Russians Alexander Petrov and Ruslan Boshirov on the wanted list. They are said to have been at the site of an explosion at a warehouse in Vrbetica in October 2014.

The explosions occurred on October 16 and December 3, 2014, as a result of the first two people died. An estimated ten thousand kilograms of ammunition, including medium-range missiles, exploded. The reason for the incident remained unknown, according to one version, the explosion happened due to the negligence of the workers.

The South American Club League, that Angelici attempt to put together a 'parallel Conmebol' that vanished

Interview with the head of the network agency: “Germany has enough electricity”

Income differences The Finnish pension system smooths income disparities, but according to the expert, a mating trend is underway, which may increase wealth disparities