Pozner announced a well-deserved punishment for Russia at the Olympics 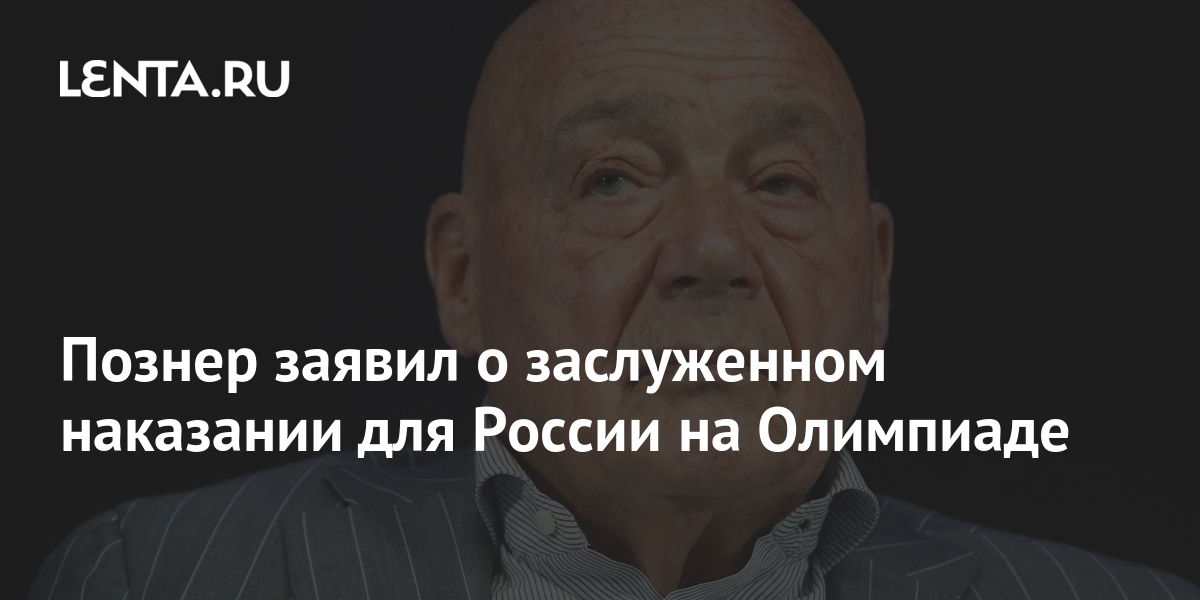 TV presenter and journalist Vladimir Pozner, commenting on the results of the Russians at the Olympics, said that Russia deserved punishment for the doping scandal. About this he told in an interview with Match TV.

He believed that the Russian team in the medal standings would be either fourth or fifth.

It seems to me that if it were not for this scandal in rhythmic gymnastics, we would be fourth. To be honest, I think we performed as well as we could. You can be satisfied with these results

On the results of the Russian national team

Commenting on the scandal at the finals of the rhythmic gymnastics competition, the journalist expressed the opinion that there is no obvious result in this sport, like in running or long jump.

“A person judges, but these are tenths and hundredths of a point. There may be personal sympathy, antipathy, which also affect a person. People are people. I think “, – said Posner, noting that he considers the results of the competition unfair in relation to the Russian gymnast.

When asked by a journalist about whether politics could have influenced the second place of the Russian woman, Posner admitted that it was “quite possible.”

The journalist said that many people related to sports in Russia admit that doping was widely used. “When it was discovered, we denied it, we lied, we deceived. So what do you want? So that everyone thinks that we should be banned from participating in the Olympic Games? ”Pozner said.

And surely there are people who will argue that this is a bad attitude towards Russia, but we will never know this. It seems to me that these conversations are meaningless. Yes, it happened. What to do? Not the first time and not the last.

About the attitude towards Russia at the Olympics

In his opinion, Russia has earned such an attitude towards itself. “In my opinion, it is not enough, non-publicly, it is not clear how people who were involved in the spread of doping were punished, knew about its existence, but did not fight against it,” he concluded.

On August 7, Russia’s Dina Averina won silver in the individual all-around rhythmic gymnastics at the Tokyo Olympics. Gold went to Israeli Lina Ashram. The Russian gymnast lost only 0.150 points (107.650 points to Averina versus 107.800 points to Ashram). At the same time, the Israeli made a gross mistake by dropping the shell, but the judges practically ignored this violation.

During the competition, the coaches of the Russian national team filed four protests against the judges’ decisions, but only one of them was satisfied. Later, the Russian Olympic Committee (ROC) appealed to the leadership of the International Gymnastics Federation (FIG) about judging the rhythmic gymnastics competitions at the Olympics.

Russia took gold in rhythmic gymnastics at the Olympics

For the first time in 25 years, Russia was left without gold in rhythmic gymnastics. The last time the Russians were left without first place at the 1996 Olympics in Atlanta.

The Russian national team at the Summer Olympics in Tokyo took the lowest place in the medal standings since 1912. Russian athletes with 71 medals (20 gold, 28 silver and 23 bronze) finished in fifth place. Prior to that, in the history of Russia, the team never fell below the fourth line.

Green Pass: Dragons forward, but with caution. A bomb ready to explode …